This morning, a couple of weeks later than expected, the new South Quay station on the DLR opened to the general public.

There was already a South Quay station, but it couldn’t be extended for the new 3-car length trains, so they built a brand new station a hundred yards or so further along the line.

And a rather nice station it is – and not just because it is clean and still devoid of black chewing gum spots. Being built over a link between two docks, people waiting on the platforms will have very nice views across the water.

The escalators are also low-energy in that they run slowly when no one is using them, then speed up when someone approaches. Seen it before and while a bit weird when you first use them, it is something you get used to quite quickly.

One issue in the design which may be a problem, or not – is that there is a concrete “barrier” right next to the up escalator on the southbound platform – and will surely be jumped over by most passengers. Expect another barrier to be installed there when some idiot hurts themselves, then complains it was the fault of the DLR.

The old station is already being demolished.

The fluff piece from TfL is here. 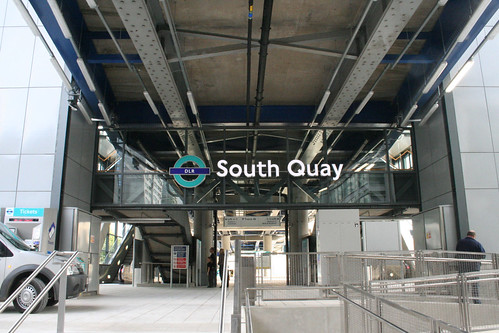 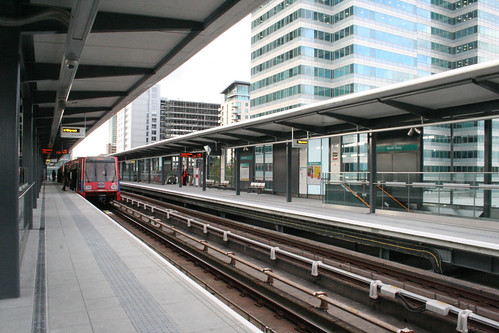 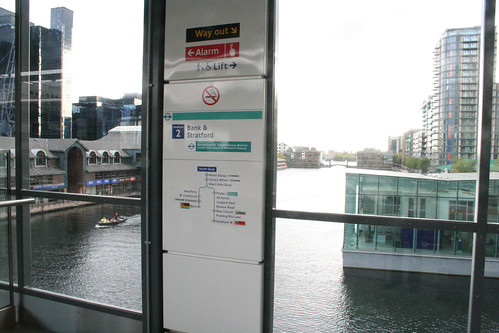 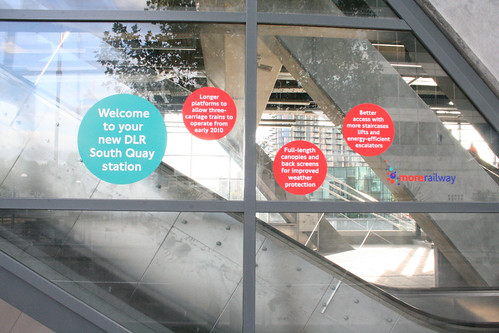 More photos over at Flickr – and some photos taken the weekend the station was originally expected to open.