The nature reserve squashed in between three railway lines

Published 28 January 2013 by Events and Tours

Surrounded and isolated by three railway lines, an unexpected nature reserve has emerged in West London – the Gunnersbury Triangle.

Before the railways, the land was a mix of orchards and gravel pits, but the unpromising land was bought by various railways who criss-crossed the area and they eventually surrounded a triangular plot of land.

Used as allotments by railway staff, the site was abandoned after WW2 and left to return to a more natural habitat. 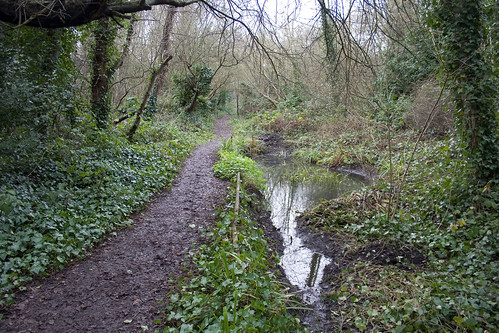 Just under 30 years ago – in July 1983, a public inquiry into plans to redevelop the site rejected the plans and saved it for posterity as a nature reserve.

Now looked after by volunteers under the stewardship of the London Wildlife Trust, the nature reserve is open the public for a wander around, and on a cold winter’s afternoon, I was almost the only person to choose to do so. 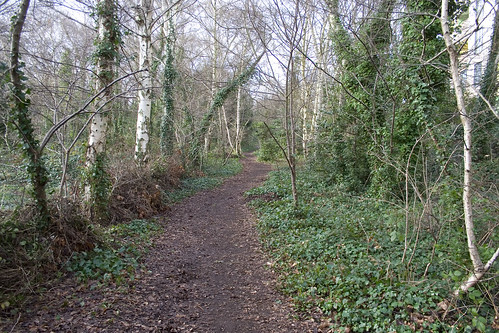 One father and kids and a photographer with a big lens evidently concerned with non-human wildlife were the only other visitors to the park. Possibly understandable as winter is often when people avoid the woods and parks, but I find them quite delightful at this time of year.

The plants have retreated a bit so you can see further into the depths of the woodland and the muddy leaf strewn paths are a childish pleasure to squelch through.

Most of the reserve is woodland, with a few glades and ponds dotted around the place and apart from the persistent background rumble of the local roads and the occasionally deeper sound of passing trains, you can almost forget you are in the middle of the city.

Around the main pond area the soil has been piled up to create a bit more variety for walkers to scramble around, or stick to the easier managed steps. 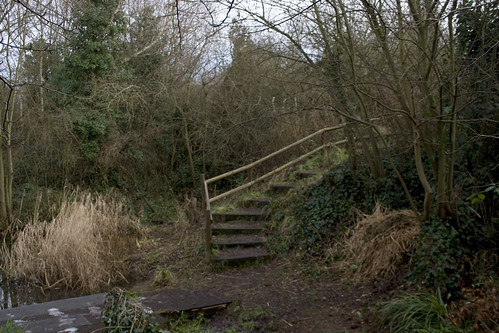 There is some discouraging to go wandering off wherever with woven wooden fences in places, and yet despite that and the modest size of the place, the maze like paths meant I still managed to get slightly lost in there.

Do look out for small wildlife explanation signs dotted around the place, and the hopefully very oversized stag beetle signs pointing towards the bugs hotel. 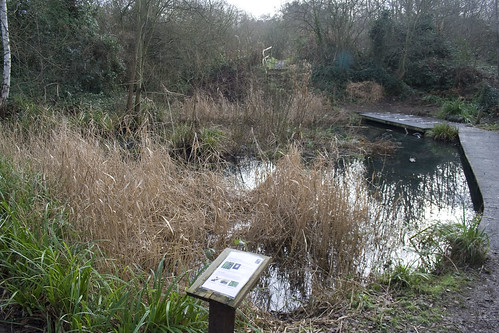 The nature reserve is open daily with the sole entrance opposite Chiswick Park tube station (map link), and the trust organises events a couple of times a month to help maintain the place. 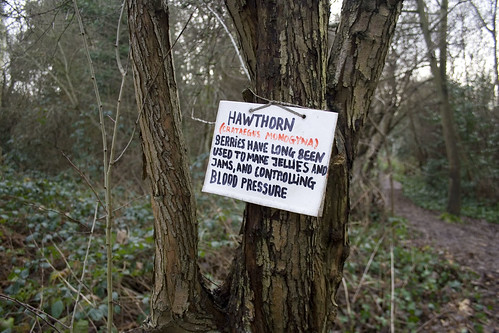 The organisers are putting up a campaign to stop some local light industrial buildings being turned into a block of flats.