The Met Police opens its “Black Museum” to the public

The contents of one of London’s most secretive private museums has gone on display for the very first time.

It hasn’t been called the Black Museum for a very long time, but the name persists and the Met Police’s “Crime Museum” has been a subject of myth and rumour ever since it was founded back in the early 1870s.

Officially, it’s a collection of artifacts that can be used for training new police officers in what to expect, but of course that belittles what it has really become… a repository of the darkest periods of London’s history. 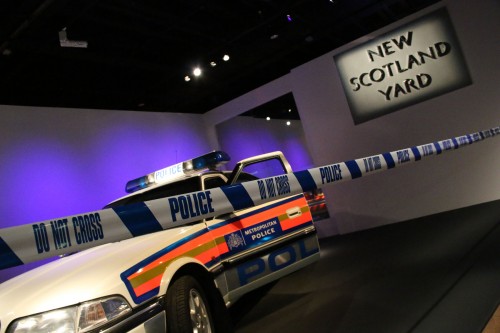 However, where there is crime, there are victims, and this leaves a museum of crime with a delicate act — on one hand gore and voyeuristic fascination, but on the other hand respecting that people died and suffered.

Which is why, apart from the occasional celebrity or journalist, it has never been opened to the public.

Putting some 600 items out of the museum’s 2,000 objects collection on display has therefore been a case of informing, while hopefully avoiding the excesses of the penny dreadfuls.

So, although the request came from the Met Police, it is the Museum of London that has curated the display, which they aim to show off not just the implements of crime, but also remember the victims as well.

It’s not mawkishly sentimental, and in some respects at times, society’s own mistreatment of prisoners is also remembered, but what is a collection of objects has managed to become a wider story of the breadth of crimes in London throughout the ages. 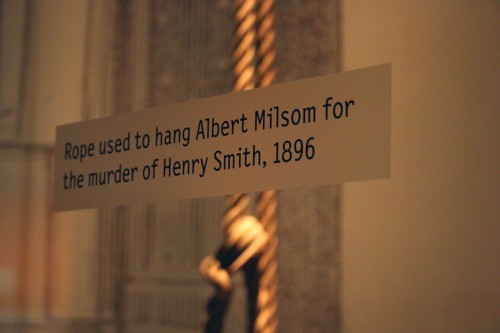 Everything from the heat of the moment use of a kitchen knife to carefully planned bombs and crafted murder weapons are covered. Crimes against material wealth rather than the body are also included, such as counterfeiting equipment, and espionage.

The display is laid out in a few zones, starting with the 19th century as a pastiche of the old Black Museum itself, but the most dramatic room is next, where 24 cabinets of curiosity have been lined up against a wall, each devoted to a single crime.

The mugshots that line the wall are not a rogues gallery, but a mix of criminals, detectives or victims — had it been just criminals, it would have been a wall of 23 men, and one woman. 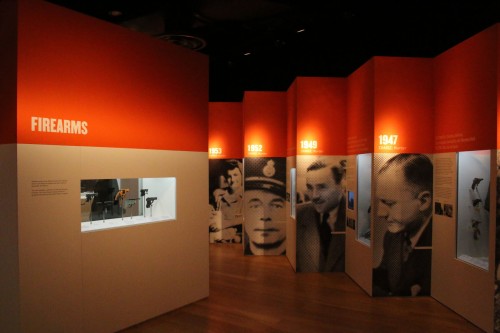 The Crime Museum is not something which has ever had a specific style to its collection, possibly mirroring the old Victorian gentleman’s collections which were made up of whatever the collector fancied. So the collection here can be obvious, such as the murder weapons, sometimes, seemingly bizarre, such as a collection from a model of living room that featured in a court case.

The display is also laid out, with a mix of cabinets per crime, and elsewhere, zones related to the genre of crime, such as fake guns, or police investigation techniques. Some of the crimes chosen were selected less for their innate barbarity, than for how they marked significant points in criminal detective work. 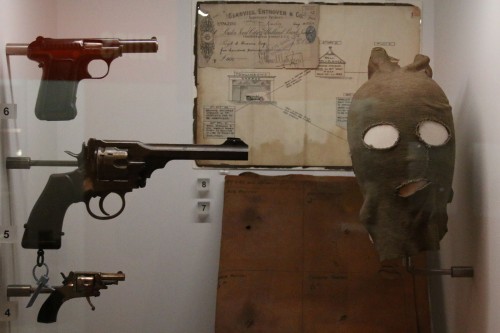 Not all the weapons are obviously weapons — such as the piece of seemingly random tree branch which was used as an improvised weapon. Elsewhere the dark genius of human ingenuity is on display, in the horrific binoculars which would have blinded the unfortunate person who used them.

Part of the genius of the display though is to bring us who live in the light closer to the dark side of human nature. Some of the artifacts on display should send a shudder through any decent person.

We’ve heard of nail bombs, but such a short phrase belittles the sheer horror of seeing a briefcase packed full, not of domestic nails, but huge industrial nails destined to become lethal projectiles. Carnage on an industrial scale. 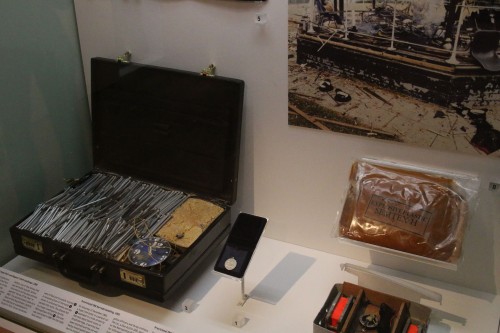 Humanity’s ingenuity is shown in the form of poisons, but her who is the real victim? The poisons and implements being for the use by backstreet abortionists. A crime no doubt, but was the woman the criminal, or society for driving women to such ends?

As a display, the thoughts you are left with can be a wide-ranging and bewildering as the collection itself. It’s both a display of the cleverness of humanity to find ever more ingenious ways to secure a personal goal, and also the desperation that some can feel and their desperate attempts to escape a dreadful situation.

We have a tendency to be fascinated by the outrageous, and remember the headlines. We all know who the Krays are, who Jack the Ripper is supposed to be, Dr Crippen, etc., but how many of us can name their victims? The exhibition doesn’t shy away from the criminals, it is after all their implements that are on display, but it seeks to remember the unremembered victims, to put faces to the names we forgot.

And it reminds us that at times, criminals can be as much victims of their circumstances as the people they attack. 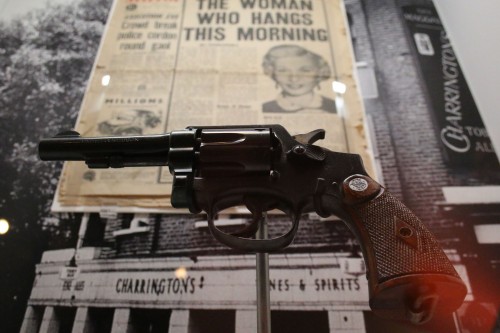 The display ends with a thoughtful video from the curators and police on how they put the exhibition together, and a list of victim support helplines.

The Crime Museum Uncovered is open from this Friday, until next April. Entry is from £10. They recommend that you book in advance. 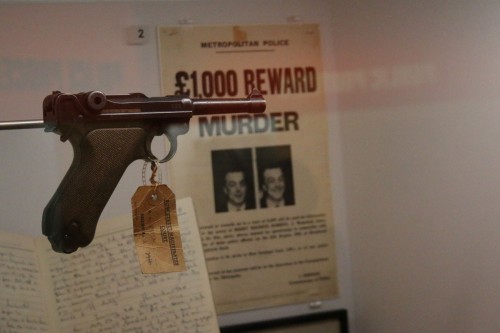 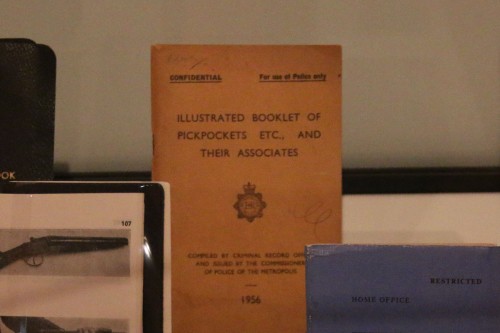 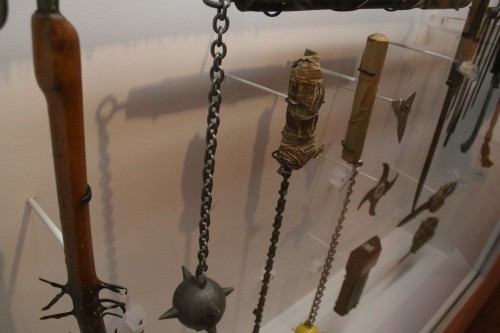 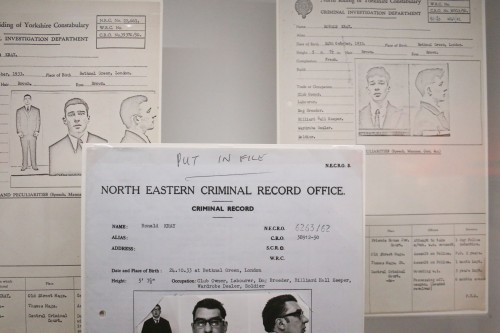 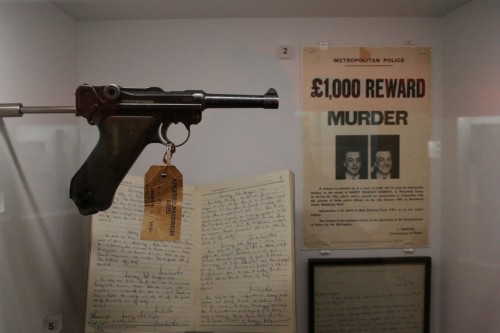 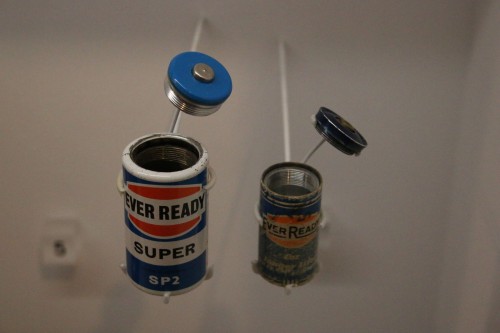