Abram Games was a Jew, born to immigrant parents from Eastern Europe, who was to go on and define an era in poster design and artwork.

I note his heritage, as it is the Jewish Museum who have chosen to put on a display about his art, his design, and his Jewishness.

Although he studied art, he left after just a couple of terms, thinking that learning on the job would prove more productive, not to mention, with a wage packet, more lucrative. However, he was fired in 1936, which the museum delicately says was due to conflicts with his employer. They brush over the incident of jumping over chairs for pranks while at work.

Freed from the constraints of working for someone else, he set up as a freelance, and was swiftly wining commissions with his modern airbrush designs. 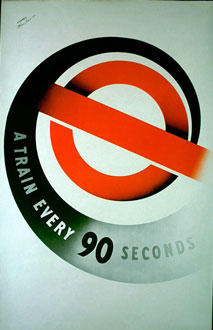 One of his early works includes a famous poster for the London Underground.

Enrolled in the army, he was swiftly removed from fighting with guns to fighting with the pen — and specifically fighting diseases and loose tongues.

It was however in the post-war years that he was to create what is his most recognisable piece of work — the Festival of Britain logo.

Another historic commission was the first ever animated TV idents for use on BBC TV, a loop of which is running in the exhibition.

Otherwise, he spent the rest of his years in worthy and productive labours producing posters, some famous and others probably forgotten by the majority of people.

The exhibition is mostly about his work, but the central section of the room is about the man, and his Jewish heritage, which the museum unsurprisingly seeks to highlight. 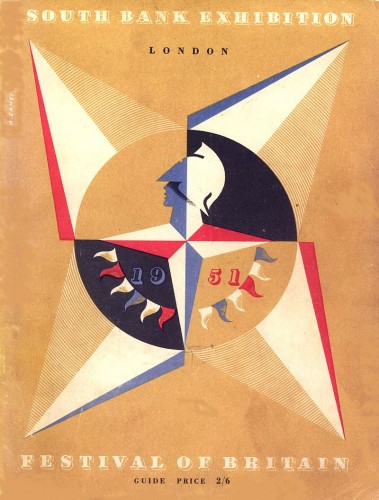 Anyone with an interest in graphic design will enjoy the exhibition, although it would have been nicer to see more about the design process. As it is, it’s more an exhibition about the man, with posters as a decorative background.

The exhibition is at the Jewish Museum in Camden until the 18th January, and opening hours are Sunday to Thursday 10am-5pm, and Friday 10am-2pm. Note: it’s closed on Saturdays.

Entry is supposed to be £7, but I’ve never paid to go in, even though entry requires pressing a button for security to open the door, and usually two reception desks checking why you are are visiting.