The lost library of the Tudor Magician Dr John Dee

Published 8 May 2016 by London exhibitions

One of Tudor England’s most extraordinary and enigmatic figures is the topic of this exhibition at the Royal College of Physicians.

Dr John Dee, less Dr during lifetime than afterwards, is a curious figure, part scientist — as the term was understood then — and part an icon for the Victorian occult.

His life was as turbulent as you might expect in those religiously turbulent times, and he suffered serious hardship thanks to rumours about his demonic arts.

Although much of his library was destroyed, some survived, and is now on display in the College building. 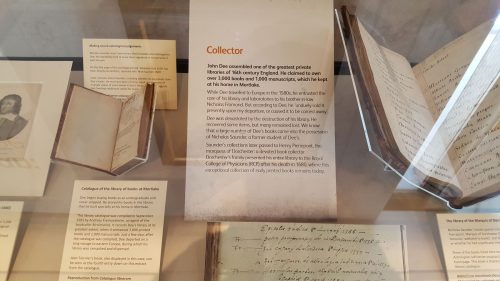 On display for the first time are Dee’s mathematical, astronomical and alchemical texts, many elaborately annotated and illustrated by Dee’s own hand.

It’s very much a books in glass cases sort of display, with a number of cases under curtains to protect them from the light. 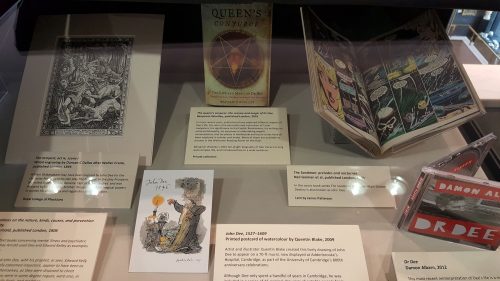 Alongside histories and guides to the art of love are mathematical treatises and introductions to the craft of alchemy, turning base metals into gold. More curious and captivating are Dee’s astrological textbooks: this is a man once imprisoned for casting horoscopes of Queen Mary.

Strangest of all perhaps, are the accounts of Dee’s ‘conversations with angels’: for over quarter of a century he believed himself in contact with divine spirits via mediums known as ‘scryers’.

From the British Museum comes a crystal ball for researching the occult and conversing with spirits, a ‘magic disc’ for contacting angels and a ‘magical mirror’ for conjuring visions. The Science Museum provides a ‘scrying mirror’ for predicting the future and John Dee’s own crystal, of especial interest as he claimed it was given to him personally by the angel Uriel, who also ‘instructed’ Dee on how to make the philosopher’s stone. 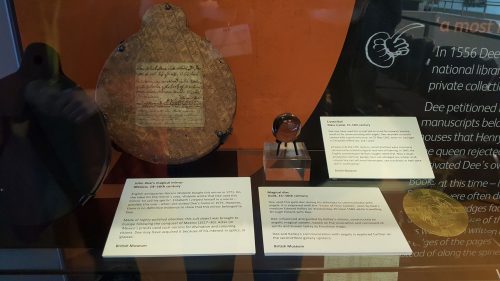 Although signposted, few seem to realise that the display continues on the second floor, which is almost worth going up to see the view from the balcony of this amazing building. 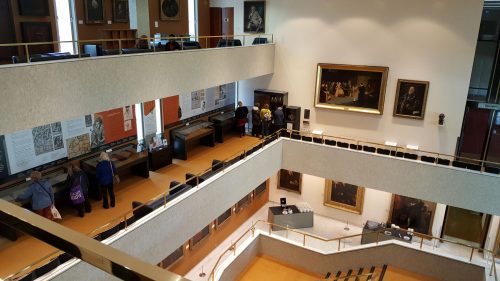 The exhibition is free, and open until 29th July. 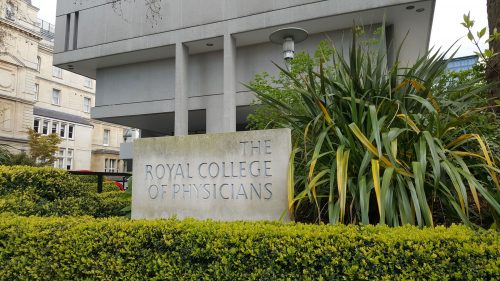