The London Museum with its own Room 101

“You asked me once, what was in Room 101. I told you that you knew the answer already. Everyone knows it. The thing that is in Room 101 is the worst thing in the world.”

In a corner, away from the main crowds, there is a museum gallery that is Room 101. A dark dimly lit room that few people can stumble upon by accident.

Just one museum in London has a Room 101, in part because museums need to be large enough to have over a hundred rooms in them, and because most of those that do have dropped room numbers in favour of names.

Unlike its fictional counterpart, this room doesn’t contain the worst thing in the world, but it may bear closer resemblance to its televisual epithet – for this is a gallery with a seemingly random collection of loosely connected artifacts.

Have they been banished from other galleries as unwanted relics and put here to create a usable display in an overlooked room?

Hard to say for sure, for this is the Victoria & Albert Museum, alone amongst all of London’s museums to have a Room 101 – and it contains items catalogued as “Europe & America 1800-1900”.

Nothing explicitly Orwellian can be found in its gloomy interior, although some of the chairs on display could well have once contained a terror stricken Winston as O’Brien loomed over him. 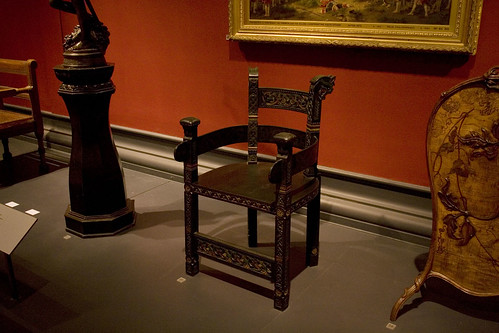 Some caskets may contain rats within, but sit behind protective glass screens to stop prying fingers checking for that unspoken horror.

Religious icons stare down on the visitor – banished to room 101 or oppressive observers of the victims brought within? 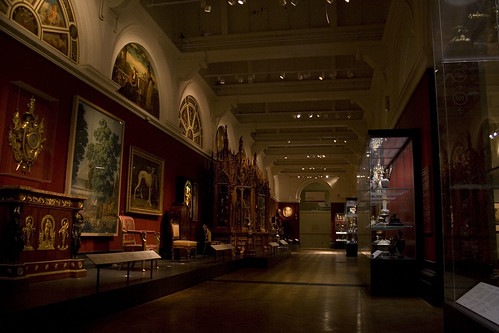 Incidentally, Orwell named Room 101 after a conference room at Bush House where he used to sit through tedious meetings. When one of the possible original room 101s at the BBC was due to be demolished, a plaster cast was made by artist Rachel Whiteread. The cast was displayed in the cast courts of the Victoria and Albert Museum from November 2003 until June 2004.