Since time immemorial, the flame has been a symbol of the Olympic Games. Well, at least since 1936, it has been, when the first Olympic Cauldron was introduced for the German Games of 1936.

Ever since, the cauldron has increased in importance as a symbol of the games, and every four years a new city vies to have the most spectacular lighting ceremony ever. Until the next city that is, when they do the whole lighting spectacular again.

However, the lighting ceremony cannot mask the fact that modest design changes aside, the cauldron is emphatically, a large single bowl with a flame in it. A mark of continuity through the history of the modern games.

However, one of the early discussions about the cauldron is that lighting ceremony aside, few people can ever remember what a specific Olympic cauldron looked like.

It had started to become a bit of a tired icon, but one that still required to be a single large vessel of flame.

Indeed, when presented with the design brief for the London 2012 Olympics, it stated clearly, a bowl, and no moving parts. It takes some balls then to offer many mini cauldrons, and lots of moving parts — and in doing so managed to revive the image of the flame as a symbol of the games.

It was also explicitly designed not to be preserved, with the mini cauldrons being given to each of the competing nations — so it’s a bit of a surprise to have the 2012 cauldron presented to the Museum of London as part of its permanent collection.

And it has just gone on display in a new gallery built especially for it. 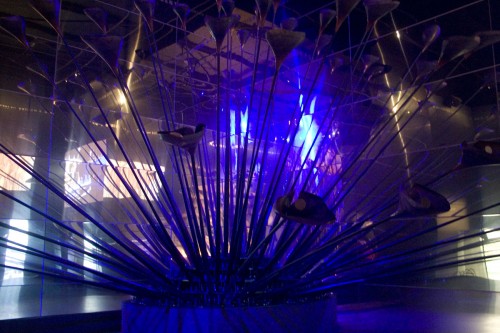 What is going on display is some of the original base and stems, and the copper petals used for testing the cauldron. Three sets were made, for the Olympics, for the Paralympics, and for the testing phase.

A set of models used for designing the petals has also been included, as they show the construction phase for the petals, each of which is unique. Wooden moulds were created, and then the copper sheet hand beaten around them, before being polished, and a bayonet type fitting was added so that they could later be slotted onto the slender poles in the Stadium. 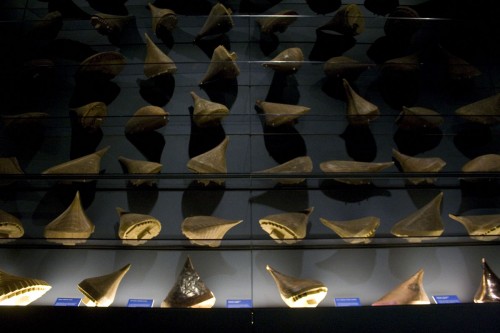 The lettering around the edge, with each country name is also distorted when looked at straight on, as it is designed to be seen from the “outside” face of the cauldron, so the distortion creates the effect of normal text from another side.

Holbein’s Ambassadors comes to mind when thinking about it, which is possibly accidentally appropriate for an international gathering. 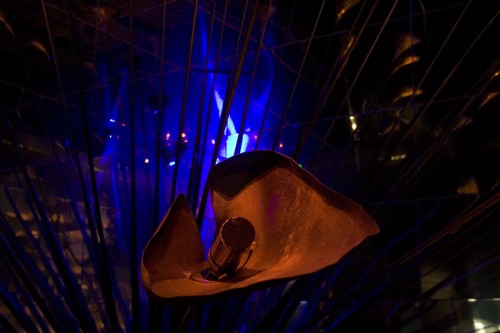 The base of the cauldron where the stems are maneuvered is also entirely mechanical in nature. Hydraulics being ruled out due to the risk of something going wrong, so in essence, the base is a giant series of levers used to pull the petals upright.

The exhibition in the Museum of London shows the petals in two stages — part lifted, and in a corner, fully upright, which may surprise some as to just how tall the cauldron was in real life.

As the petals were dispersed to each of the countries after the Olympics, and a brief period of cleaning, as noted the petals used in the permanent display are the spare set — but for a few months one original petal will be on display. The one presented to the British Olympic body.

Unlike the main display, this “original” petal is kept behind a glass case. 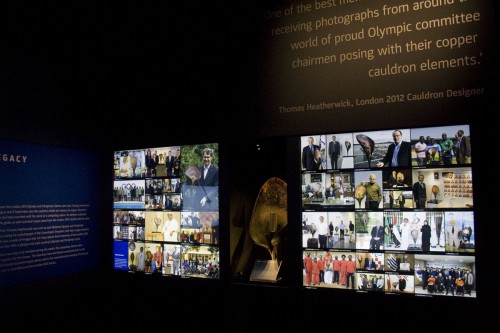 The display is very much a display to look at and admire, but some videos do go into a bit more detail about the design phase of the cauldron, which shows just what a challenging piece of engineering this was.

Anyone who used an old typewriter will remember occasions where letters jammed together, which is why we have the qwerty keyboard layout to minimise that. Here are more than 200 stems all designed to rise at the same time, and not jam into each other.

Not only that, the stems had to fold to one side for transporting to the stadium, then bend back into the correct place.

The tolerance margin was just 0.1% for the entire design to prevent the thing jamming as the world looked on.

London’s iconic moment, could have been a Russian disaster.

Obviously it wasn’t, and the cauldron will be remembered for the right reasons, and can be seen in the Museum of London, as part of its permanent collection. 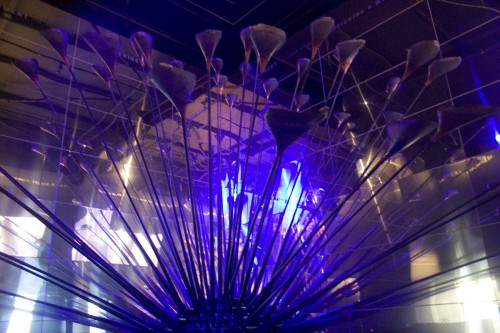 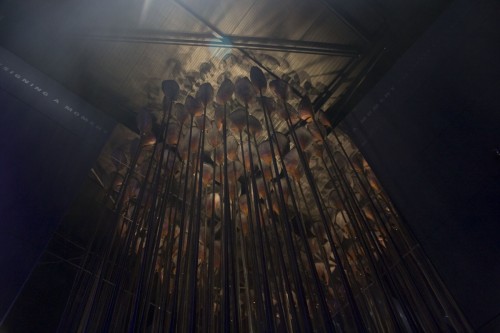 A temporary exhibition is also on next to the gallery with displays of drawings made by the original artist of the Olympics. 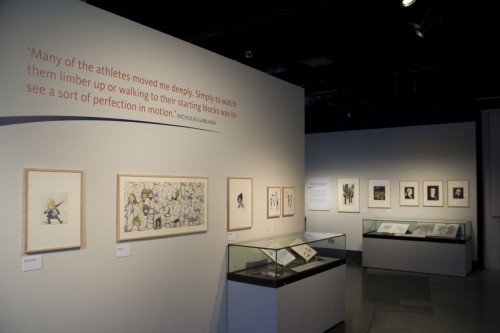