A monument erected in 1880 that is often passed at a distance yet if you go up close, a remarkable sculpture becomes visible. For around the base of the edifice is a deep relief frieze marking the last time a Monarch passed through the stone gate that once stood here.

This is the Temple Bar Monument, and it stands just outside the Royal Courts of Justice, where by tradition the Lord Mayor presents his sword of state to the Monarch as a sign of loyalty whenever the Monarch visits. 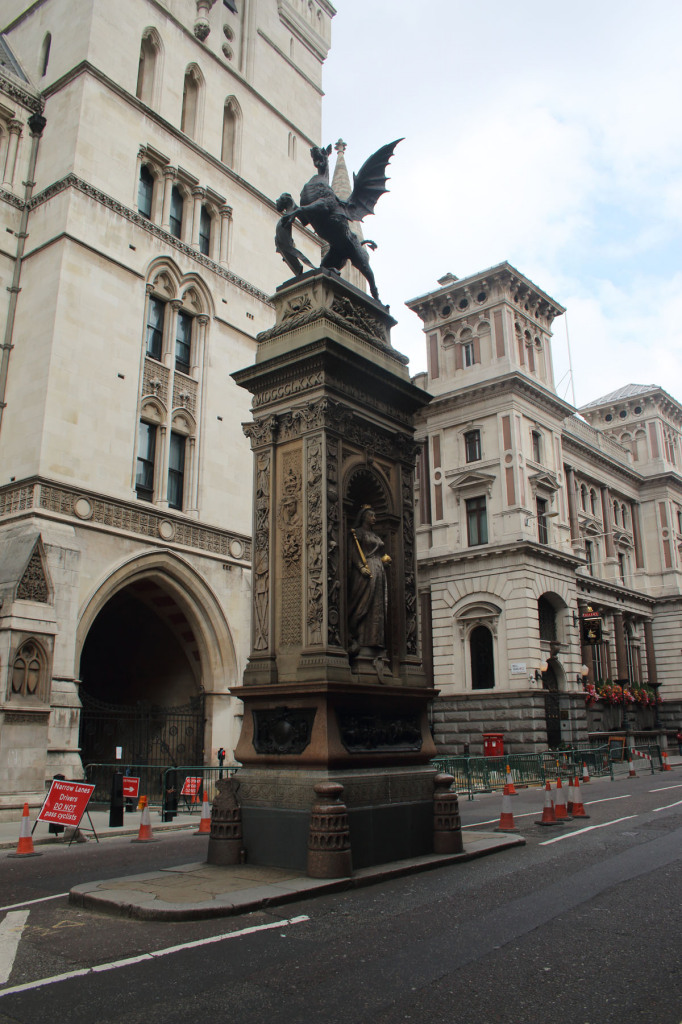 The urban legend that the Monarch needs the Lord Mayor’s permission to enter the City is of course, just that, an urban legend.

Part of the reason why few will notice the frieze that runs around the monument though is that not only is he eye drawn to the statues that dominate it, but also because it sits on a very small island between two often busy roads filled with unforgiving taxis and impatient buses.

That makes getting up close enough to appreciate the detail rather difficult. 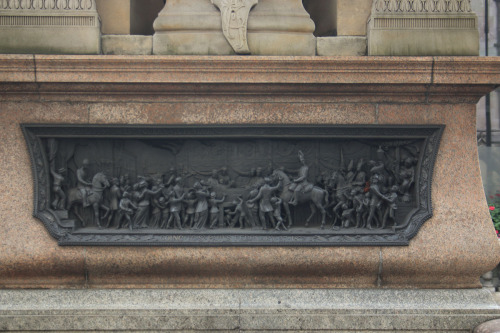 The long frieze on either side depicts the procession by Queen Victoria and the Prince of Wales heading to St Paul’s Cathedral for a service of thanks following the Prince’s recovery from typhoid, which took place in 1872. 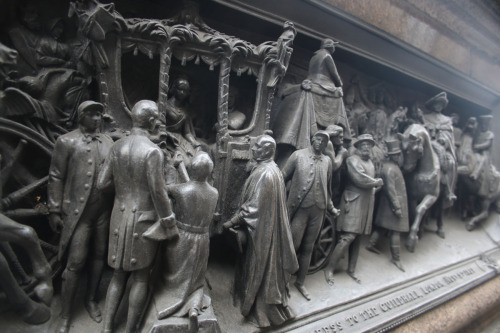 The two decorations on the narrow sides show two different events in the life of the previous Temple Bar — one its removal, and the other the arrival of the Queen in 1837, just after her accession to the Throne.

If you are passing by, stop a moment, dart across the road onto the traffic island, and stick your head out a bit to admire the frieze. It’s worth the effort. 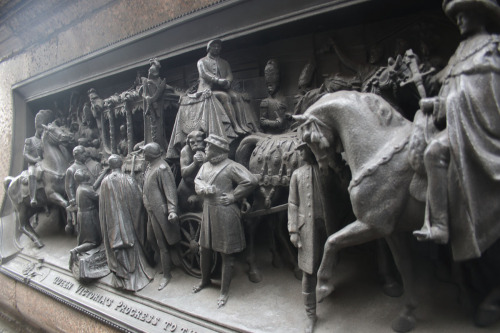 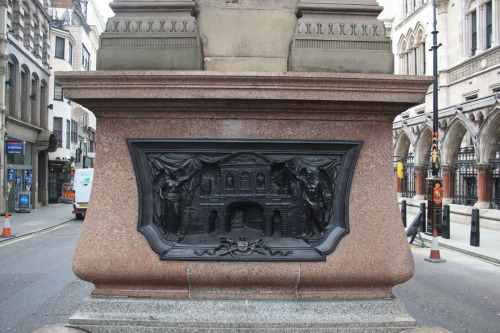 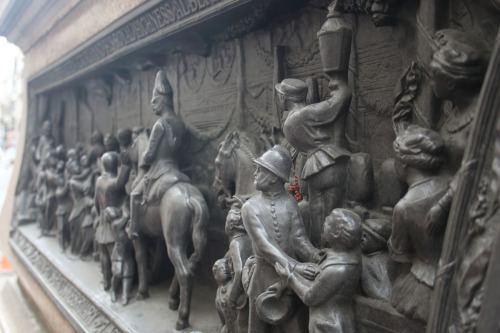