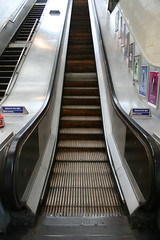 So, today I wandered up to have a look at this last relic, and while it lacks any of the charm of the old 1930s underground stations, there is still enough of the original structure to remind us of the old escalators. There is still the bronzed endplates and the old signs at the top indicating that Otis were the manufacturers. 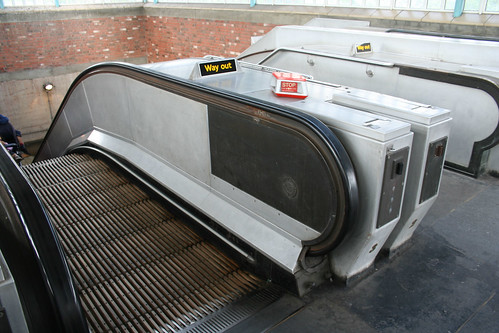