The largest exhibition about the Magna Carta ever staged

The first thing you’ll learn when visiting the British Library’s new Magna Carta exhibition is that the image of a bearded medieval person in armour that dominates the adverts you have seen, is not of King John. 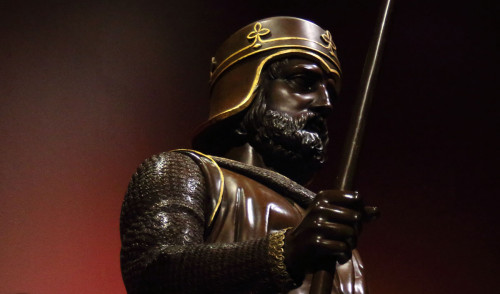 It’s actually of Baron Geoffrey de Mandeville, and the image is from a statue of the man that usually resides in the House of Lords, but is temporarily watching over the entrance to the exhibition.

You’ll see the Papal Bill that saw the Charter of Runnymede, as it was then known overturned just 10 weeks after the King had made it law. And on display is the subsequent document that saw it re-enacted by William Marshal, 1st Earl of Pembroke, who was Regent following King John’s death. 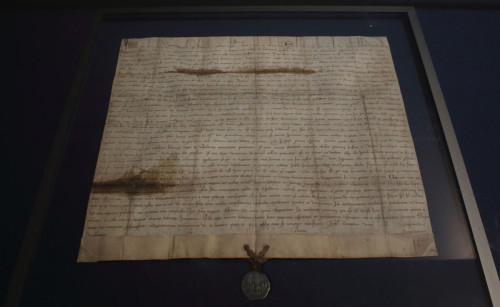 You might learn that King John’s will is rather small, but also the earliest such royal will in existence. The church where it is usually housed also owns some of King John’s teeth, which are also on display.

King Henry III who took the throne later willingly enacted the full provisions of the document, but also split it into the Greater and the Lesser charters — the Magna Carta was finally in the form we know it today.

The lesser document, deals with more mundane issues and is probably the more significant in how it affected common folk. The Magna Carta dealt with Barons, the Charter of the Forest dealt with rolling back the Royal forests and the limits on what farmers could do.

We venerate the Magna Carta which affected hardly anyone, but often overlook the lesser document which was more significant. 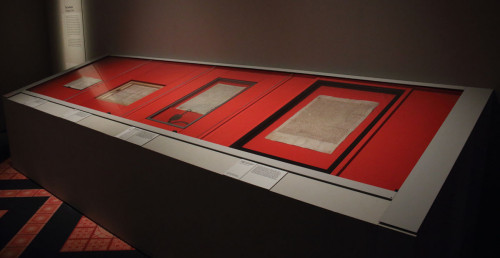 You might find out that when writing his play about the King, a certain William Shakespeare didn’t mention the Magna Carta at all. That’s because by the 16th century, it was a rather neglected bit of history and somewhat lacking in importance.

It was to gain the importance that we attribute to it today only during the English civil war, and while the original agreement saved King John’s throne, the later interpretation was to see King Charles I lose his head.

The primacy of law over the Throne having been set, an English Bill of Rights was drafted, and a condition of the later Glorious Revolution was that the Monarch agree to it.

Since then, the law has slowly encroached on royal privilege, and today, no one in the UK is above the law, not even the Queen. Although Regina vs Regina would be a novel trial indeed.

You’ll learn about how the Magna Carta underpinned the USA’s Declaration of Independence, and their own Bill of Rights. For the first time ever, Thomas Jefferson’s own early draft of the Declaration (with the ban on slavery later written out), and the Bill of Rights are on display in the UK.

The Magna Carta was now starting to gain popular awareness, and was increasingly cited in legal cases where civil rights were the issue at stake. While issues affecting medieval barons might not seem that relevant to the civil rights movements, it was often a totemic object to drop into speeches and debates.

The Brits having long held a somewhat ambivalent attitude to the document, and its legal rights, didn’t even extend the right to trial by Jury to British subjects living overseas in the Empire until a petition was upheld calling for it. And then only for British subjects, not the locals. 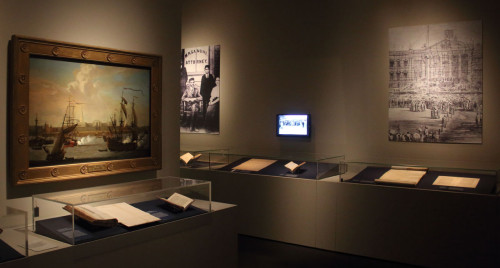 You’ll see a letter from a British civil servant dismissing the idea of a Magna Carta day throughout the Commonwealth on the grounds that it might provoke unwelcome opinions in British colonies yearning for independence. 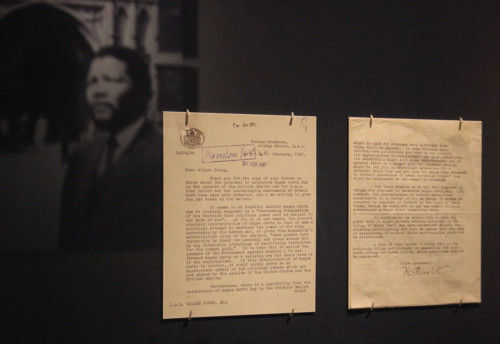 In fact, as you might be slightly stunned to learn, the UK considered offering a copy of an original Magna Carta to the USA in exchange for it entering the war. The USA having higher regard for the document than the Brits might have been tempted, except that the British government never thought to ask Lincoln Cathedral, who owned the document if they would mind handing over.

They could have probably requisitioned it under war time laws, but fortunately, the deaths of thousands of American servicemen was not to be in exchange for a bribe, however historic. 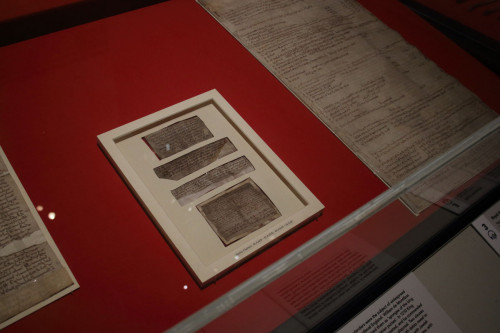 Of course, the reason you are really here is to see the Magna Carta itself, of which two of the four remaining documents exist.

You might be a bit disappointed to realise that the best preserved copy looks rather mundane for such an important document. The slices in the bottom are not, as urban legend tells, from King John’s knife, stabbed down in anger, but to hold the long since lost wax seal.

The other document has the molten remains of its wax seal intact, but is damaged by the fire which caused the wax seal to melt.

Both documents are in dark hushed rooms where people might approach them as if they are holy relics.

But the reality is that the provisions in the document lasted just 10 weeks, mostly applied to the Barons, and while King John’s successor restored them, only three provisions remain in force today.

Everything else has long since been scrapped.

That doesn’t stop the British Library occasionally receiving letters from aggrieved motorists asking if the Magna Carta protects their rights to appeal against parking tickets. 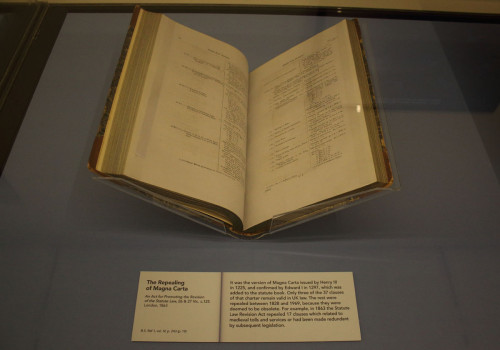 The exhibition, which is a feast for the eye and the mind, with some 200 objects on display opens this Friday and runs until 1st September. Entry is £12.