A collection of original illustrations by Thomas the Tank Engine artist, John Kenney, have gone on display at the Charles Dickens museum, to celebrate the life of the novelist.

The exhibition shows off twenty-four illustrations by Kenney, alongside the words of English author and playwright, Lawrence du Garde Peach, which accompanied them in the 1965 Ladybird book, An Adventure in History: Charles Dickens. 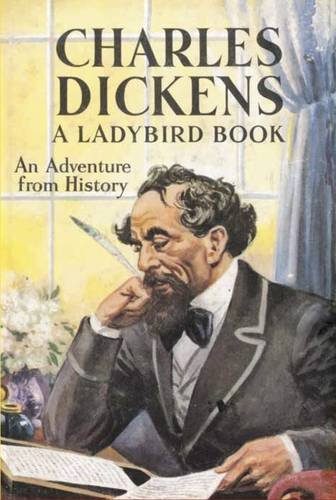 The book, An Adventure in History: Charles Dickens was one of 27 celebrated collaborations between the Ladybird ‘dream team’ of Kenney and du Garde Peach, which began in 1956.

Charles Dickens was Kenney’s twenty-fourth Ladybird book; in places, details such as wallpaper and fabrics give a certain ‘sixties’ feel to some of the scenes, yet all of his illustrations appear well researched, with nods to original artworks, contemporary photographs and real places. Altogether, the illustrations represent a classic Kenney approach; a bottle flung through the air towards actors on a stage, lively dancing, busy coach scenes and a train crash are all hallmarks of his vivid and animated style.

As well as his work on the Ladybird books, Kenney was famous for equestrian paintings and as illustrator for the Thomas the Tank Engine books from 1957-62. He worked on Ladybird books from 1954-72, producing such well known titles as Tootles the Taxi and The Ambush and The Silver Arrow from the Robin Hood series.

In 1915, publishers Wills and Hepworth began issuing ‘pure and healthy literature’ for children under the Ladybird name. By 1940, they were producing the familiar 56-page books, with 24 pages of text and 24 full-page illustrations, all selling for half a crown or 2.6’ Net.

Later attempts to change this format by introducing photographs instead of drawn illustrations were met with public outcry.

Adventures in History was the largest of the Ladybird series, with 49 titles produced between 1940 and 1980. The series examined great historical figures, from rulers like Alexander the Great to explorers like Captain Cook, with each of the first 23 titles being du Garde Peach and Kenney collaborations. 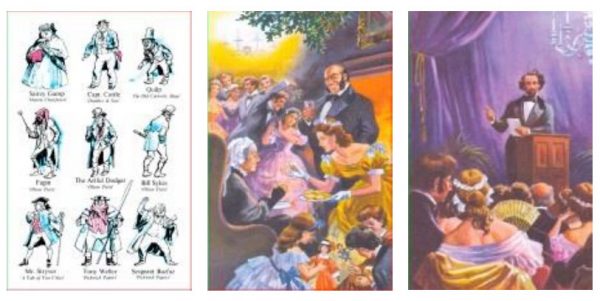 The exhibition, The Ladybird Life of Dickens: An Illustrated Adventure runs from 30 November 2016 until 16 April 2017. The exhibition is part of museum, entry to which costs £9.