The Illustrated London News — that venerable newspaper that is still technically publishing, albeit very rarely — has published something.

They have put their entire archive from the Great War on a public website for the first time. 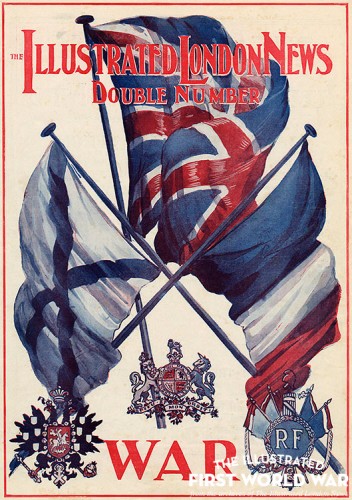 Although people have been able to buy old copies of the ILN, or there is a complete archive available to academics, there has never been a archive made available to the general public.

The Illustrated London News was awarded £96,000 from the Heritage Lottery Fund (HLF) in April 2014 to create a free-to-access website, which will host the digitised wartime magazine pages of one of the world’s most iconic magazine archives and rare pictorial material.

One can only hope that releasing this four year block of newspaper articles will encourage the newspaper to release more of its content via the medium of the internet.

The first-phase website includes the digitised pages from the Illustrated London News 1914-1918, a wealth of editorial features providing rich context for the source material, a timeline, a range of topical insights from ‘Animals and War’ and ‘Trench Life’ to ‘Sport and the War’ and a blog written by young historians appointed for the project.

In coming months 70,000 digitised pages of ILN’s sister publications, including The Illustrated War News, The Sphere, The Sketch, The Tatler, The Bystander, The Graphic and The Illustrated Sporting and Dramatic News will be added to the website.