The Hole in The Wall

Near Hyde Park, many years ago I found this rather charming local feature – and recently, I finally remembered to take a camera and photograph it.

I originally found it when doing one of my random wanderings around, where I just start walking down side streets to see what is there – and found this gap in a wall. 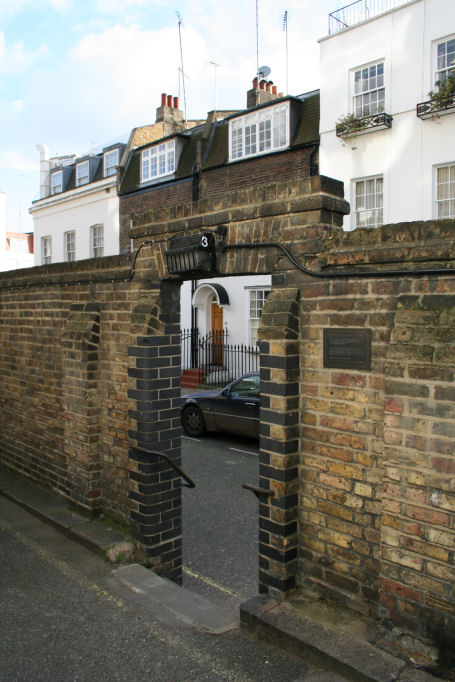 Basically, the area between Hyde Park and Knightbridge was split into two great estates, and a wall seperated them. As Knightsbridge built up as a shopping destination, this wall made it difficult for residents of the Rutland Estate side of the wall (the Northern side) to get to the shops without a fairly significant journey around going up to Hyde Park, then around to Knightsbridge.

During World War 2, a German bomb landed nearby and the wall was demolished in the explosion.

Suddenly, residents could walk the 100 yeards to Knightsbridge without having to take the mile or so detour!

After the war, the locals petitioned to keep a right of way through the replacement wall – and hence the “Hole in the Wall” as it is known came to be. While I found it by random chance, it is actually quite heavily used by local people who know about it. 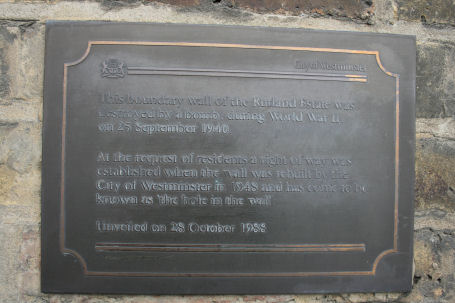 Admitedly, architecturally – this is quite a irelevent – it is just a hole in the wall finished with brick linings and some steps.

But I just love the little story, and I am really pleased that the council put up a small sign so that anyone who stumbles across it as I did can read this odd little tale.

Another photo, from the Knightsbridge side showing the steps. I am sure that if this was built today, they would have to have a long slope for “disabled access”. That would have spoilt its charm. 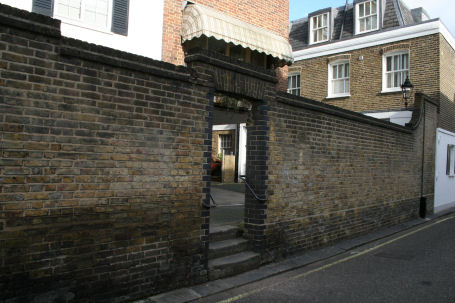 If you want to find it – the North side address is Ennismore Street, alongside Rutland Street which is on the South side of the wall. This Google Maps link is close to the Hole.