On the 28th March 1859, a new Music Hall opened in the East End of London – and on the 29th March 2009 it opened again to the public for an afternoon of free visits.

Wilton’s Music Hall is the oldest surviving grand Music Hall in the world and comes from a short-lived era of Music Halls from the 1850s. Their life was short, being a period of about 50 years and most of them were demolished. 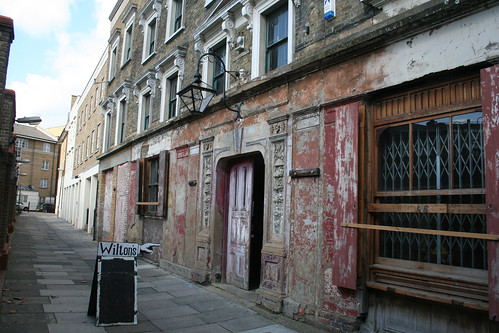 The Music Hall was hughly popular, initially – but by 1888 it had fallen out of favour and was taken over by the Methodist Church in 1888 – who retained ownership right up to 1956. In the first dockers’ strike of 1889 (another anniversary for later this year) it served 2,000 meals a day to the strikers and was the HQ for the people of the East End who gathered to stop Mosley’s fascists in the famous 1936 Battle of Cable Street, and in World War II gave shelter to a badly blitzed community. 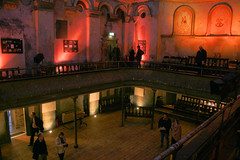 In 1956 Wilton’s was sold and used as a rag warehouse. It was granted listed status in 1964, and is currently being restored slowly. Despite its dilapidated state, it is still being used for stage performances and local events.

They hold periodic guided tours, but on their 150th anniversary was a free open day for all to just wander round the building.

The hall is sited down a narrow alley not far from Tower Hill, although when it was originally built, the alley was actually a wide road next to a field, so the structure would have been far more imposing and visible than it is today. 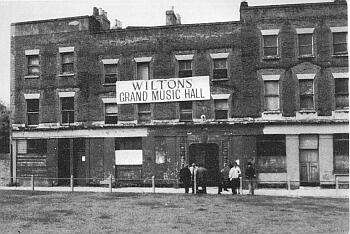 After going in and begging for a leaflet guide as I was thought to be with some people who came in at the same time, it was a place to wander around looking at the side rooms on the ground floor, before going upstairs and through a small door to suddenly finding myself in the main hall.

Dimly, but atmospherically lit the hall was lined with displays of its heritage and how the crumbling building is often used for fashion photo shoots – along with displays of how it is used today by local community groups. 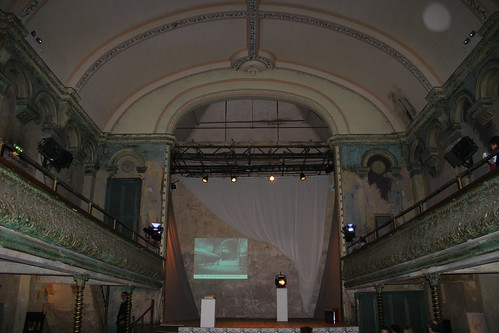 I wandered around for about 40 minutes taken loads of photos, some of which actually came out, and will probably go back one day for a more detailed guided tour. Some architects drawings showing the restoration plans mentioned that there is an undercroft – but that isn’t part of the tour, which is a shame for your correspondent, who has a long history of crawling around underground places. 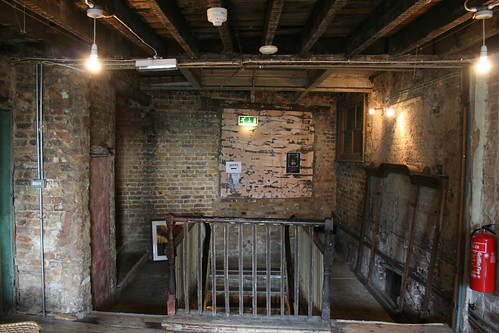 They sold a few collectables to raise funds, and I picked up a rather detailed history book which also had quite a lot of scanned copies of adverts and Victorian drawings of the hall.

1 Pings/Trackbacks for "The Handsomest Room in Town"