There was a brief period of time when luxury ruled the waves, if you had the money to afford it, when interior design was deco and dresses were short. 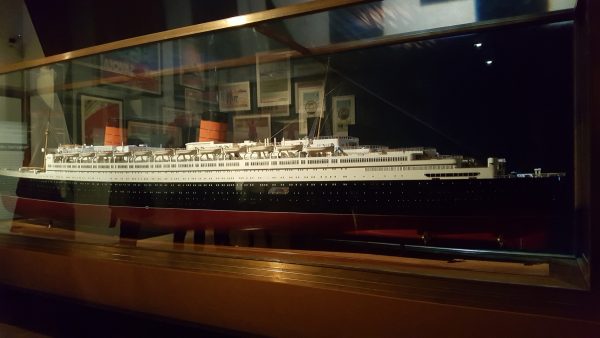 The ocean liners that cross the seas were both an enclave of absolute luxury, but also a functional requirement of the days before aircraft and cheap telephones. The ocean liners were first and foremost, for delivering cargo — whether the poor down below seeking a better life, or the postal service.

Like the cream that rises to the top, the luxury side of ocean liners was for the top few floors only. Not to be seen by the 3rd class passengers below. It’s a cruel fact that most of the ocean liners made their money from transporting the poor and the post, and the luxury market barely covered the costs.

Yet, it’s the age of luxury that we tend to think of when thinking of the great Ocean Liners of the past. The heady days of the 1920s before recession and war cut a swathe through the upper classes, and democracy finished them off.

The ocean liners were also an age where industry and luxury collided. The mighty engine rooms below, built in the great shipyards of the world, and the most fashionable of fashions in the decoration. They were also signs of national pride, much as airlines were in the 1960s-80s, and countries competed in building the biggest, the fastest, the most luxurious ships possible. To have the best was a form of soft-power in the diplomacy game that everyone wanted to win. 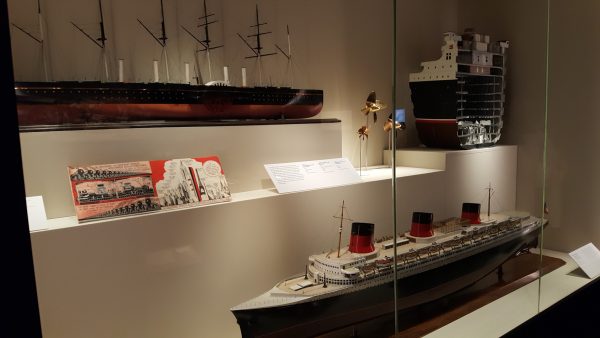 To look back at this gilded age, the V&A Museum has opened an exhibition that looks at the top floors, the age of luxury of the ocean liners.

As befits the V&A, this is an exhibition more about the decoration and the lifestyle than about the ships themselves. They make fleeting appearances throughout the surprisingly large space given over to the display, but they are the backdrop to what’s on offer.

If you want to see interior design at its most exuberant, this is the place to come. From vast sheets of wall decoration that seem almost too large for a ship to hold, down to the smallest details of lamps holders and the best designed chairs. 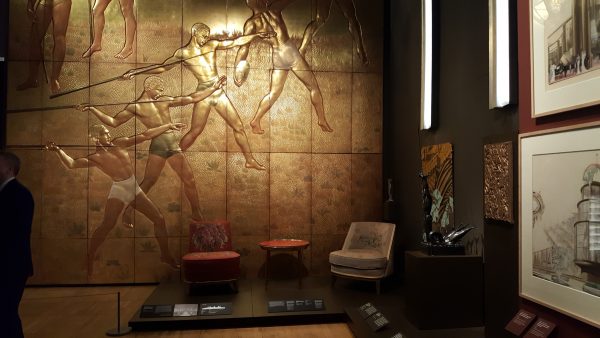 Possibly the most dramatic space in the exhibition is the deck area, decorated with the stars overhead, it’s almost possible to imagine you’re out on deck having an evening stroll. Of course, we’re nothing like as well dressed as people would be at the time. We’ve accidentally gatecrashed the world of glamour and there’s the nagging feeling that a spotlessly white-uniformed officer will come along soon and send us back down to 3rd class where we belong. 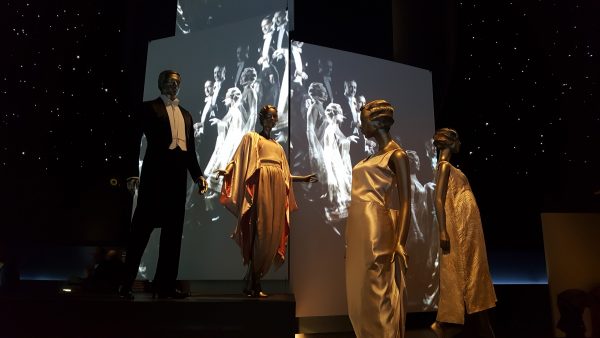 Fine dining, and fine drinking for the first class passengers, although a set of cutlery on display has forks that look more ornamental than practical — surely the prongs are too close together? 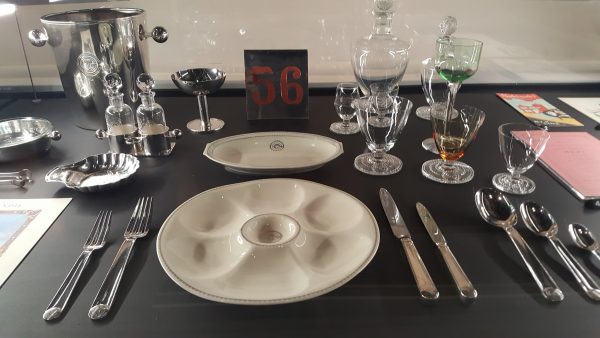 During the USA’s dubious flirtation with prohibition, the British ocean liners came to dominate the Atlantic, because we Brits had booze, so the American rich preferred to sail with the British.

In fact, the USA briefly tried to ban British boats docking in the USA if they had alcohol on them, leading to the British Parliament debating a ban on American ships docking in the UK, unless they carried booze as well. 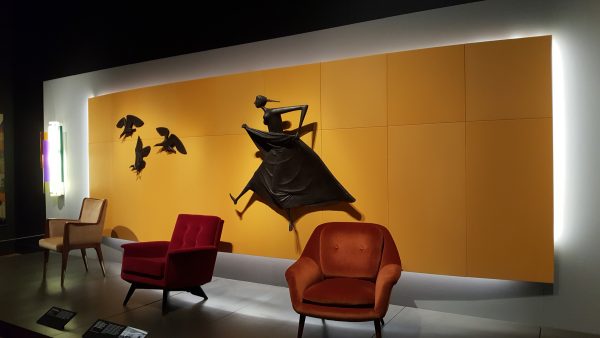 Eventually, the aircraft replaced the ocean liner, but in their own way, early aircraft mirrored their oceanic cousins. Started with basics, speed over comfort, they morphed into the luxury market as only the rich could afford to fly. 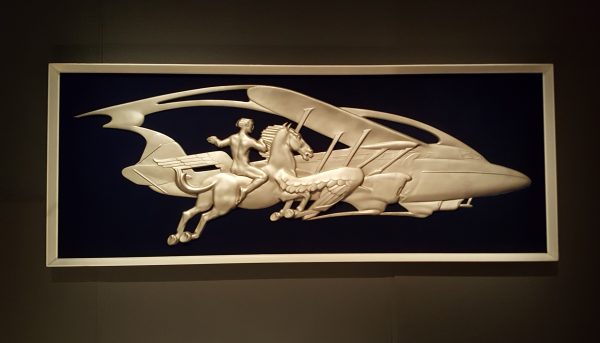 The arrival of ever larger aircraft made travel available to anyone, and the same happened in a very different way to the ocean liners. No longer necessary for travel, they fattened up to become vast floating playgrounds for the middle-classes.

Today the ocean liners are less sleek ships seeking to speed across oceans, but lumbering whales disgorging people in vast numbers on package holidays. The grand staircase parade by people in their best evening attire has been replaced by jeans and t-shirts.

The cruise ship has made sailing the seas far more accessible to more people, but somehow, it’s just not quite the same anymore.

The exhibition, Ocean Liners: Speed and Style is open until 17th June, and entry is £18.