There’s a space at the BFI which hosts small exhibitions to actors past, and at the moment, it’s devoted to one of the movie world’s earliest African-American stars, who was almost as well known for his socialist views.

USA born athlete, singer, actor, and political activist, Paul Robeson originally planned to be a lawyer, but gave up for the stage after facing racist prejudice. 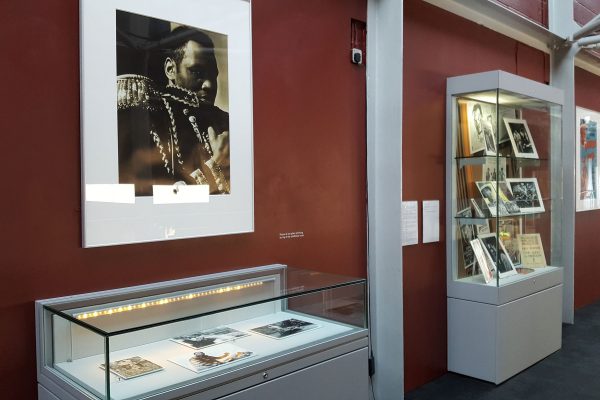 His career took off, and by the mid-1920s he was a major star in New York, and in 1929 was performing in London. Despite his star status, he was still performing largely stereotypical roles for a black actor, despite his proven acting, and singing abilities.

By the mid 1930s, Robeson’s star status was secured in the UK, and he appeared in King Solomon’s Mines and despite getting second billing, he was very much the lead in public opinion. 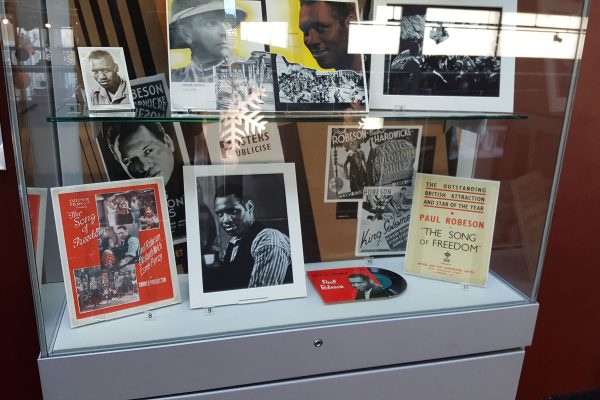 He was increasingly associated with left-wing politics, and wanted work with Soviet film makers, although not much happened in that regard. His political stance and the lack of non-stereotypical roles meant he quit films in 1942.

Blacklisted during the McCarthyism paranoia, he attempted a comeback in 1958, but suffered ill health, and died in 1976.

The exhibition shows off a number of details of the films he made, the posters promoting them and a number of photos of the shoots. It’s a chance to reacquaint yourself with a film star who rose to the heights of movie stardom but walked away from it all.

The free exhibition is on the Mezzanine at BFI Southbank until 22nd January 2017. 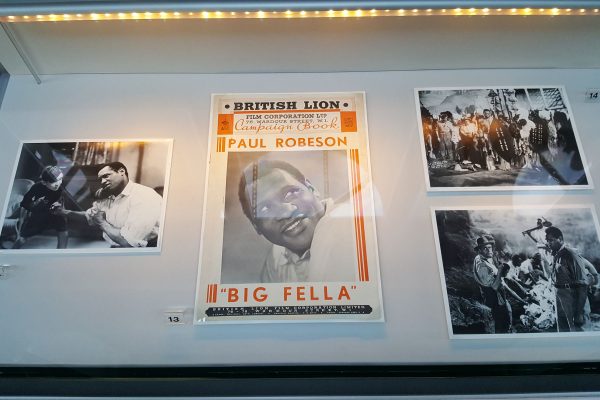