The design of London Transport on display

There’s an exhibition on at the moment at the Transport Museum which looks at the design concepts behind London’s transport networks. From fonts to moquette, from bus signs to entire tube stations. 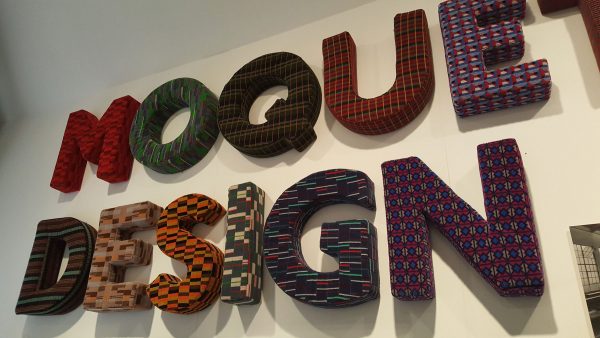 As many know, London’s early transport services were provided by a range of often competing companies, and they all had their own brand designs. It was the period of consolidation in the early 20th century that built the modern London Transport and enabled the company to start to impose its own city-wide brand on all its new subsidiaries.

Of course, the designs have changed over the decades, and the purpose of the exhibition is to show off that constant line of evolution from early 1930s ideas to modern typography. 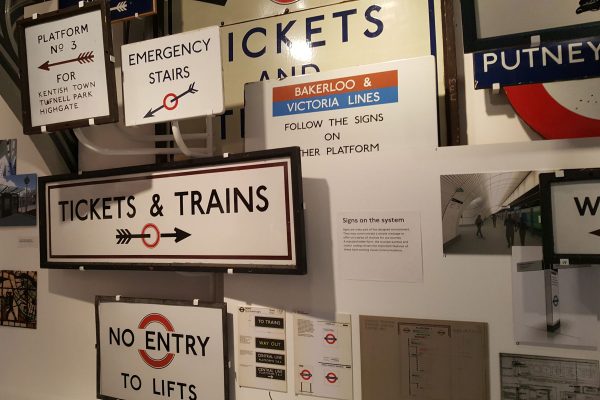 From the visual to the virtual and from Victorian engineering genius to modernist masterpieces, Designology uncovers the designs and processes behind London’s moving metropolis.

Before the digital age, posters and guidebooks were key in encouraging the use of public transport, while maps and transport operators were instrumental in assisting passengers in planning their journeys.

The exhibition explores how art and changing fashions are mirrored in the designs of different materials, from the early misconceived and often confusing timetables and guidebooks through to posters and maps from the last century. 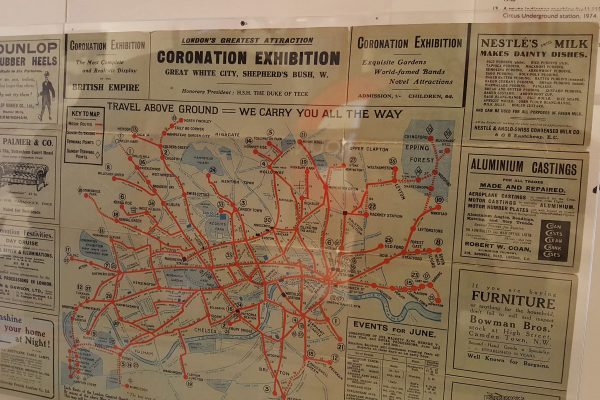 Some of the objects are on display to the public for the first time, including an 1834 Shillibeer Woolwich Omnibus timetable, original architectural drawings by Charles Holden of Arnos Grove and Sudbury art deco stations, and a 1994 magnetic ticket hall station model kit. 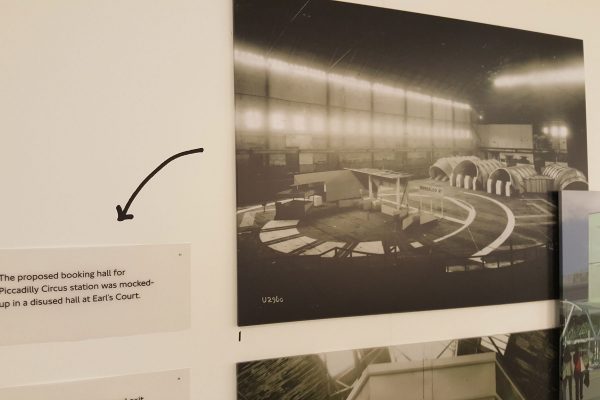 A range of photos and models show how they built a full size model of the Picadilly Circus tube station in an empty exhibition hall to make sure the layout would work. Although computers have radically changed how things are done, sometimes they still build mock ups, as was done for Crossrail to test design ideas. 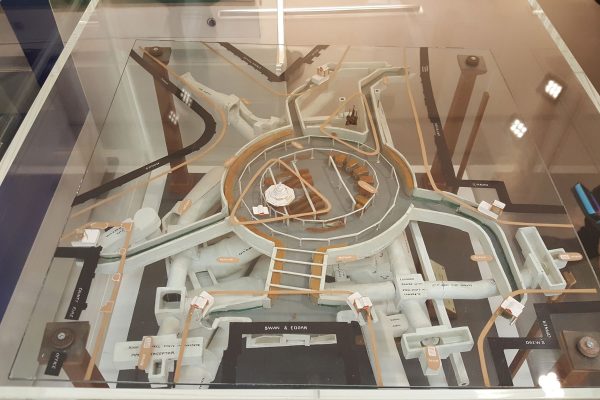 Moquette, the durable upholstery fabric used on London’s Underground and buses, has become a design icon due to the unusual, vibrant patterns in which it is made. The woollen pile has good thermal properties, making it cool in summer and warm in winter. The combination of cut and loop piles has made moquette fabric extremely hard wearing, whilst the coloured patterns help to conceal dirt and maintain its appearance.

The exhibition shows how moquette production has changed since the 1930s, with photographs of the process showing mechanical looms which weave up to four different coloured threads together. Also on display are original Wallace Sewell patterns and sketches, and moquette examples from the past. 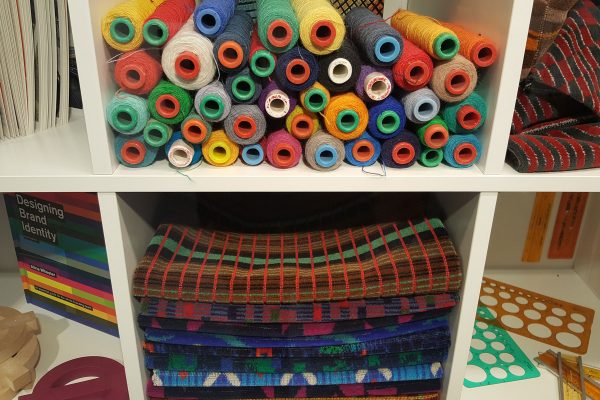 For some, it’s display it’s half a romp through recent memories, as the transport network underwent a major overhaul in the past couple of decades stripping out old designs and ticket machines.

The rest is a look back at a distant past that seems alien to modern eyes. 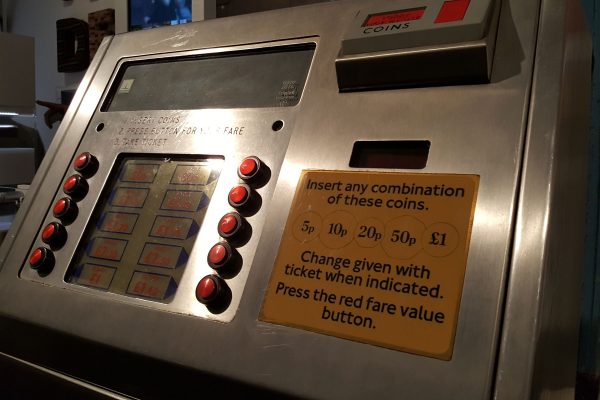 The exhibition is on until late next year. 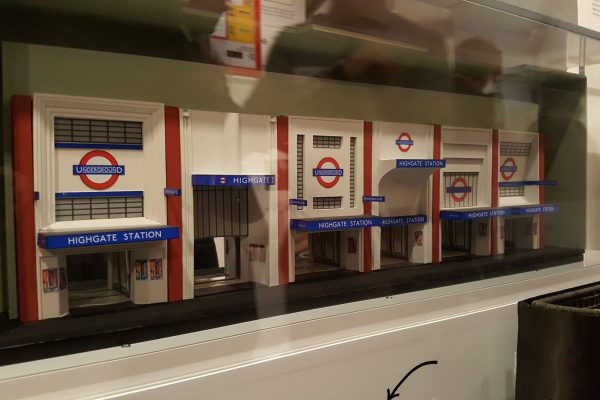