The De Morgan Gallery of Paintings and Pottery

In a single building near Wandsworth High St sits two museums. If you go in and turn to the left, you’ll walk into the local history museum, which I wrote about yesterday.

Turn right though, and you enter the startlingly warm room that houses the De Morgan gallery, which is devoted to the pottery of William De Morgan, and the paintings by his wife, Evelyn De Morgan.

Going in with camera in hand, I was told that photography is not permitted – so the photos here are courtesy of their press pack. Handing over £4 to enter, this is another 2-room museum, with a small temporary display and the larger permanent room lined with paintings and glass cases holding the pottery. 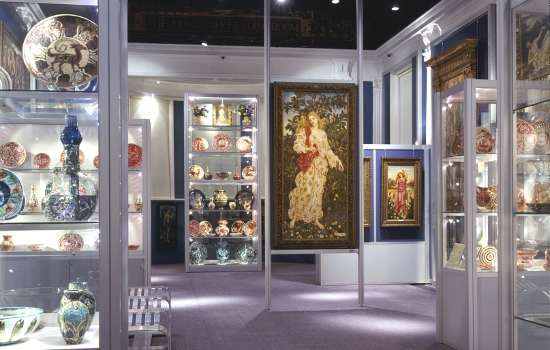 William De Morgan was a noted potter in the Arts and Crafts style and was also strongly influenced by Persian designs.

His greatest technical achievement was the rediscovery of the art of lustre ware (characterized by a reflective, metallic surface) which had been lost for a couple of hundred years. He also burnt down part of his Chelsea house in the process.

His pottery though was also very popular, with murals commissioned by various notable people, and organisations – including P&O for some of their cruise liners.

Having the pottery displayed in glass cases you can (usually) walk around also shows off an aspect of De Morgan work that marks it as different from most decorative pottery – the underneath of the plates are not plain as is usual, but are also decorated, albeit not as grandly as the front.

I quite liked one pot for the inscription on it which read “All this of pot and potter. Tell me then who is the potter, pray who the pot”

Inserted around the place and dominating the walls are paintings by Evelyn De Morgan, in a style which was very fashionable at the time, and looks a bit “chocolate box” to my modern eyes. As with many of the Pre-Raphaelites, Evelyn’s work reflects classical themes and religion motives, but she often seemed to lean towards painting scenes from a rather melancholy perspective.

Do look out for The Love Potion, which has a dramatically scared black cat in it.

A small temporary exhibition leads off the from the main display and essentially shows very much the same thing, paintings and plates, but all with a marine theme.

I quite liked the painting of “Ariadne in Naxos”, which was done when Evelyn was just 20 years old, and that’s quite remarkable. In Greek mythology Ariadne was abandoned by Theseus after helping him kill the Minotaur.

She is normally represented in a torrent of tears and recriminations. However, Evelyn chose to depict her as she sits in despair on the forlorn shore. 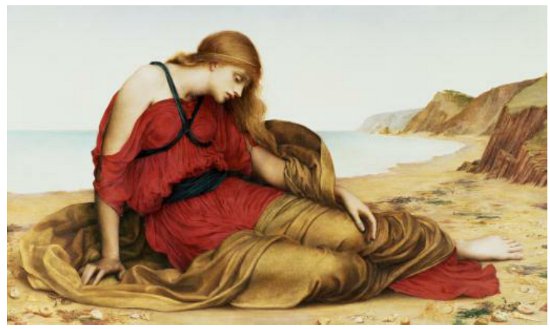 There is also a display of pottery commissioned for the Russian yacht Livadia, which was an amazing ship – as it broke with the conventional long thin design for ships, and was circular. It was also a total flop as an idea.

A small shop area by the entrance is mainly filled with books and decorative postcards. The museum is open Tue-Sat and late on the first Thursday of each month.

If you like decorative pottery or the arts and craft period in general, then this is not a bad display.

When I was there, several small groups turned up, and all seemed to have made a specific trip for this museum (as indeed, had I) and were seemingly quite familiar with the De Morgans. For less familiar visitors, I would  recommend reading the press pack first as most of the items on display lack any sort of description, which is a bit frustrating for us novices. 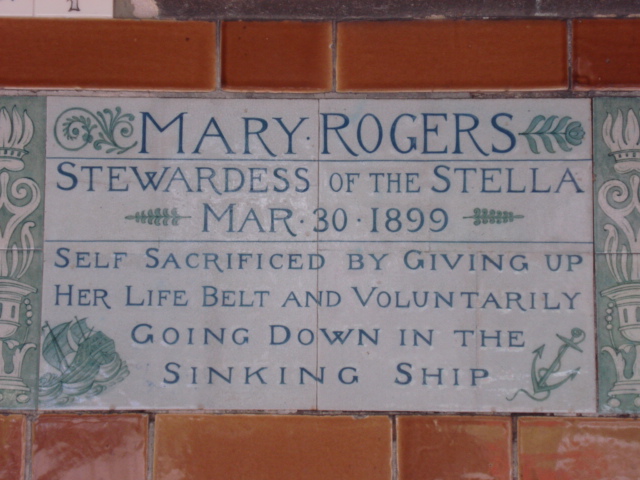 There is however another place where De Morgan pottery can be viewed – and for free. That is the famous Postman’s Park near St Paul’s Cathedral.

The initial batch of memorials to those ordinary people who died trying to save others were all made by the Dr Morgan pottery, although the later ones were supplied by Royal Doulton after De Morgan both put up his prices, and then stopped being a potter altogether.

A full history of each of the memorials is here.