The day a plane landed in the middle of Canary Wharf

On this day in 1982, a plane landed in the heart of Canary Wharf, right where the Heron Quays DLR station now stands. 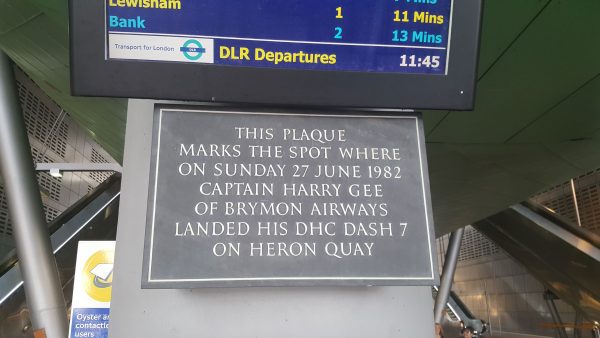 Fortunately, the DLR didn’t exist at the time, but what did exist was a short length of experimental runway, to test whether an airport could be built somewhere in the docklands area.

A year earlier, in 1982, the boss of the newish London Docklands Development Corporation (LDDC) suggested that the area could benefit from an airport, but there were concerns about whether planes could reliably land and take off from the sort of short runway being proposed.

By the end of the year, proposals had been submitted by a group made up of the construction company Mowlem and the Plymouth based airline, Brymon Airlines for a STOL based airport.

Nonetheless, there were still doubts about whether Short Take Off and Land planes would be able to use the site at the Royal Docks that was being earmarked, so a test was needed. At just over 1,000 metres long, it was short by runway standards.

At the time it wasn’t possible to run a test flight from the Royal Docks site, so that’s when they turned to the derelict land in the heart of Canary Wharf.

Mowlem cleared the docks of rubble and laid down a suitable surface for a plane to land on. The temporary runway was around 1,000 metres in length and was granted a license by the Civil Aviation Authority for the test.

Invitations were distributed to local residents on the Isle of Dogs about the experiment.

The idea was to fly the plane a few times over the proposed airport site in the Royal Docks, with local residents staying at home so they could judge the noise levels for themselves.

Then a gap of two hours to let those who wanted to see the landing attempt to get over to Heron Quays where a special viewing area had been set up. 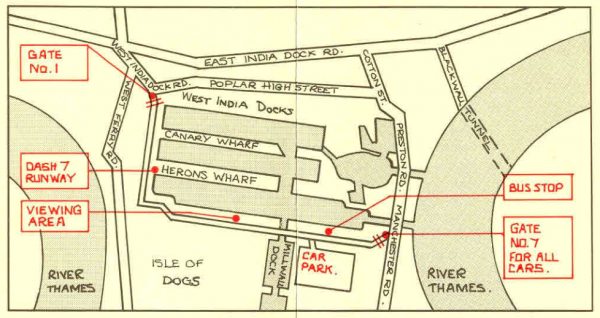 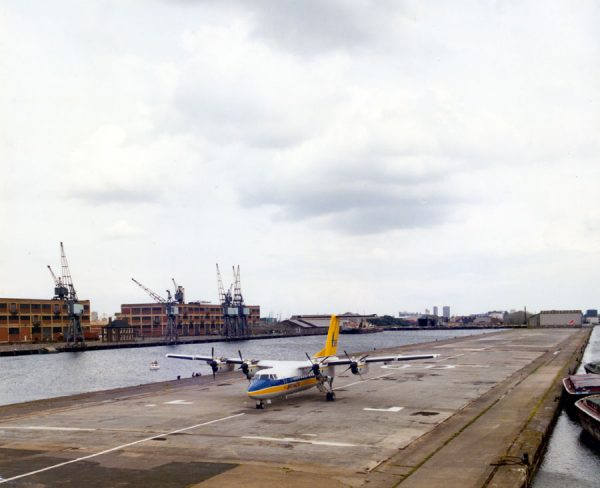 The test was a success.

The plane chosen was one that Brymon was the first in the UK to use, the de Havilland Canada Dash 7, a plane that was specially designed for use on short runways.

The story was covered in the Times newspaper the following day under the headline “Dasing into dockland”. 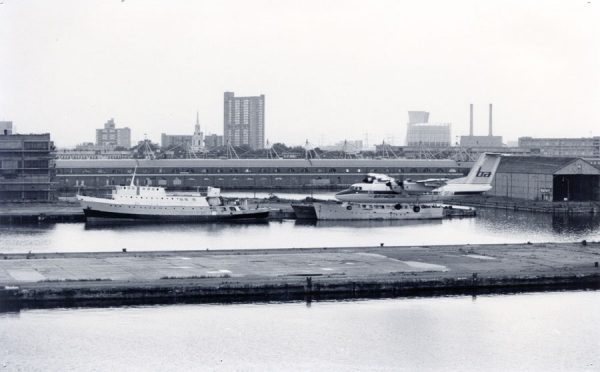 As it happens, although only intended to be used to prove the concept of a short take-off runway once, it was used a second time on 30th June 1983 during the public enquiry as to whether an airport should be built in the Royal Docks.

Once again, Brymon Airline’s Captain Harry Gee landed and took off from the Heron Quays site. 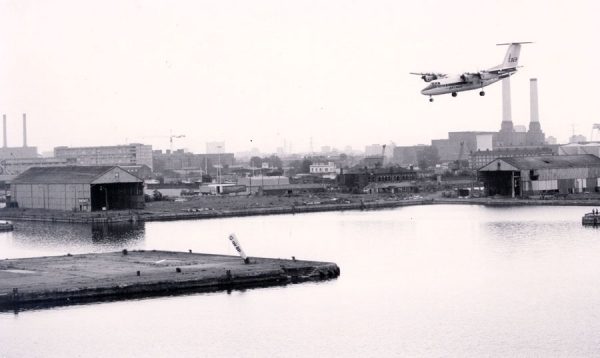 As you’ll be aware, London City Airport was approved following the public enquiry, with the first paying passengers departing on 26th October 1987 — 30 years ago.

Although it opened with Brymon Airlines using the same class of planes it used on the test flight at Heron Quays, the runway was later lengthened in 1992 to accommodate jet aircraft.

In recognition of the original test flight, a small plaque was installed at Heron Quays in 1988, and restored in 2005.