The City of London has its own official Tartan

Tartan, that famous, mostly Scottish fabric design that adorns kilts and blankets, is often associated with specific people and groups, and the City of London has its own official Tartan.

By official, that means it’s registered with the Scottish Register of Tartans, which was set up as a result of the Scottish Register of Tartans Act (2008). The registration says that there is a “tartan for the City of London, approved by Roger Gifford, elected Lord Mayor of the City of London in 2012, using the white and red of the cross of St. George and silver grey from the City Arms.”

If you’re wondering why he decided to order a tartan for the City, Roger Gifford was born in St Andrews, Fife, Scotland, and he was keen to use the design in Lord Mayoral gifts during his year in office. 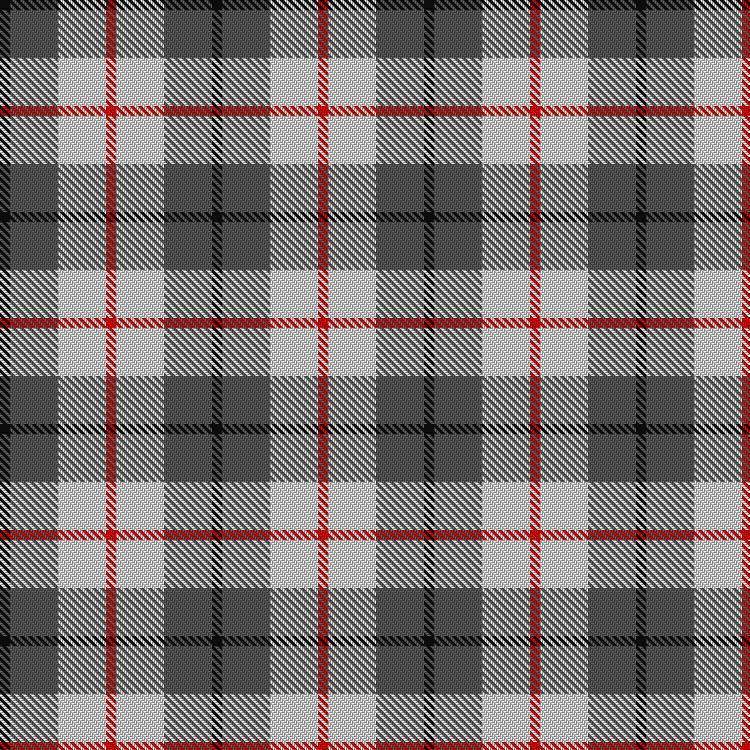 The stated restriction is that it can only be worn by officials of the City of London, but that’s where we get into that blurred area between history and legend.

In truth, and sorry to spoil the fun, there’s no restriction on who wears what.

Tartan originated as a common pattern used by weavers in Scotland, and people generally just used whatever pattern they liked the look of. It was, as so often the case, an attempt to suppress something that gave it even greater prominence, and it was the ban on wearing of tartan that gave it the symbolism that it has today.

The Dress Act of 1746 attempted to bring Scotland’s warrior clans under government control by banning the tartan and other aspects of Gaelic culture. When the law was repealed in 1782, tartan was no longer an ordinary Highland dress, but was adopted instead as the symbolic national dress of Scotland, a status that was widely popularised after King George IV wore a tartan kilt on his 1822 visit to Scotland.

Even then, the notion that tartans were specific to clans and people didn’t exist, and that emerged in the middle of the 19th-century. They were mainly regional dresses based on the plant dyes available in the area where the weaver lived. It was the arrival of artificial dyes that made brighter patterns possible, and later as anyone anywhere could weave a tartan, it started to be associated with specific people and organisations.

Today, there’s the widespread idea that tartan is regulated.

In truth, anyone can wear any tartan, but so pervasive is the legend, that if you were to wear the “wrong” tartan, it’d raise eyebrows at the very least, so it’s one of those charming myths I am quite comfortable keeping.

After all, we live in a world of artificial restrictions that don’t really need to exist, but we kinda like the traditions. Otherwise, we’d be eating mince pies in July, drinking Pimms in January and letting off bonfire night fireworks in April.

So, to keep the tradition alive, there’s a register of official tartans, and thanks to that, the City of London has an “official tartan” for their officials to use when desired.

Around 150 new designs are registered each year, and tartans are no longer limited to just people and clans or groups, but to organisations such as councils and even private companies that can have an official tartan. It’s not that expensive either – find a designer to create a tartan for you, and then record it at the Scottish Register of Tartans. And that’s why earlier this year, London North Eastern Railway (LNER) registered its own official tartan, which officially can only be worn by LNER staff.

Maybe one day there will be an official ianVisits tartan!