In leafy Clerkenwell is a mighty church that externally looks as polite as a Clerkenwell church should look, but inside is still showing the massive scars left by WW2.

This is St Mark’s Church, and it has a rather curious origin. 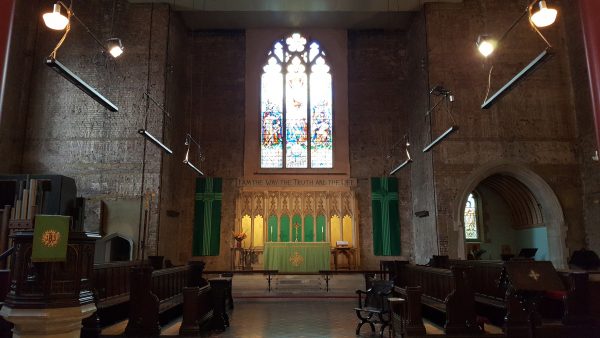 This part of Clerkenwell was once home to the New River Water Company, and when they started developing the area into housing, were prevailed upon to donate some land for a church.

The current Myddelton Square was duly laid out, with the church in the centre. A condition of the donation though was no graveyard. The square was to be kept open for the locals living nearby to enjoy, not to become a resting place for the dead.

As it happened, burials are not prohibited outright but have been discouraged through high fees.

The completed church was consecrated 190 years ago, on 1st January 1828 as a fairly typical church of the era, a ground floor pews, and seating around the sides on an elevated floor. 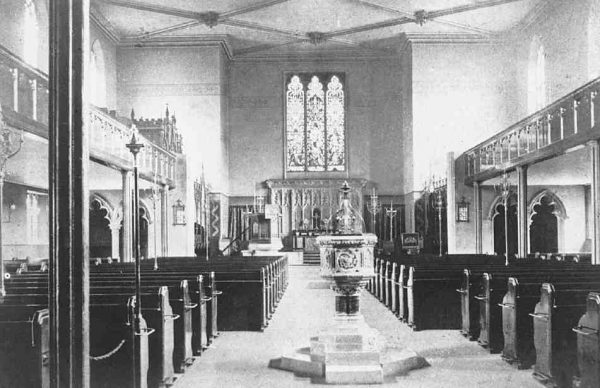 Although the body of the church was rather ordinary, the tall tower, clad in Bath stone is a triumph, dominating the area and providing a magnificent approach from the main road.

It soldiered on for a hundred years, until in the 1930s the side galleries were removed as they were becoming unsafe – leaving a vast open rectangle of a space for worshipers.

The biggest change though took place on the evening of 21st September 1941 when a series of incendiary bombs damaged buildings across the square including the east end of the church.

It took 20 years to repair the structural damage, with all the wall plaster being stripped away and new concrete columns installed to support the roof. 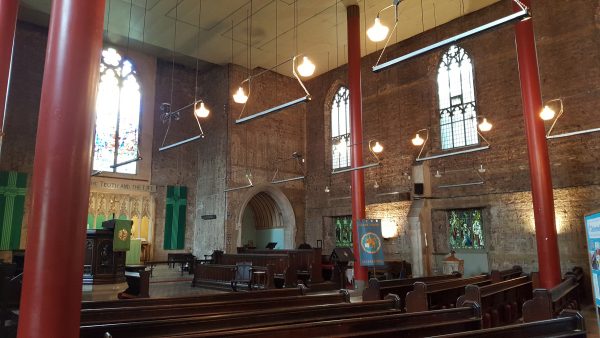 Today we have an austere brick box, and that rather unusual aesthetic is what makes this church such an interesting one to visit. In time, the plaster work will doubtless be restored, but at the moment it has a rather interesting appeal to it unlike other churches in London. 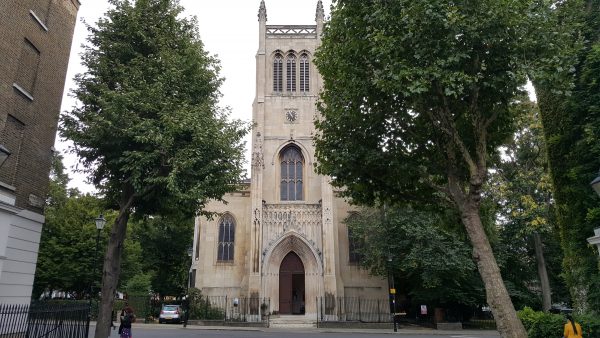 It is also a church that made a very fleeting appearance in a Channel 4 programme, as it can be seen from the windows of a Georgian row of houses, one of which at the turn of the Millennium was in a very run-down condition. 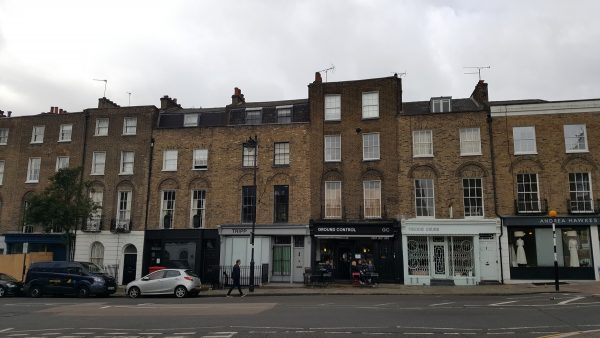 On the odd occasion that episode is repeated on telly, I kept thinking I really should pay the area a visit, and it was only by accident that I was here, as I had arrived a bit early for a visit to the nearby Bevin Court and was wandering around when I realised I recognised the area from a TV show I hadn’t seen for many years.

I guess the show made a bit of an impression!