The British Library explores the dark arts of Propaganda

Published 19 May 2013 by London exhibitions

A new exhibition has opened at the British Library that looks at the art and effect of Propaganda as perpetuated by governments across the world.

We all know what propaganda is though – don’t we? 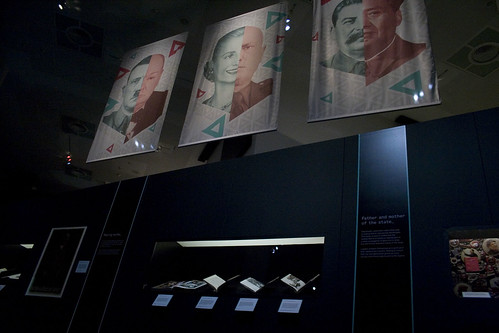 How about postage stamps? Are they propaganda? Well, here in the UK they all carry the image of the head of state, and when affixed to an envelope turn your personal letter into Official Correspondence, to be delivered to the end address by authority of the State.

We may be so used to the postage stamp that we don’t give it a second thought, but I lived in a lot of countries with various dictators and Presidents, and there, the image of the Head of State on a stamp was far more pervasive a tool of political control.

Every day we transact with propaganda, as we hand over paper currency with all the emblems of State power emblazoned upon them. Currency is probably the most powerful tool of the State, and the iconography used on the currency may be decorative, but it is also reminding us who is boss. 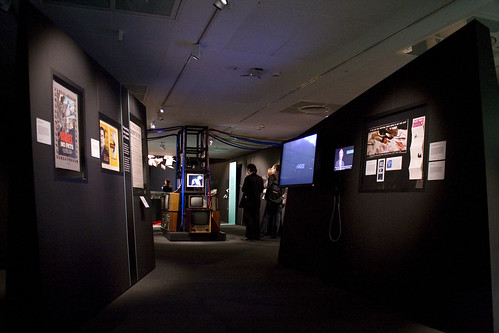 The British Library exhibition touches on these aspects all too briefly, in a display given over to the larger demonstrations of power and propaganda — the posters.

Something that we might not fully realise, is that while a lot of the images are familiar from repetitive use on t-shirts and in books, that belies the sheer impact of the original posters. They are huge. They dominate and breathe down on you as you walk past. Imagine a street full of warning messages instead of exhortations to shop.

Then again, in recent years, exhortations to go shopping have themselves been a form of propaganda. Buy things and save the economy from recession! 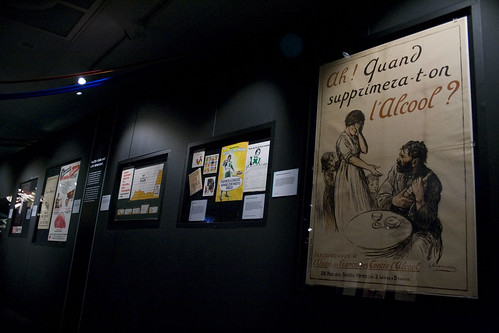 Propaganda can also be more subtle and private though. The theatre of power is a very powerful tool — if you look grand and imposing, people assume you are the sort of person who can make decisions. It’s not without good reason that the Foreign Office was refurbished and returned to their Victorian grandeur during the 1980s. Britain is a power again, and grand buildings humble the supplicants seeking an audience with Ministers.

Even 10 Downing Street got a makeover, and while modest, the differences turned a rather shabby 1950s interior into an impressive Georgian House once more.

Back to the exhibition, dotted around the place are a load of Antony Gormley-esque mannequins with messages printed on their chests. 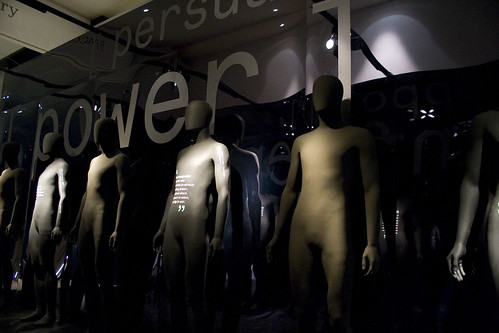 A number of video screens carry interviews with modern politicians talking about the propaganda power of the London 2012 Olympics.

I live on the Isle of Dogs, and the “Back the Bid” campaign was unsettling in how it was emblazoned everywhere. Posters hanging from street lamps, DLR stations bedecked in massive adverts, and everywhere messages to send a text message supporting the bid.

Support the bid — or else. 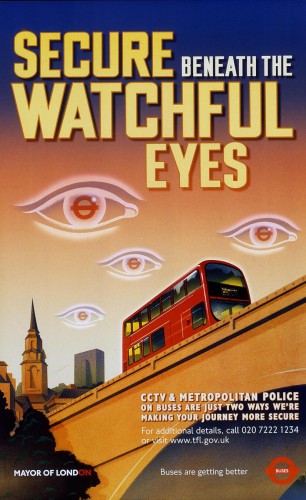 Have you noticed how most posters from TfL carry the Mayor of London slogan on them? Never forget who is in charge.

An exhibition that has largely focused on elements of propaganda that we might nod at and agree with, ends with health scares. Is John Hurt’s memorable voiceover on the AIDS adverts just a health message, or were there moral undertones — government seeking to influence morality though a scary advert?.

Most of the health messages are eminently sensible, but also they remind you that Government Knows Best. You shall obey the government. We may be more questioning today of government messages, but politicians will never fall out of love of reminding us how we rely on their largess for all the good things in our lives — and how other people are to blame for all the bad things.

Oh, the one thing that was mercifully missing though — the one propaganda poster that is all-pervasive today, but was never actually used during the war.

So stay calm and visit the exhibition.