Around 150 metres below ground, and nearly three times deeper than the deepest tube train, can be found a part of the Crossrail network. 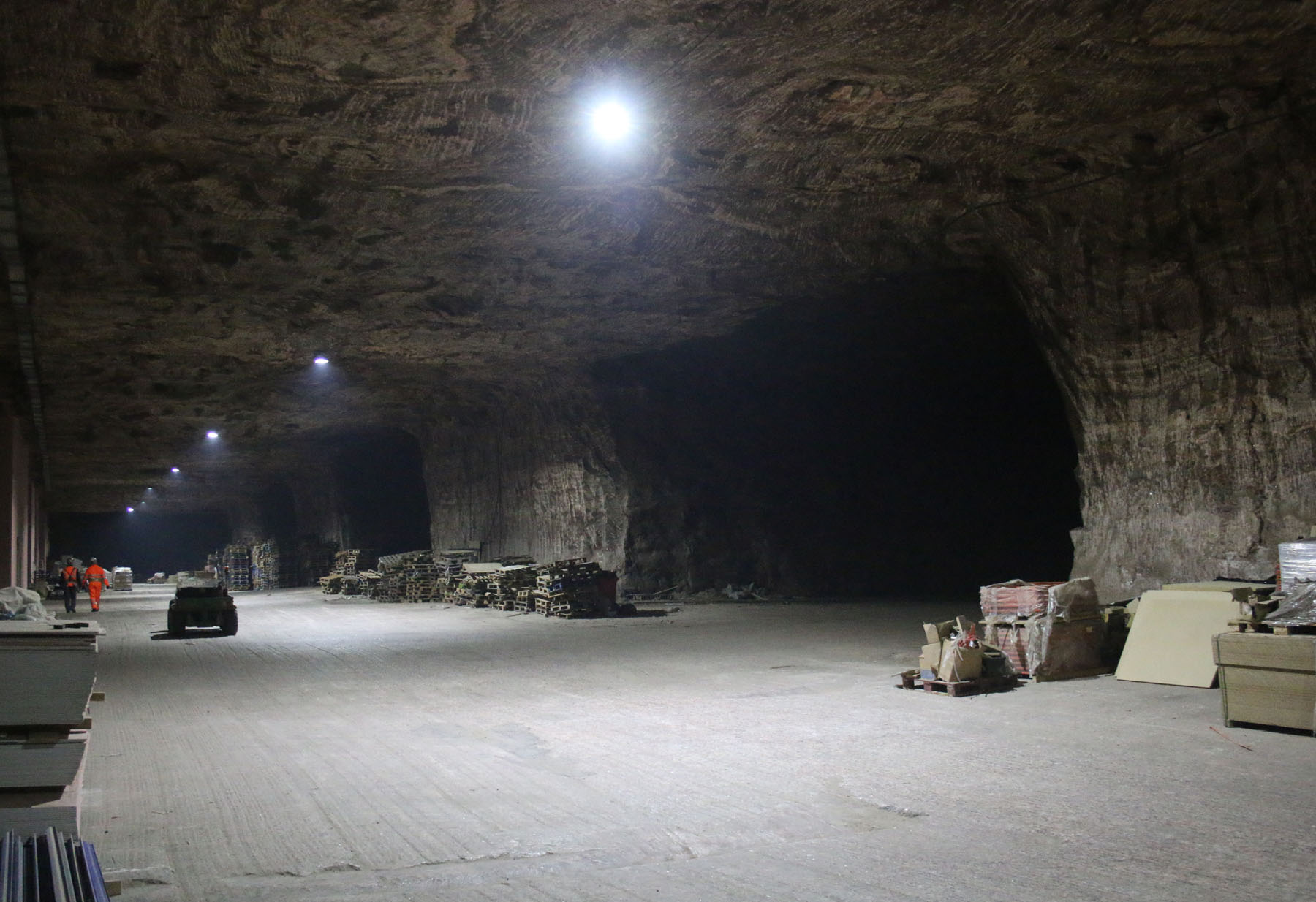 It’s not in London though, but in a salt mine under the Cheshire countryside, and is a secure vault for a part of Crossrail that was built even before Crossrail was given permission to be built.

Back in the early 1990s, the precursors to Crossrail started testing the ground to decide which would be the best route for the railway, should it ever get permission to be built.

If you are running a tunnel boring machine that is designed to work in clay and it hits a large and unexpected load of waterlogged sand, it can take ages to sort out the mess.

So, engineers drilled down from the surface, up to 70 metres down to take soil samples for inspection.

When you’ve got long tubes of soil out of the ground running to some 10 km in length, you need somewhere to store them — and thus we come back to Cheshire. 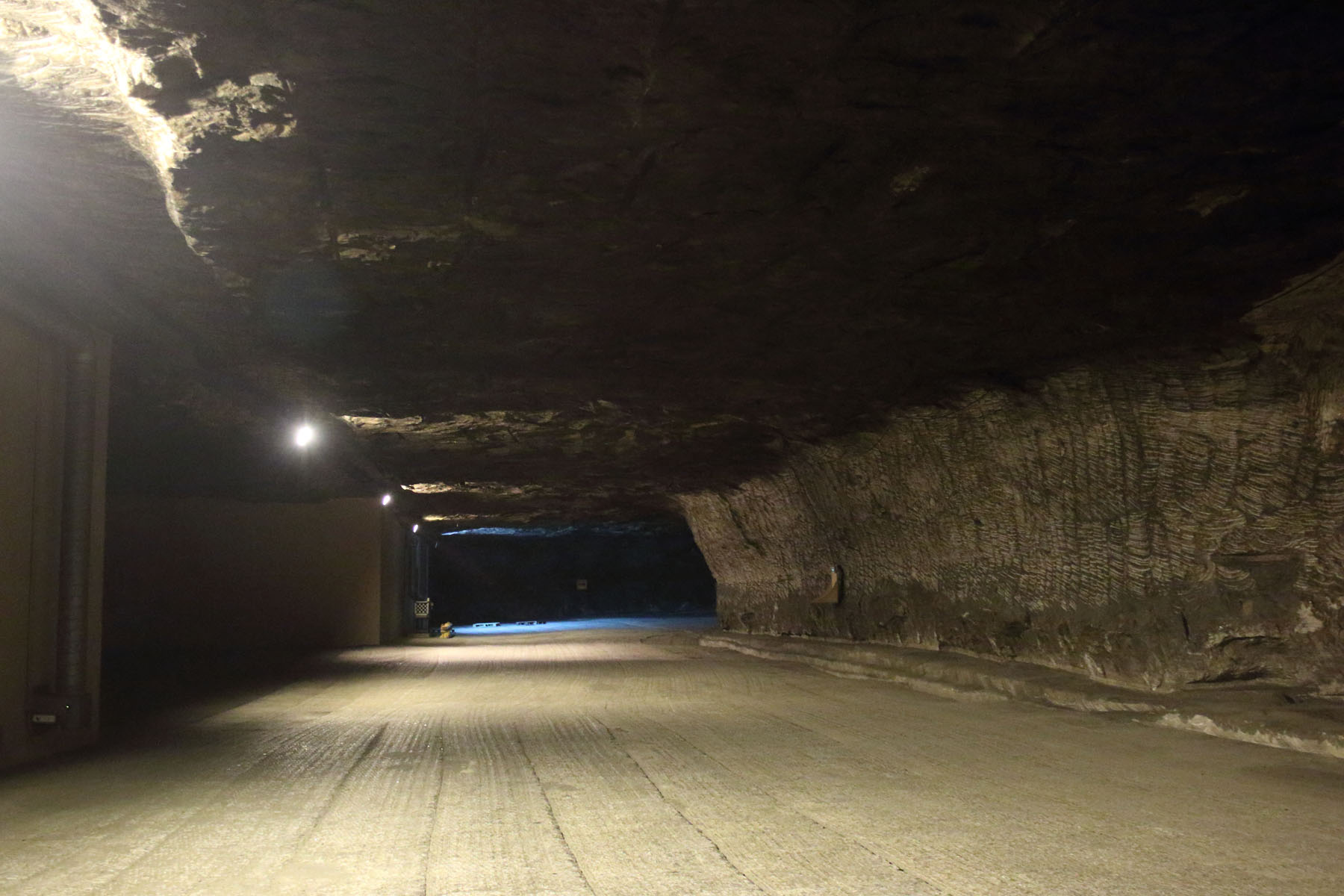 A salt mine that is about four times larger than the City of London sits around 150 meters underground and a very small portion of it, a mere 700 football pitches worth is used to store precious documents.

Although it’s three times deeper than the deepest tube train, it is, by salt mining standards, fairly shallow, and at 150 metres below ground, it has a near-constant temperature and humidity. Oh, and it’s very secure.

In fact slightly more secure than expected as the usual human lift was out of order on the morning of a visit by a few invited people, so we took a much rougher ride down in a shaft usually used for carrying equipment. 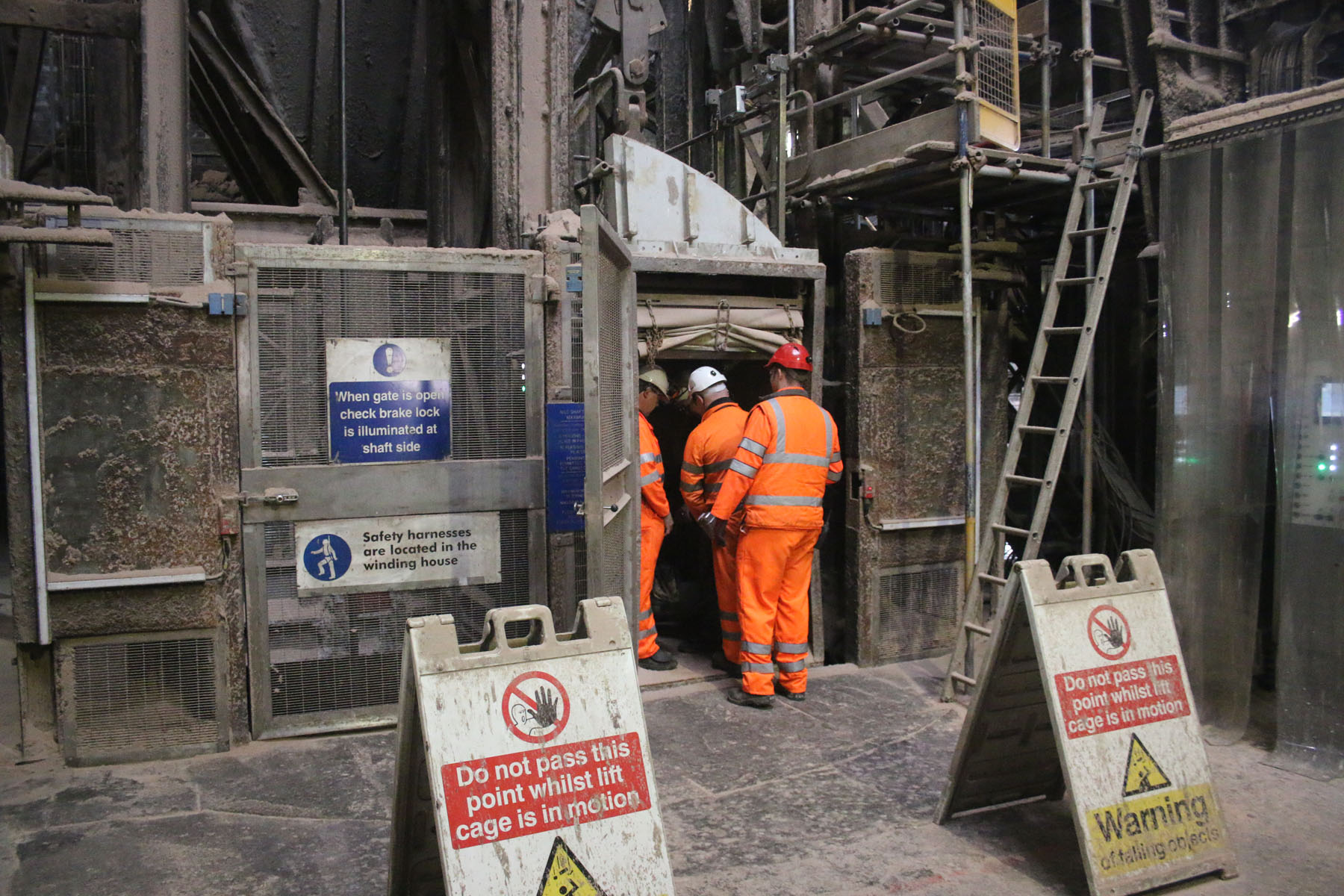 Getting around a site this vast calls for road vehicles, and a tour mini-bus to drive through unlit corridors carved out of the rock salt. The layout is like an American city, with roads laid out in a grid pattern, and mighty pillars of salt holding the roof up. 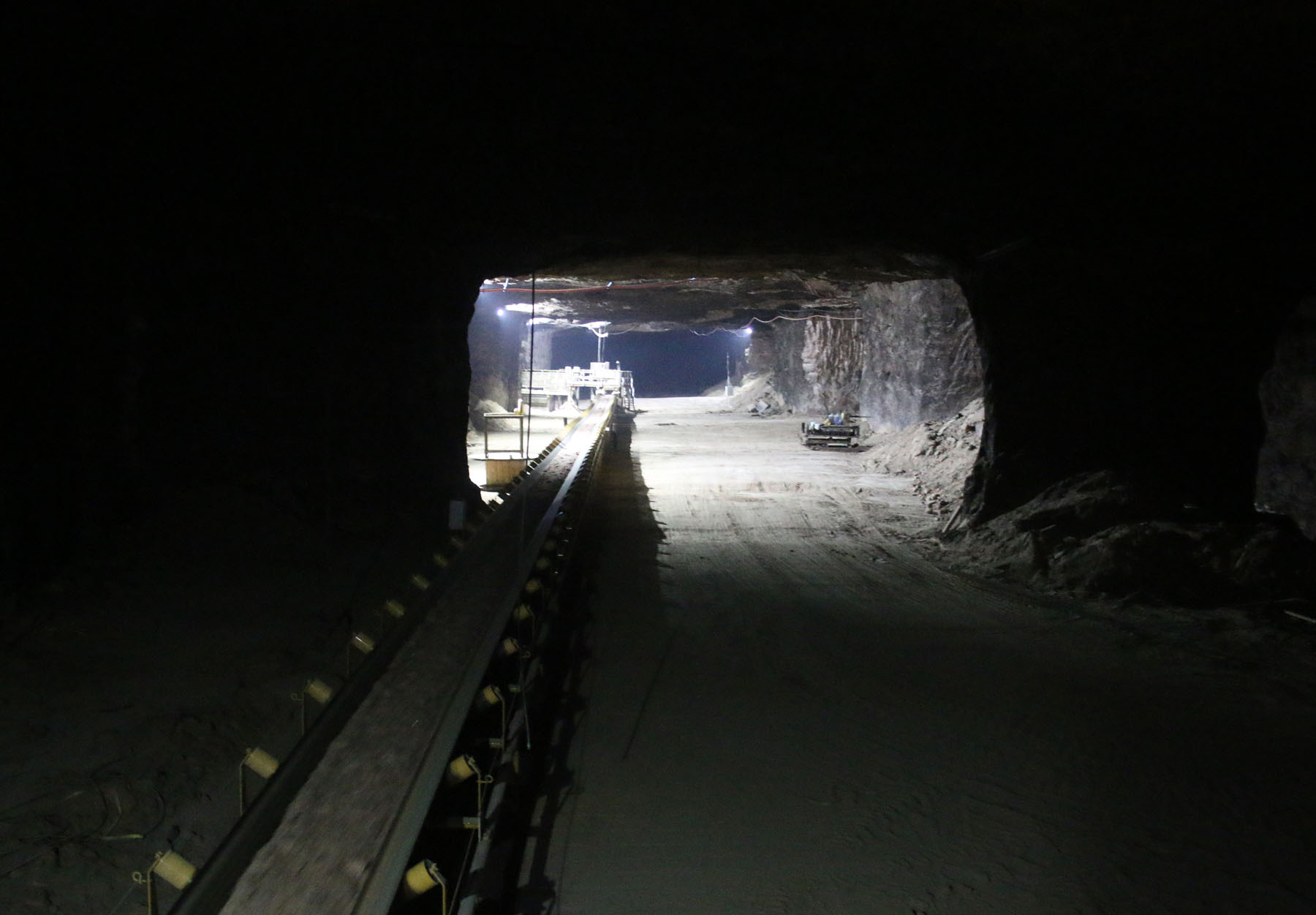 A subtle part of the security of the place is that each “road” looks the same as the next, and apart from worksites, the whole mine is in total darkness. You wouldn’t want to get lost down here. 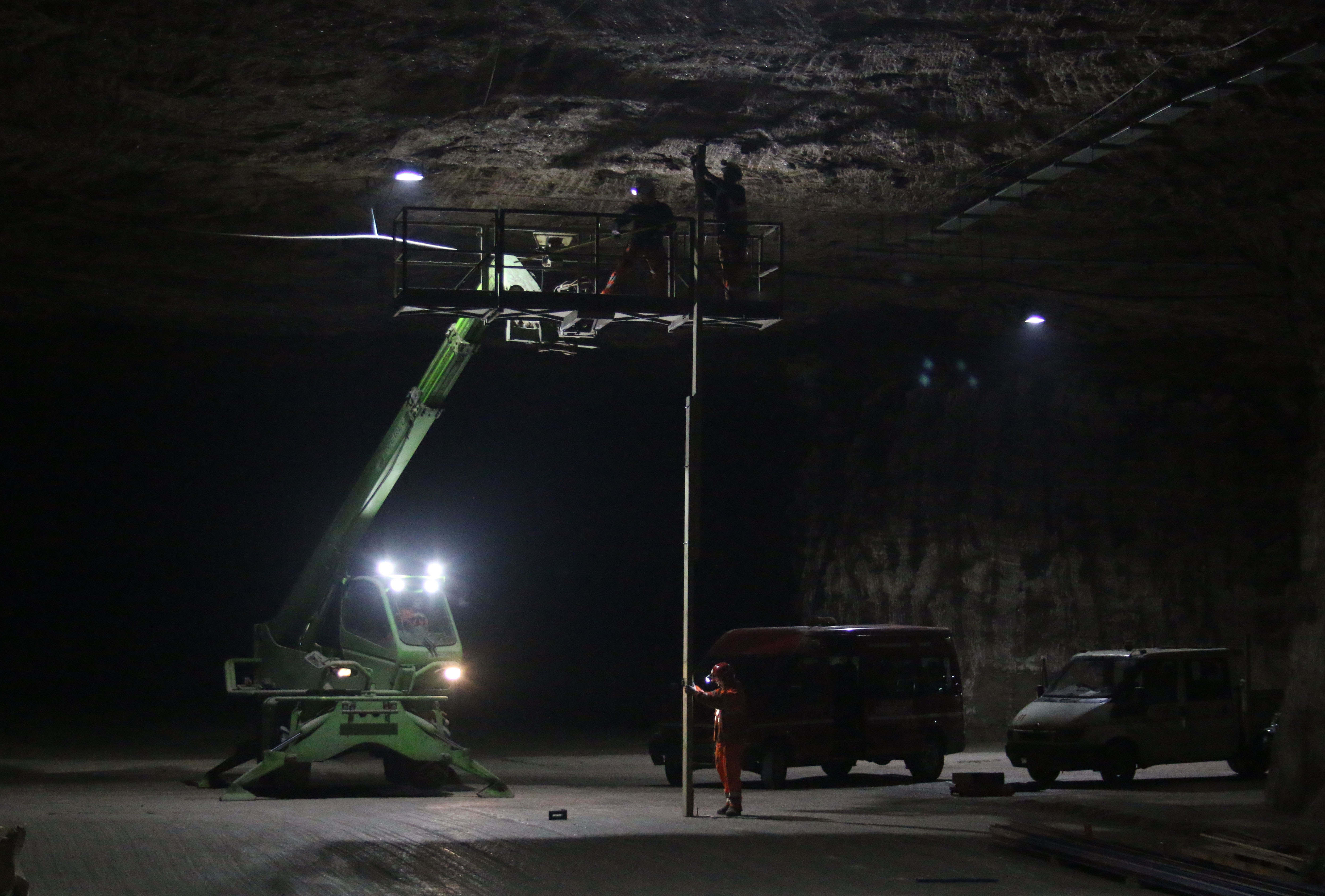 Although the mine is still active, and still happily chewing out rock salt, just under 20 years ago, they started sealing off some of the side corridors and turning them into secure document storage centres. 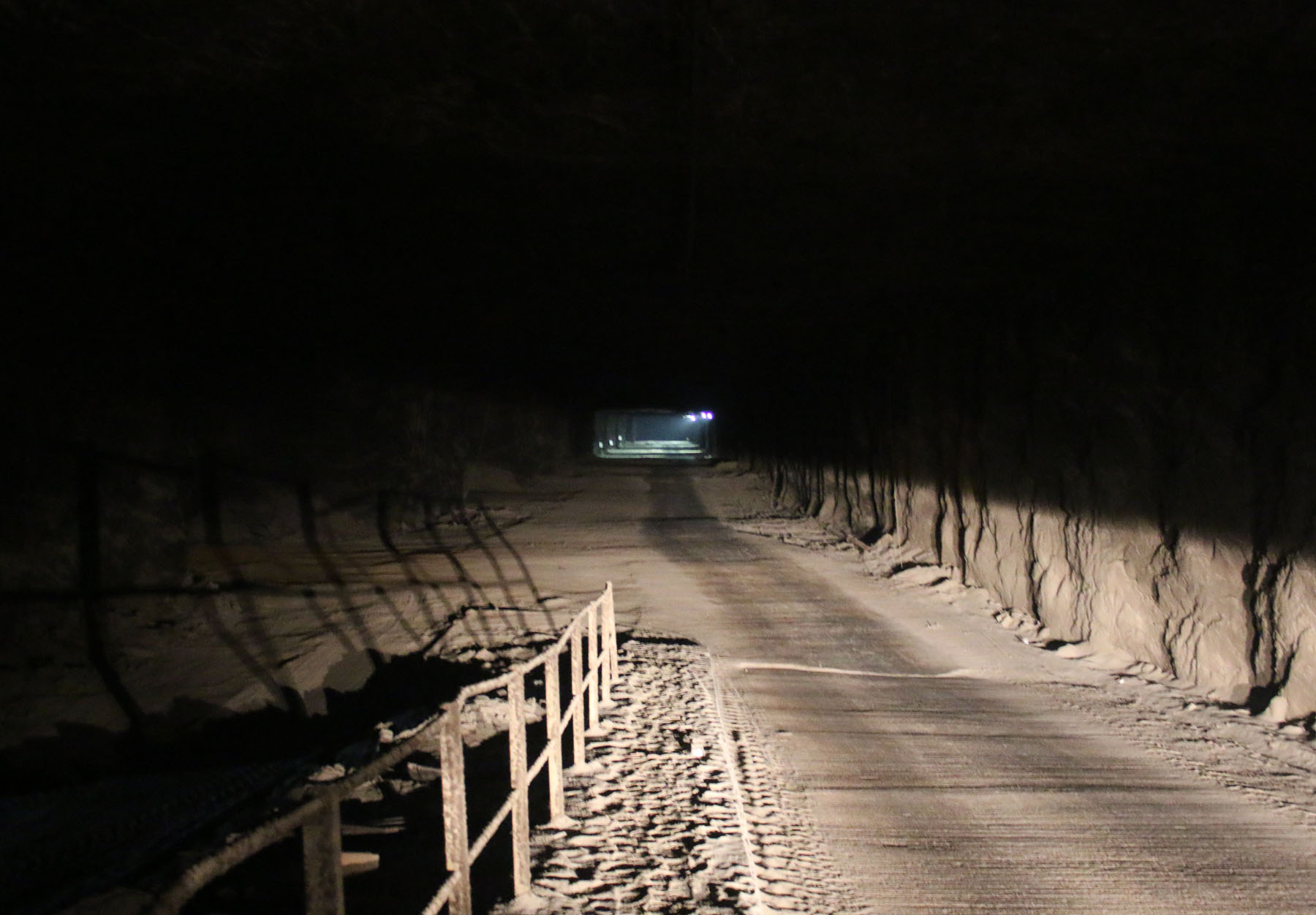 Some of the National Archives are here, and some of London Underground’s own historic archives are stored here, alongside museums, commercial companies, and even some artwork. 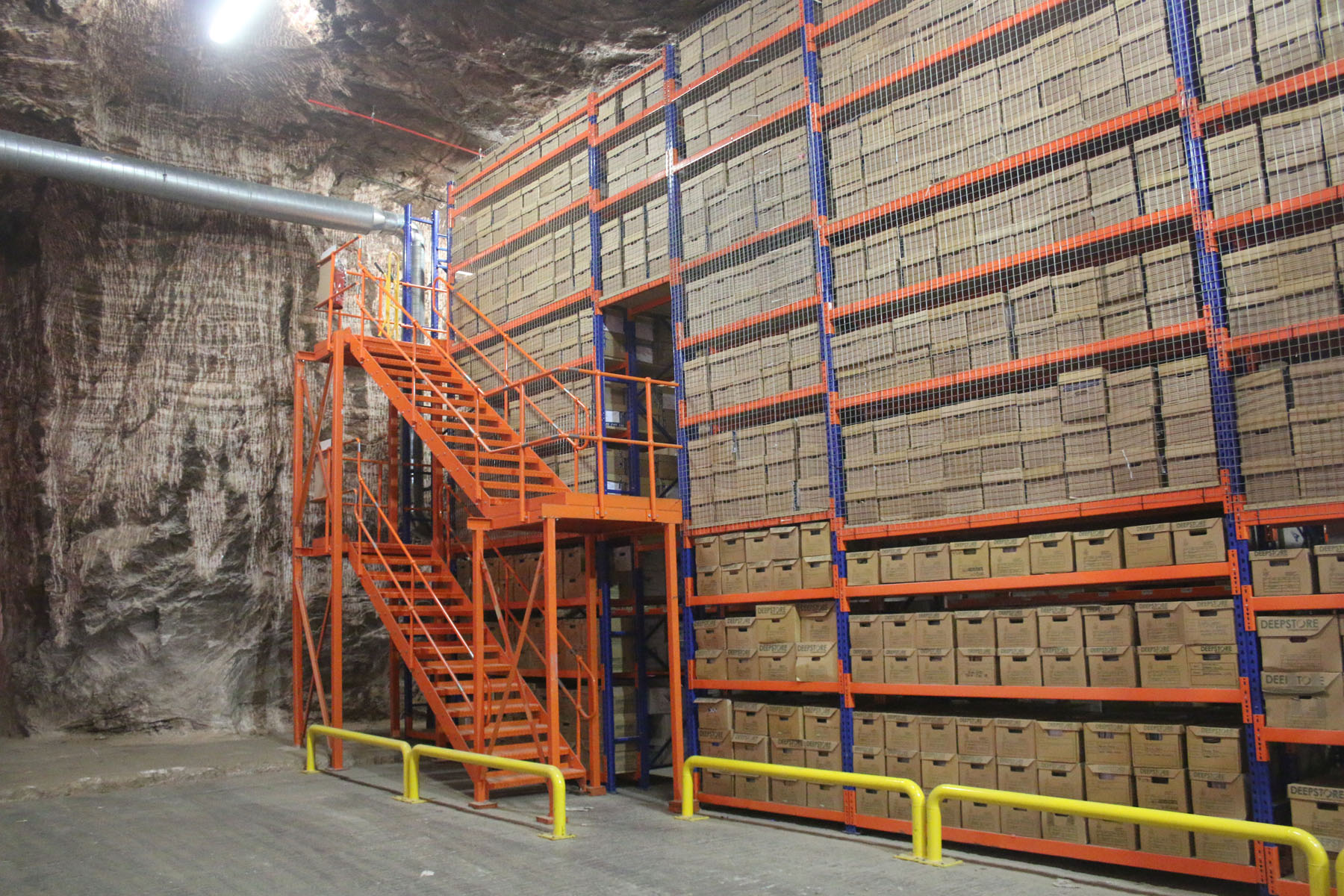 Crossrail has a slightly different setup, having rented an entire room for itself, and half-filled it with pallet loads of small wooden boxes, each containing precious cores.

And at roughly £100 per metre, there is significant commercial cost embedded in these cores, although the intellectual value they offer is far greater. 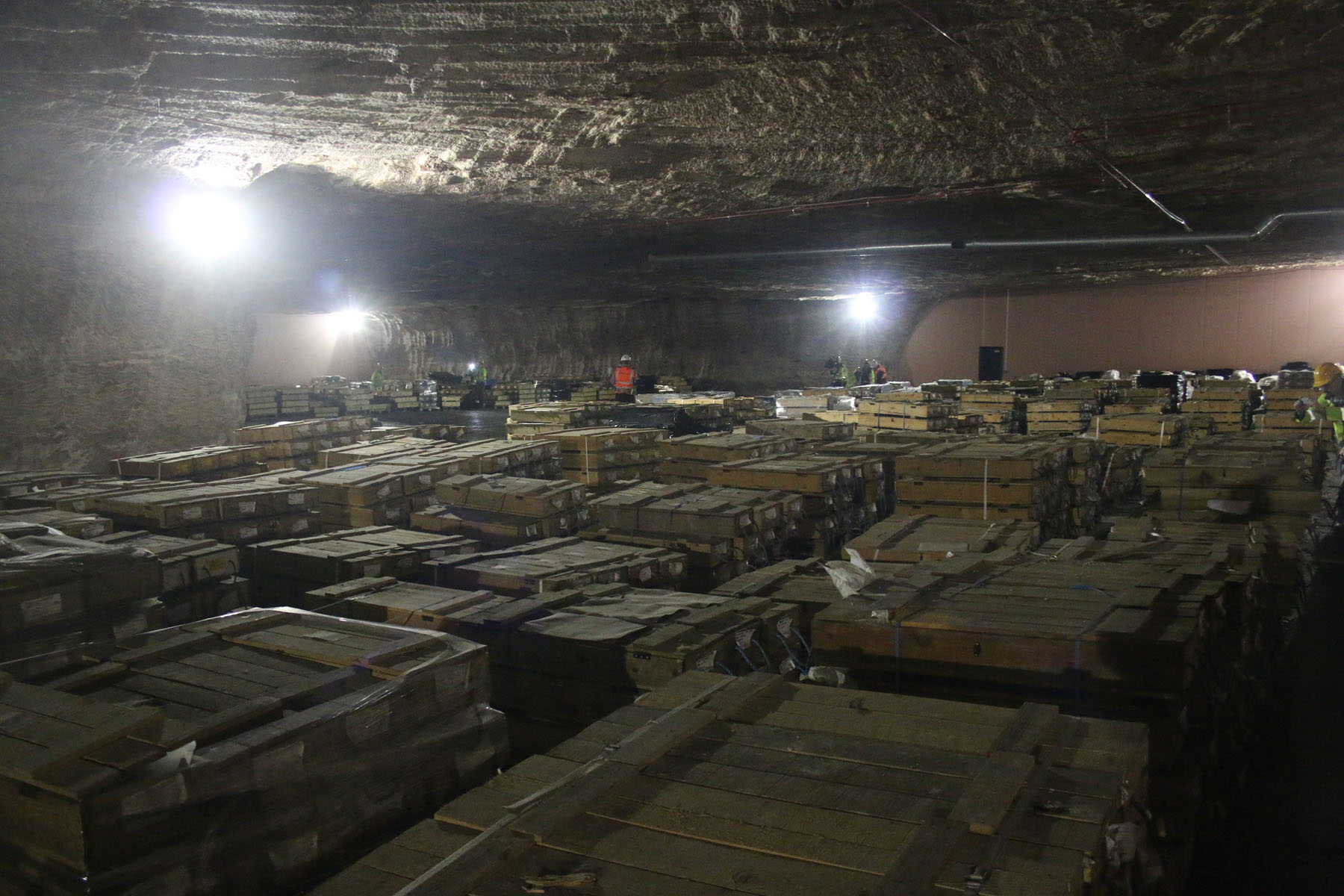 The foresight in taking not just core samples, but far more than is usually required has paid off in the sheer lack of geological problems on the Crossrail project.

It’s an insurance policy, looks expensive, unlikely to be needed, but when it is, you’re usually pleased you took it out. The same with Crossrail — the cost was not insignificant, but had something gone wrong with the tunnelling, the cost, in cash and reputation would have been extreme. 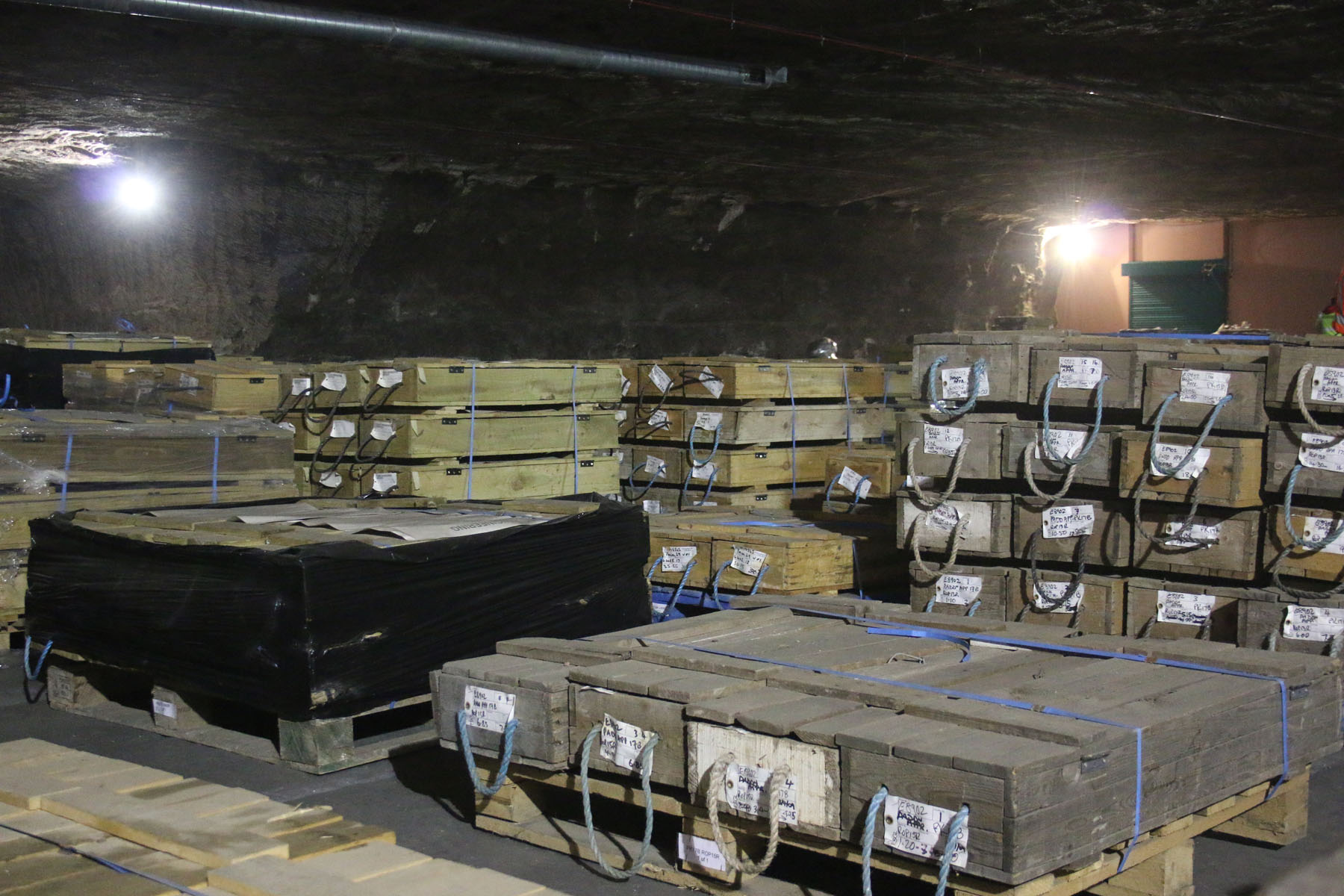 Thanks to the information extracted from the cores, Crossrail made changes to several of the cross-passages linking the two main running tunnels. They also deepened the tunnel under the Thames at Woolwich. A cross-passage there was moved to avoid a pocket of unexpectedly loose gravels that would have been exceptionally difficult to dig through had they not known it was there in the first place. 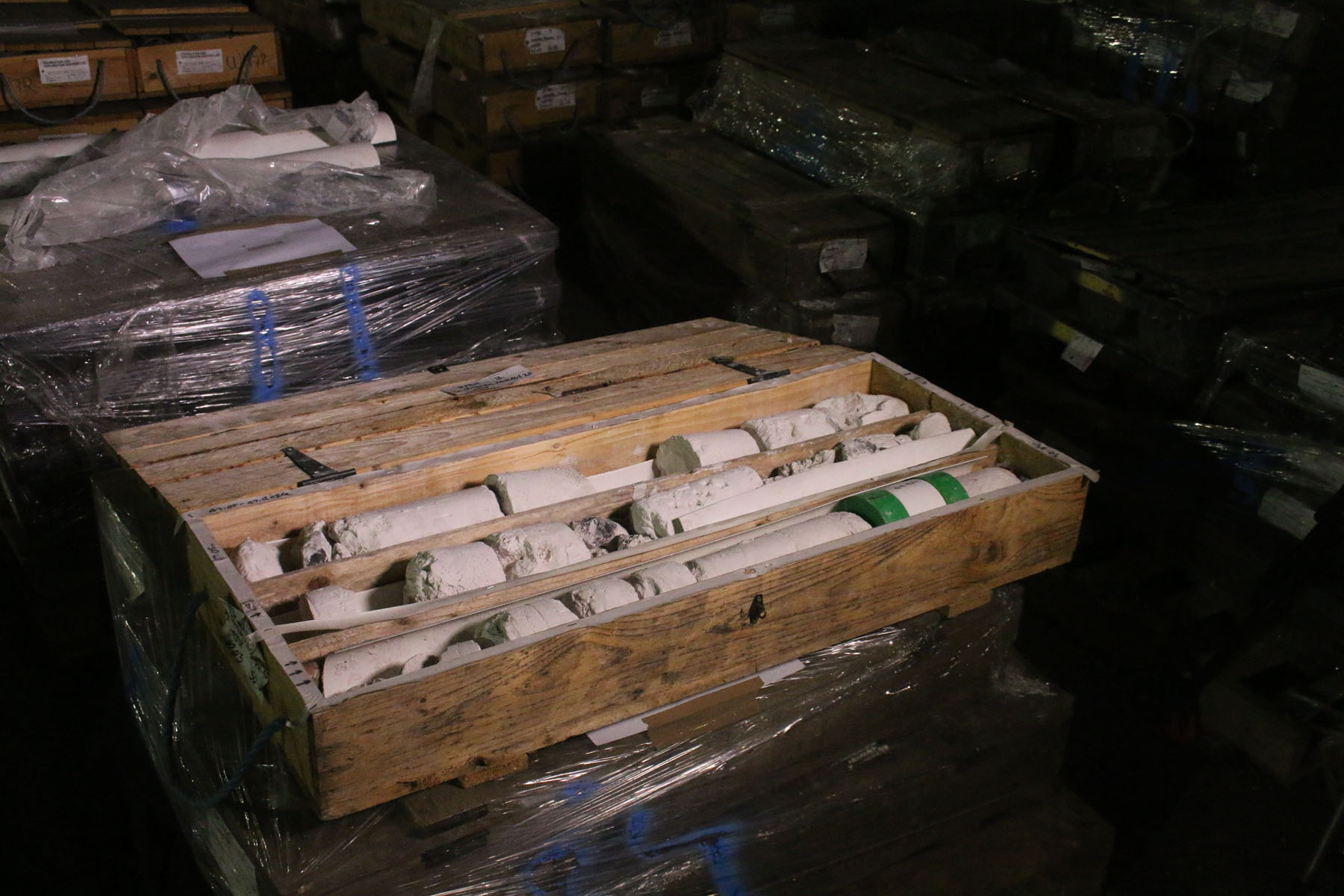 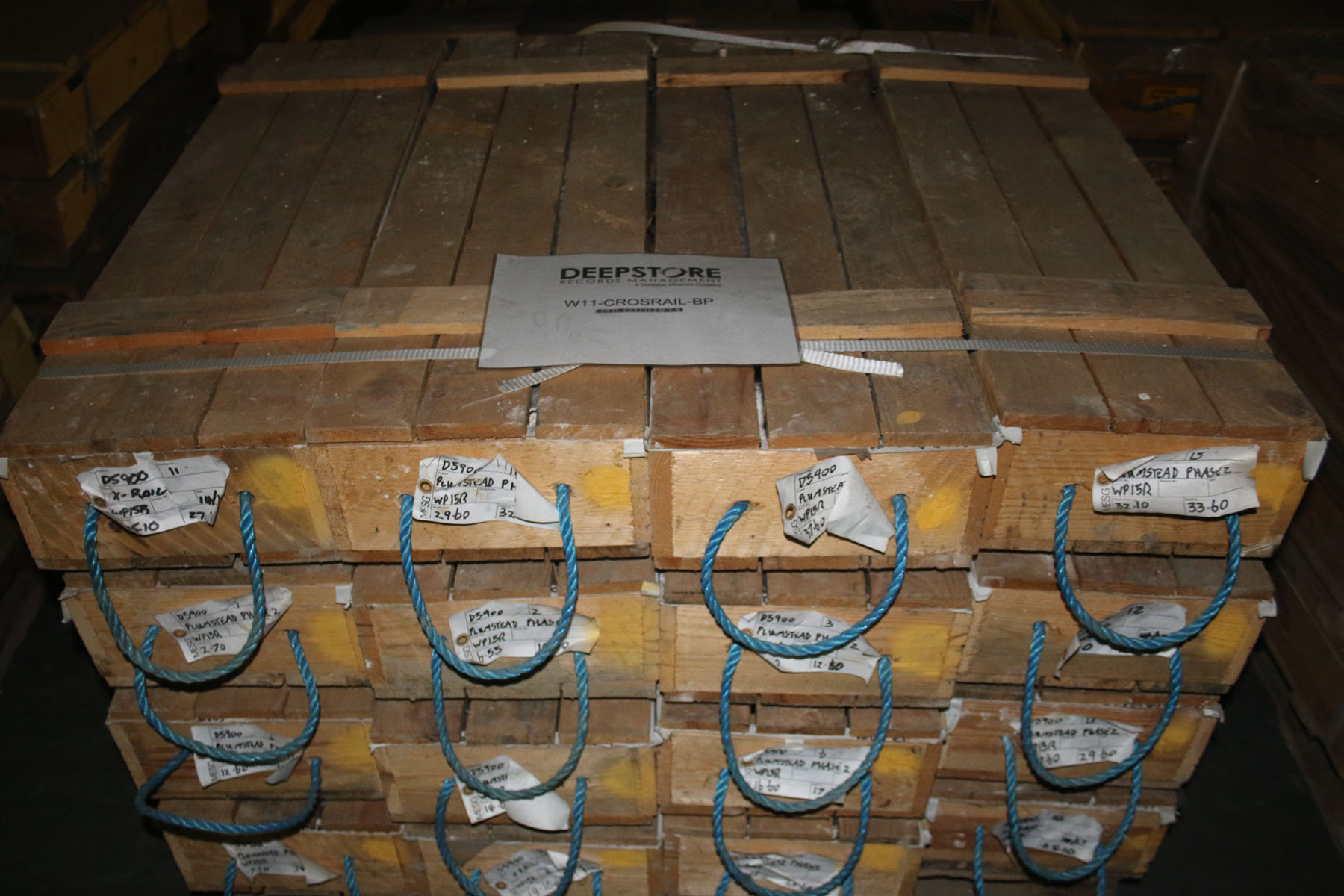 Although Crossrail has now extracted almost all the knowledge they can from the cores, other organisations have a use for them, such as London Underground, utilities, and even some building sites digging deep basements. 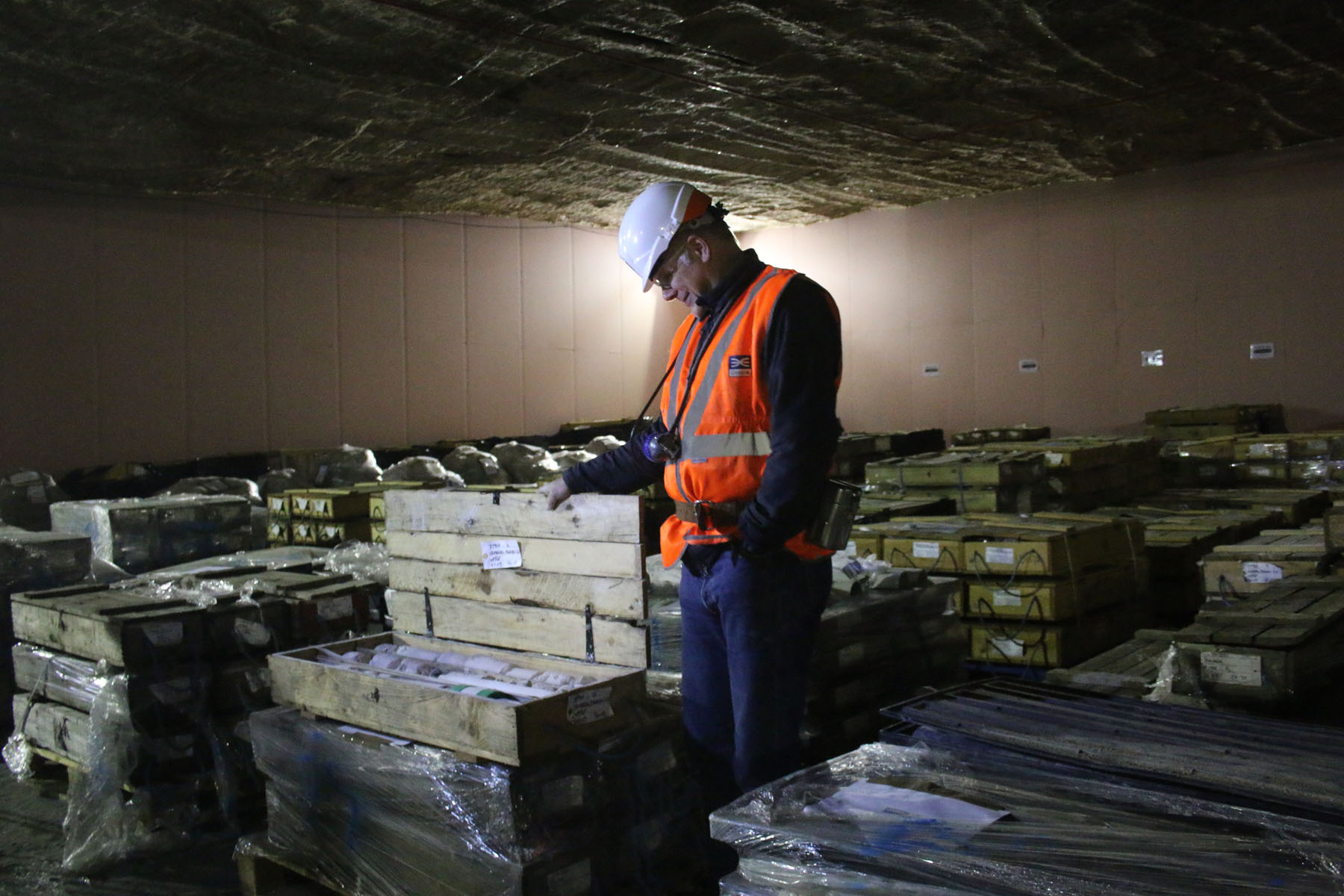 It’s a construction legacy of the Crossrail that will continue to deliver the goods long after the Elizabeth line takes its first paying passengers.

And if we have a bad winter, the salt put on the roads comes from the same mine that is now housing Crossrail’s geological heritage. 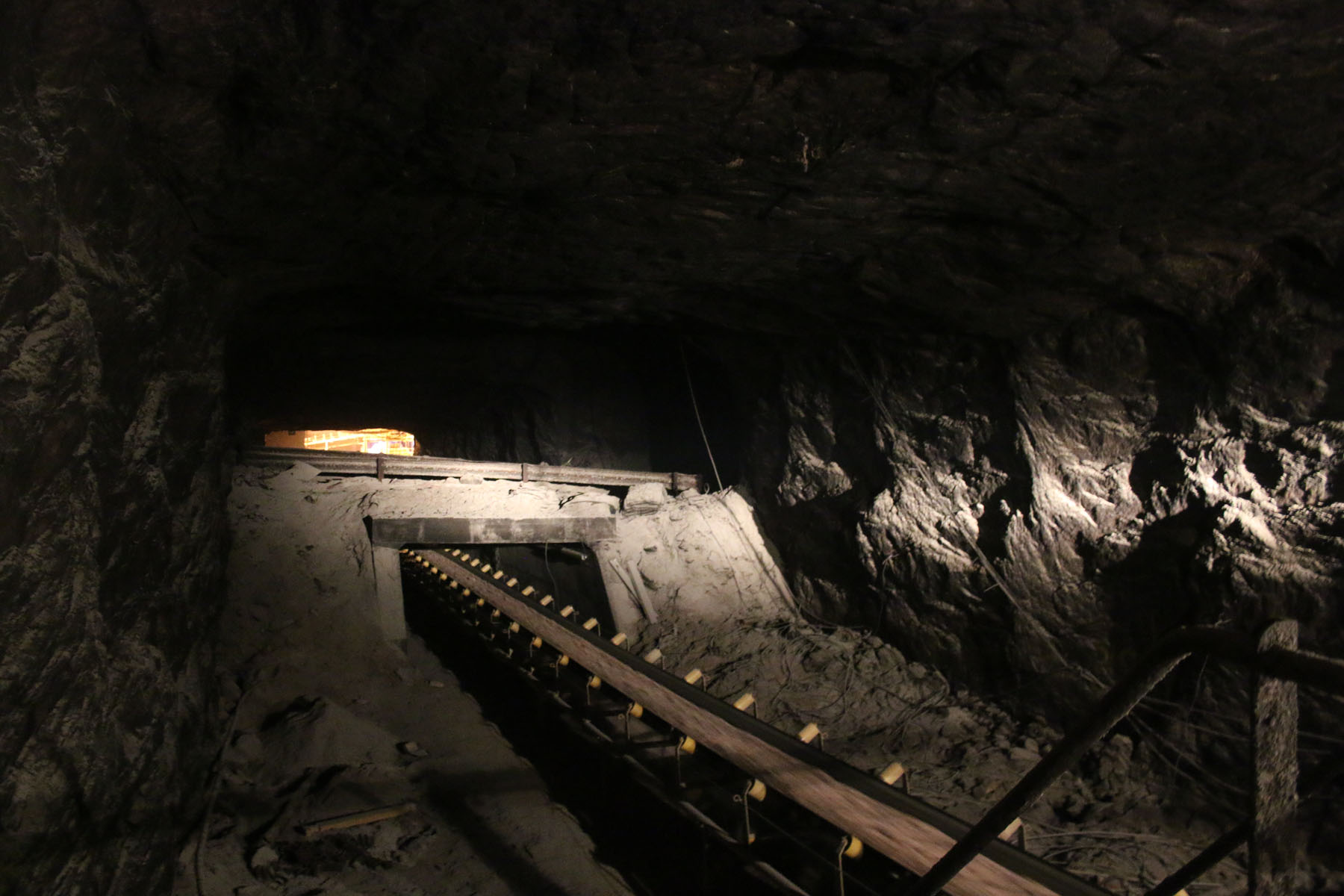 Also on the visit was London Reconnections and the BBC