Quite why there is a white horse carved into the landscape here is unknown, with almost as many theories as the horse has years of its exceptionally long life. There are even doubts about whether it’s a horse at all.

What is known is that it dates from the late Bronze Age, making it around 3,000 years old. It’s also not just a cutting in the ground where the turf has been removed to reveal the chalk beneath, but actually a series of trenches several feet deep that were then filled with chalk.

If it were left untouched, the grasses would have long since reclaimed their vacated space, and the hill top would be just another hill in England.

For the horse to survive, it has to be regularly cleaned. 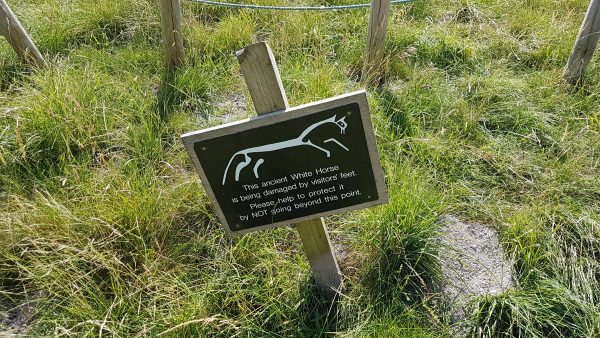 How that was done in the past is one of those great mysteries that will probably never be solved. Whether community bonding, religious or ceremonial, all that is known is that the cleaning took place.

Until the late 19th century, the horse was scoured every seven years as part of a more general local fair held on the hill. Francis Wise wrote in 1736: “The ceremony of scouring the Horse, from time immemorial, has been solemnized by a numerous concourse of people from all the villages roundabout.”

Today, the fair has long vanished, but to stop the horse following the fair into oblivion, regular rechalking days take place.

Rather interestingly, although English Heritage owns the site, it’s the National Trust who look after it, and it’s their staff who are up there managing the rechalking tradition.

People are asked to visit, pick up a hammer and bash a fresh layer of clean chalk into the surface of the horse. And just how often will you be allowed near an ancient monument with a hammer in your hand, let alone allowed to bash away at it?

The guardians of Stonehenge would have a very different opinion of such things.

There’s a nearby car park, and a decent walk to the top with stunning views across the countryside, and over to horse to collect some chalk and then instructions about what to do. Taking a lump of chalk, the dryer the better, bash away until it’s in fragments, and keep bashing until it’s a fine flour.

The trick, once the large lump is smaller lumps being to let the weight of the mallet do the work for you, otherwise it can not only be exhausting, but counterproductive as well. 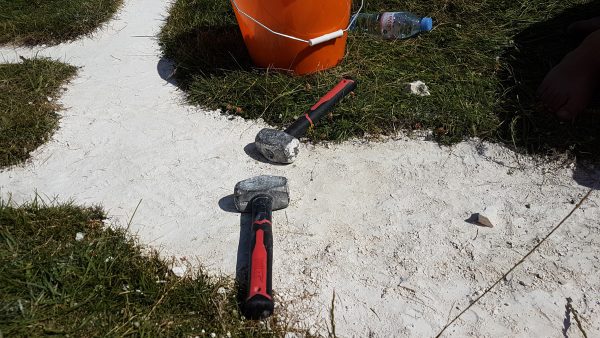 Never has a dentist performed so expert a job, once we worked out what to do that it.

An hour or so sitting on the grassy slopes, chatting away and bashing an ancient monument with hammers. What a curiously perfect way to spend some time. It’s also oddly very very relaxing, the tap tapping away at the chalk to create that perfect porcelain surface as all the worries of the weeks fade away.

The next time we’re passing we can point up at the horse’s mouth and say “we did that”.

Thanks to Tom for the lift in a car, and it was a pleasant surprise to see another Tom there as well. 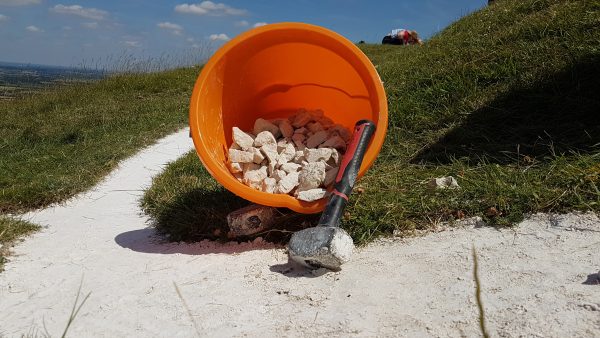 If this sounds like your sort of thing, you can also do some bashing, as they’ll want some more cleaning done this coming August Bank Holiday. 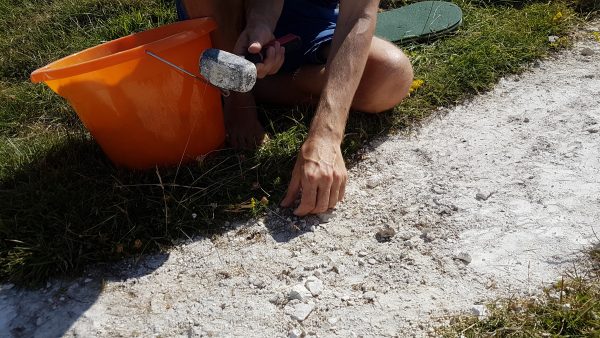 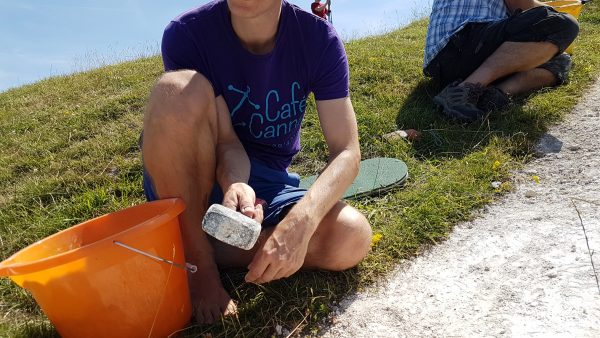 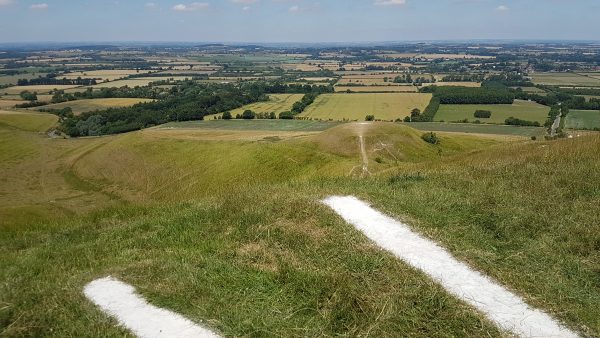 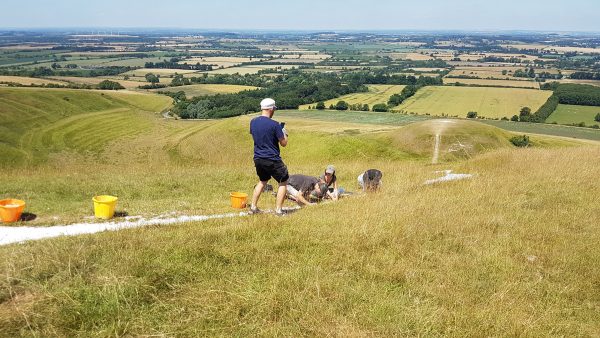 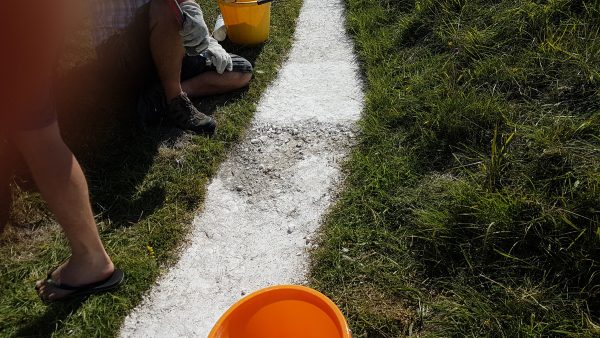 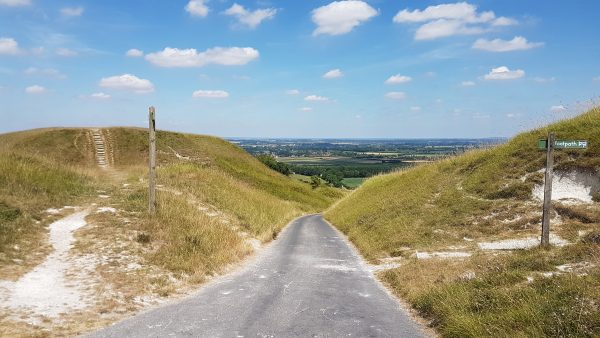 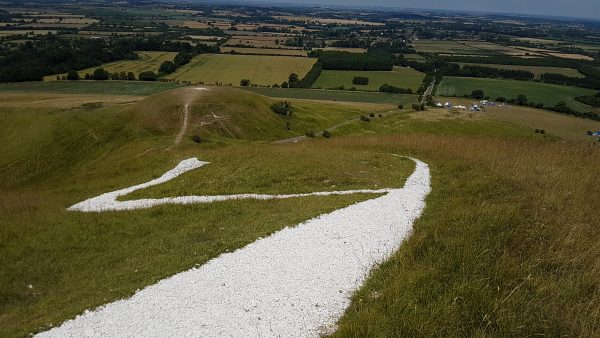 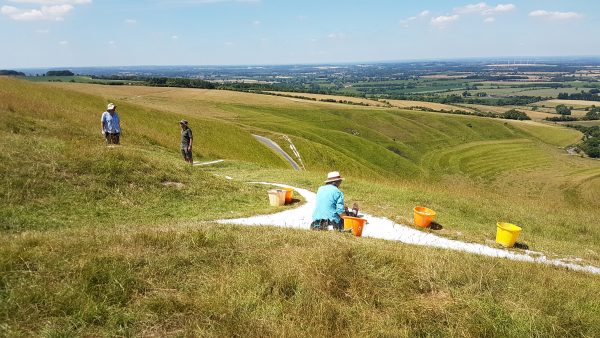 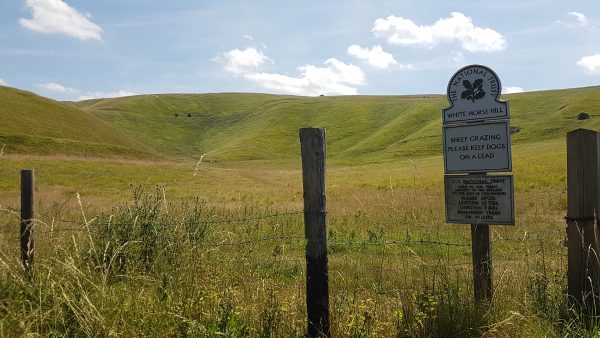