Imagine a tube tunnel running under Southwark and the City, but carrying full-size mainline trains — and you would be imagining something that was actually proposed. 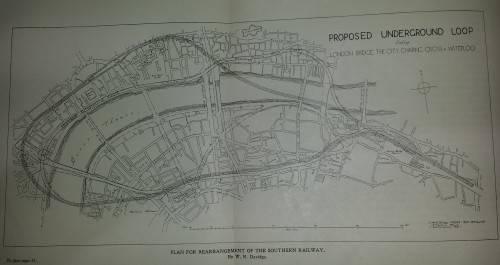 At the turn of the last century, there were serious attempts to get rid of Charing Cross station, and the railway leading up to it. One of the various proposals would have seen trains from London Bridge dive down into a series of tube tunnels, and loop under Southwark towards Charing Cross, then back to London Bridge via the north side of the Thames.

Today, the notion of replacing the six platforms at Charing Cross with a single tube station would seem barmy, but at the time of the proposals, trains were increasingly seen as the past, and the motor car was the future, so it was seen as a time to shrink the railways.

In fact, as noted in the report, by Arthur Keen, terminus stations are inherently inefficient and would be better replaced with through lines under London, or loops, so that trains don’t have to stop and turn around. Of the reports many crazy ideas, that comment is about the only sane thing in the entire book.

One of the proposals came from a Mr W.R. Davidge, which sent the railway underground, with a station at Blackfriars Road, one at Waterloo Station, and then on the north side of the river, at Charing Cross, one at Temple, and one at Blackfriars.

In this plan, not only is Charing Cross mainline station demolished but so is Cannon Street station, as both would be served by the new loop railway. The architect felt that the cost of the tunnels and new stations would be covered by the proceeds of selling the land currently occupied by the railway viaducts in Southwark.

All three were variants on the same, basically a much smaller loop running towards Charing Cross and back again, with just some minor differences. The main one is the provision, or not, of terminus platforms at Waterloo so some trains could stop there and reverse back down the tunnel.

The new station at Embankment would have been under glass, which would have been a dramatic sight at the time. The cost of the three schemes came in at around the £10 million mark. 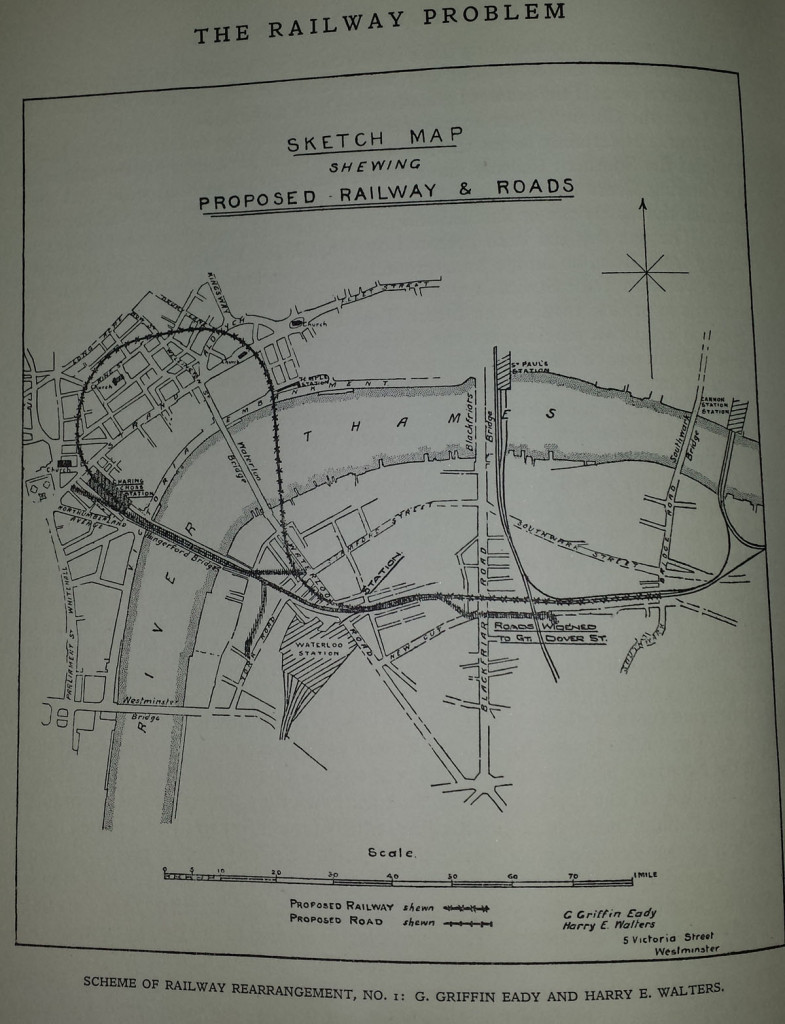 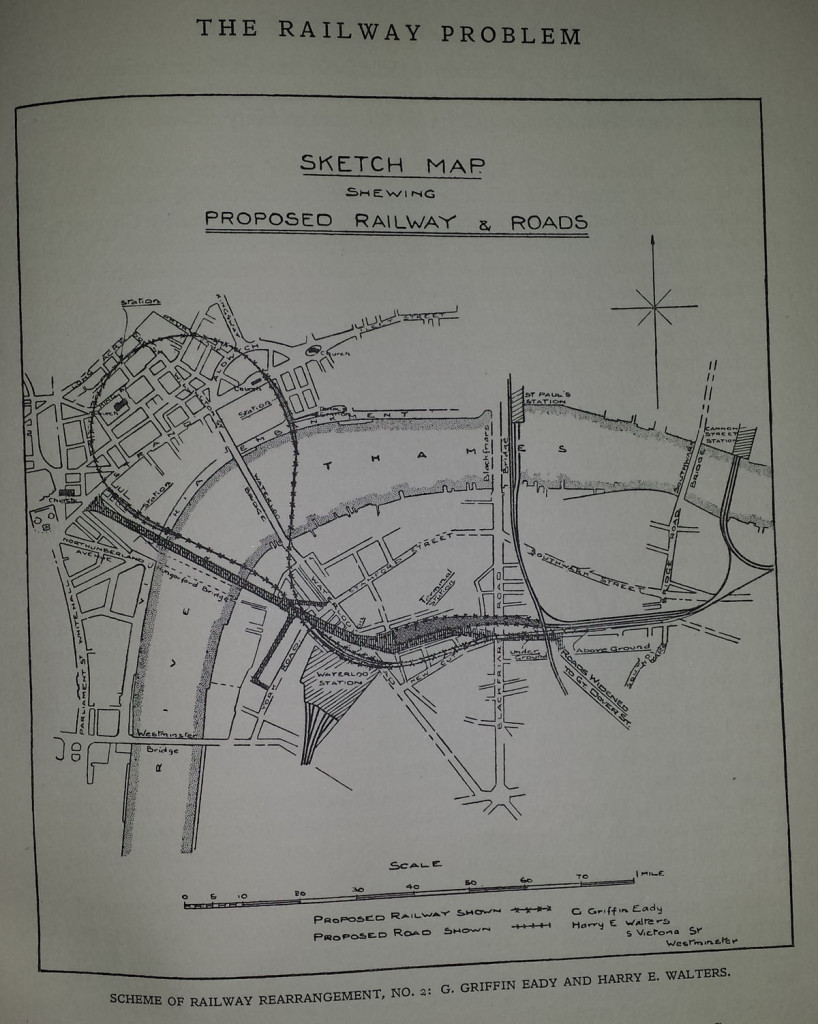 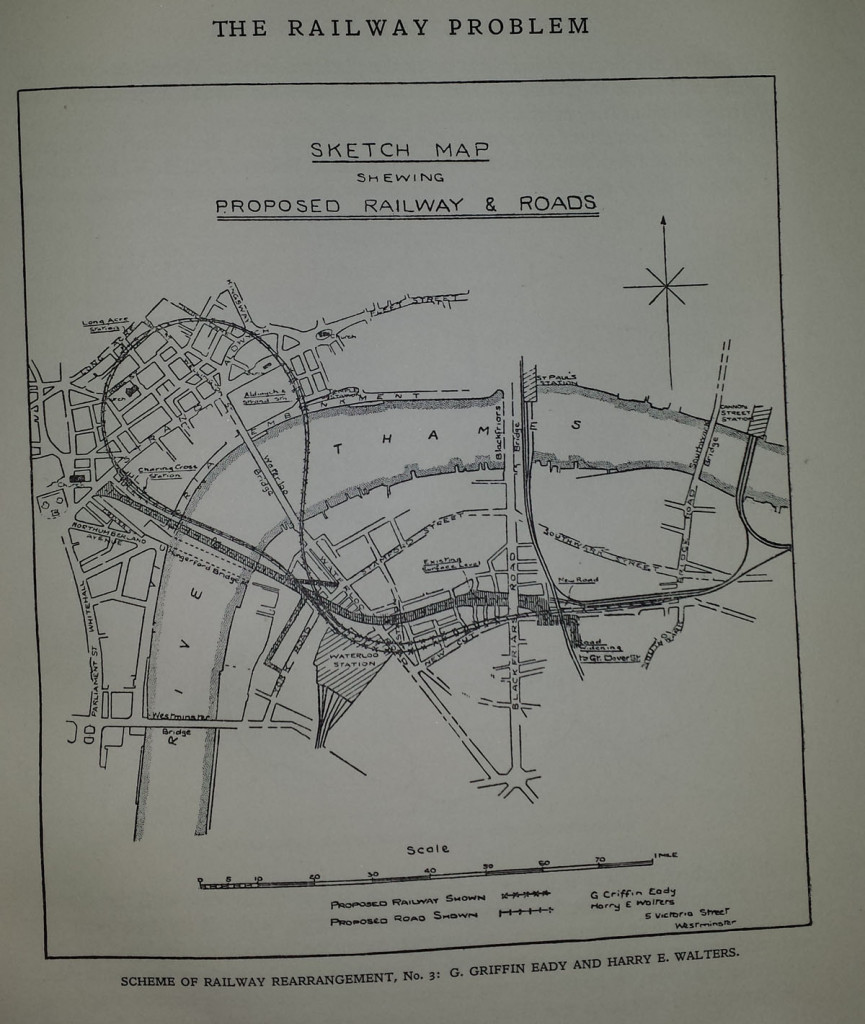 Of course, the railway tunnels were never built, and Charing Cross remains in situ today, along with the railway line snaking through Southwark.

But how different would the whole area look if it weren’t demarcated by a noisy railway line?