The 300 year old Chapel of Ease just off Oxford Street

Just behind Debenhams on Oxford Street can be found a building that looks like a church, but isn’t. A building that was consecrated, but not as a church, even though it is used for worship.

What was Oxford Chapel, then St Peter Vere Street, and now sort of a religious office block is in fact nearly 300 years old. 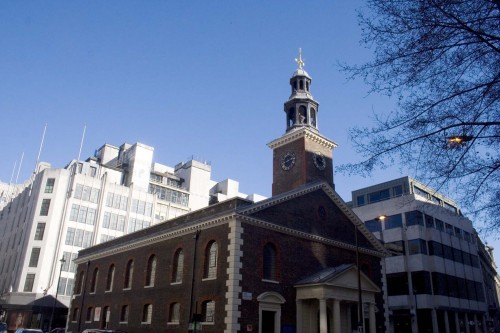 What was officially built as a “Chapel of Ease”, it was a sort of mini-church built for those who couldn’t make it to the main Marylebone parish church for services.

Although a modest little building, it has a grand heritage.

Built in 1722-24, it was designed by James Gibbs, who is more famous for the — at the time highly controversial — design of St Martin in the Fields at Trafalgar Square. What looks conventional to us today — of putting the church steeple above the main entrance, was radical at the time.

It’s curious that he designed both the Oxford Chapel and St Martins at the same time, and yet, frontage apart, they are such exceptionally different buildings. In part due to their size and purpose, but also in design.

The Chapel seems to have a sort of New England feel to is, as if an American building has been dropped into the middle of London, which is not entirely a surprise as the design found considerably more favour abroad than it did in the UK at the time.

Today though, the building is still technically consecrated as a place for prayer, it is actually occupied by the London Institute for Contemporary Christianity, who upon reading about them seem to be at the rather uncomfortable end of fervent religiosity for my taste.

Going in, I spied a chap sleeping in a huge leather chair in a side area, and through another set of double doors, and altar and decoration aside, I wasn’t that sure if I was in a church or not.

Well not technically, but in practice? The upper pews seemed to have been given over to office spaces, and while there were chairs on the open ground floor, they looked more like community hall than a place of worship.

Having interrupted two men in conversation by my arrival, they cheerfully confirmed that I could take a couple of photos, while they carried on their chatter. 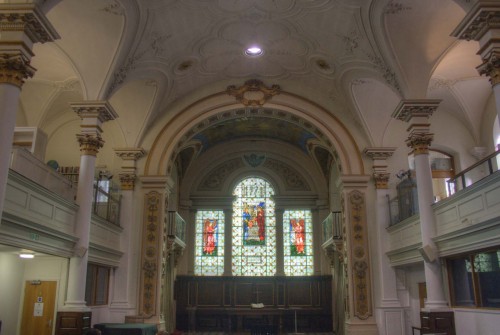 Ordinarily, I enjoy the peace and calm of churches as modest pools of silence in noisy cities. This one seemed deeply uncomfortable. As if I have walked into an office building, which is really what a lot of this Chapel of Ease seems to have become.

It is open to the public, but felt oddly unwelcoming. 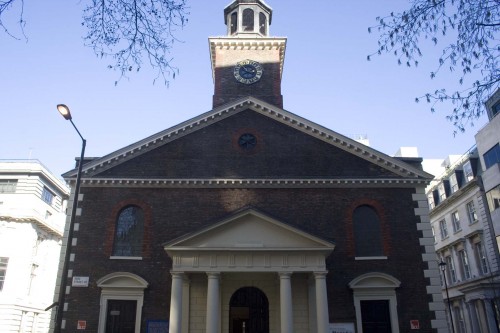