Published 21 July 2010 by By Ian Mansfield Events and Tours

Another year, and another annual cart marking ceremony carried out by the The Worshipful Company of Carmen.

I have written about the history of the tradition before – so I wont recount that again.

Today though, I noticed an interesting social phenomena.

The Guildhall courtyard is set up with some seats on the Southern side next to the old church, while rows of seats are set up on the opposite side next to the dais. Although anyone can sit anywhere (save a few reserved seats), somehow an invisible social line gets drawn across the yard.

By the church, people are largely dressed in casual clothing, while on the northern side, in general the men wear jackets, and the ladies wear hats.

Anyhow, although the cheap seats have a better view of the dais where the dignitaries sit, and can happily watch the vehicles drive into the courtyard, the actual cart marking is hidden from their view by the vehicle itself.

Sadly for those of us in the Dress Circle, who should have a clear view of everything, the view of the marking was usually obscured by a clutch of photographers fluttering around the event most of the time – although I suspect a few were shoo’d away after a while as just one official chap was left all of a sudden. 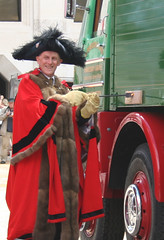 The event itself followed the usual routine.

A vehicle drives into the courtyard, stopped by the dais, where the Master Carman, and later the former Lord Mayor applies a hot iron to a wooden board to mark it (this year, the letter code is “S”). A few photos, and along comes the next “cart”.

Throughout, a commentary is given as to the heritage of old vehicles, or notes why modern vans are of interest. Half way though, the Lord Mayor arrives (although this year, a former Lord Mayor as the current incumbent is away on business) and once each vehicle has had its branding, they all parade through the courtyard once more.

As a morning out, it is one of my favourite City of London traditions to attend. The wide range of vehicles dating from 1880 to 2010 make it a far more interesting spectacle than a conventional heritage vehicle show.

Below are a few of the more notable photos 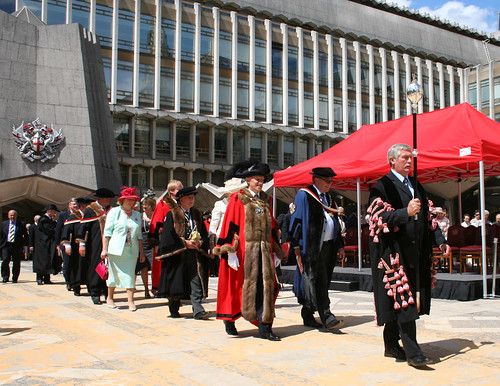 City worthies leaving the stage to the sound of trumpet heralds 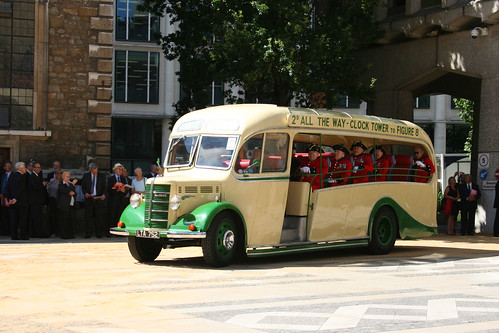 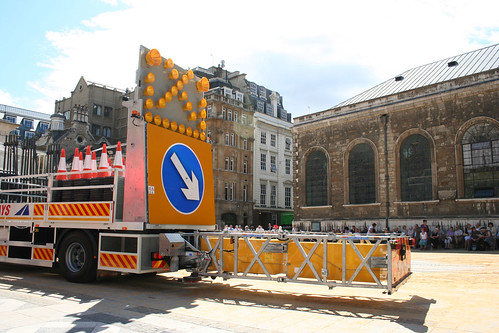 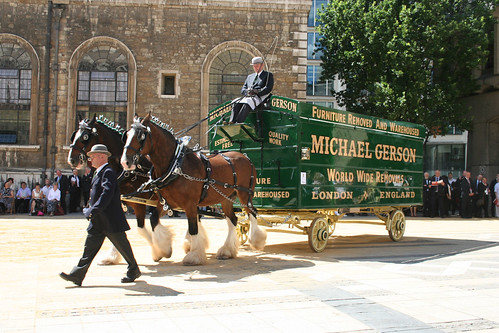 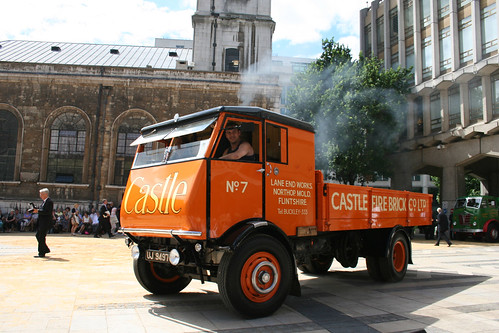 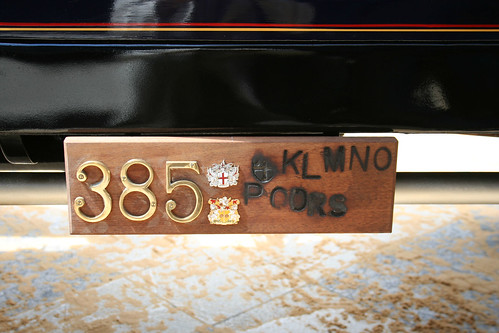 A branded board up close - note the S for this year. 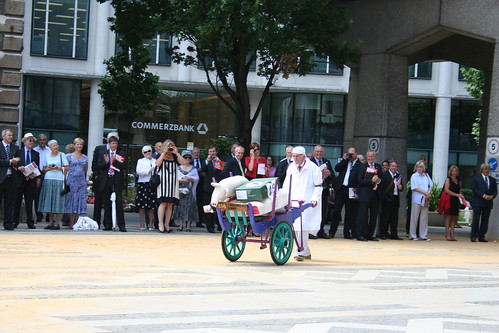 A Smithfield market Bumaree's handcart - from around the 1920s. 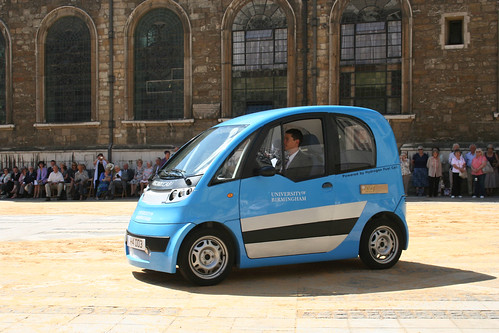 A battery powered cab designed by the University of Birmingham 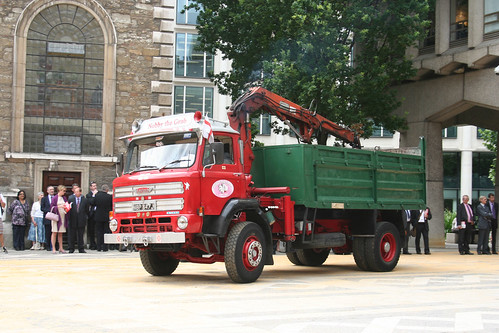 1 Pings/Trackbacks for "The 2010 cart marking ceremony"