That Magnificent Leonardo and his Amazing Machines

An exhibition of dual historical significance has come to the Science Museum, as huge models of Leonardo da Vinci’s wonderous imagination go on display.

Leonardo left behind only papers, but papers which inspired a thousand books, and in 1952, two museums restored a then somewhat fading reputation with two exhibitions, one in London, and one in Milan.

Post war economies made the London exhibition the smaller of the two, and finally, the Milan exhibition has come to London as well.

Bringing the display up to date though, these historical models are accompanied by a range of modern displays showing how the technical functions of Leonardo’s inventions would have worked. 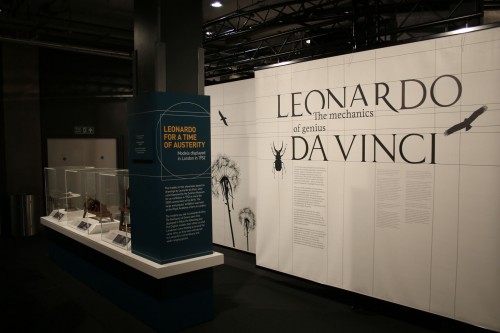 Leonardo was not unique in designing weapons of war for his paymasters, but he was the first to show how they would work, and how the gears interconnected with the mechanisms. At the time, probably akin to a magician revealing his secrets, it was these drawings which showed how Leonardo was provably superior to his contemporaries.

What was more remarkable though, was the breadth of his ideas.

Not content with just machines and models, he designed castles, fortifications, weaving looms, and even toyed with the impossible dream of perpetual motion. 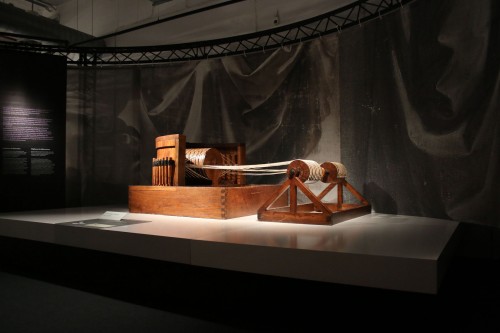 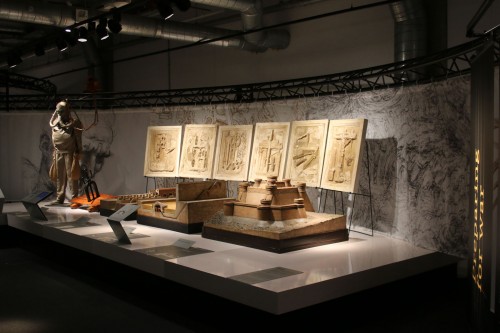 However, hidden behind a wall near the end of the exhibition is a model showing off his greatest constructions, which are now almost entirely forgotten — a dramatic stage set.

Animated automata and flames set to herald some rich noble’s wedding, these were the “olympic opening ceremony” of their time. Worth hunting out the display, if you can find it! 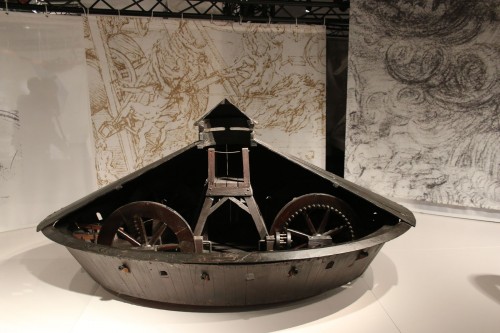 Also very easy to miss, and just outside the exhibition are three small models, from the London exhibition of 1952.

As the models were made to celebrate his birth, prepare yourself for several years worth of Leonardo, as we approach the anniversary of his death.

The exhibition, Leonardo da Vinci: The Mechanics of Genius is open until 4th September 2016, and entry is £10. 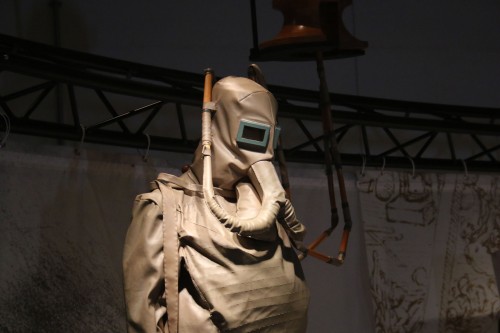