TfL’s Head Office to be turned into residential flats

Published 2 May 2014 by Architecture, Transport News

Transport for London has decided to convert its listed art-deco headquarters building into residential flats as it prepares to move east to newer offices.

In August 2013, TfL launched a competitive tender for architects to submit their proposals for the future of the building, which TfL plans to vacate in the future.

The winner is TateHindle, who proposed a conversion of the building into residential accommodation. Options for keeping it as an office, or turning it into a hotel were dismissed by the review. The residents at the top will have some pretty good views from their future living rooms. 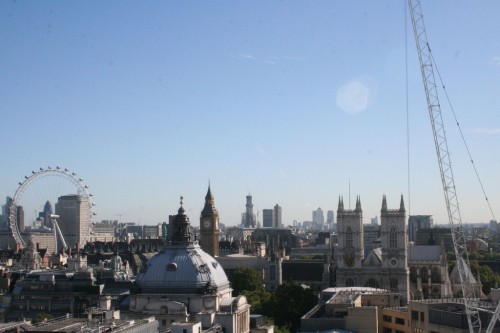 TfL will be working with TateHindle and will be leading on the planning application and the listed building approval process, rather than engaging with an external developer at this stage.

TfL then expects to submit the planning application in autumn 2014.

In the meantime, the building will continue to be used as an office for TfL staff with plans for staff to remain there until 2015.

At that point they move out to generic glass and steel offices in Canary Wharf and North Greenwich. The era of working  in possibly overdecorated, but wonderful for it, buildings is coming to an end.

There will be a day when the TfL roundel will no longer fly over the building. Lets hope they play the Last Post when the flag is lowered for the final time.

The building is occasionally open during London Open House Weekend, so this September might be the last chance to have a look around — if tours are offered. It would be nice to have a mass open-day sort of event to let the public inside for a good sniff around the place before the builders move it though. 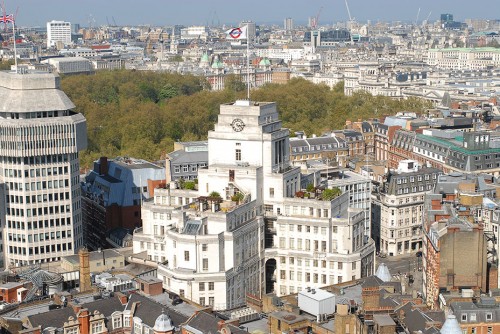 Designed by Charles Holden and built between 1927 and 1929, 55 Broadway has been London Underground’s Headquarters for over 80 years. The building was listed Grade II in 1970 and upgraded to Grade I in 2011 by English Heritage on account of its outstanding national historic and architectural interest.