The bi-monthly board meeting papers have been published on the TfL website ahead of their meeting next week, and a few interesting snippets have emerged. 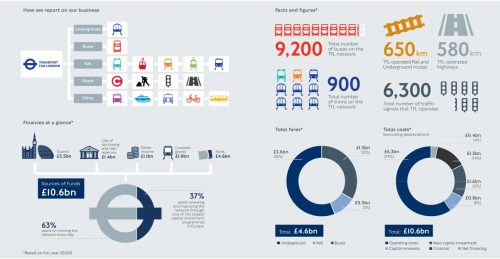 No huge surprise, as it has been in the news a lot, that the Mayor would love to take over some of Southern Rail’s franchise in London. What is interesting is that while the Mayor has been talking about sending in a crack team of TfL experts immediately if he could, TfL, unsurprisingly suggests that would be a bad idea.

The paper recommending that TfL bids to take over franchises when they come up for renewal notes that “When services were devolved previously the process took a minimum of two years.”

Indeed, it warns that the renewal of the franchise for rail services via Waterloo comes up too soon, and TfL might seek a delay to allow it to take over in maybe 2020.

They reveal that during 2015/16, over 2,500 requests were made under the Freedom of Information process. It is estimated that the cost, in staff time, of answering these requests is around £1.2m a year.

In your correspondent’s personal opinion, as fascinating as some FoI requests can be, at least half of the ones posted via the WhatDoTheyKnow website could be dealt with by customer service, or simply putting the information on the TfL website anyway as they know they’ll be asked for it.

Or just tell people who want a recording of bus announcements to sit on a bus for a day.

Reconfirmed that approval has been given to extend the third tracking of the West Anglia Main Line from Stratford – Tottenham Hale through to Angel Road. The project will increase services on the line from two to four trains per hour.

Bids to build the New Tube for London are due by the end of next week, with a tender expected to be awarded around Autumn 2017.

Extensive remodelling and modernisation of the Piccadilly line depots at Northfields and Cockfosters will need to take place before the delivery of new trains in the early 2020s.

The tunnel boring machines for the Northern Line extension are expected to arrive at Battersea in October, to start drilling the new tunnels.

The new north entrance to Victoria tube station should open by the end of this year.

Trials of a new lightweight door are being carried out on a Central line train, which has the potential to reduce the train weight by 1.25 tonnes. Less power (and waste heat) needed to move the trains and lower maintenance costs expected.

TfL’s income for the first quarter of this year came in at £1.6 billion. This was flat over the previous year as an increase in ticket sales revenues was offset by a decline in government grant.

Total capital expenditure was £825 million, with almost half being investment in Crossrail.

Cash reserves were depleted by £478 million to £2.8 billion (of which £1.2 billion is set aside for Crossrail). TfL ended the period with £8.3 billion of debt.

The board papers are published in full here.