Teenage bedrooms infest the Museum of the Home

Down in the basement can be found a mock-up of a strange place, of unusual decorations and motifs, of rebellion and solitude, of the teenager.

The Geffrye Museum has commissioned photos of 26 bedrooms from London teenagers, and also recreated one of them in an isolated cube that stands aloof from the rest of the display. 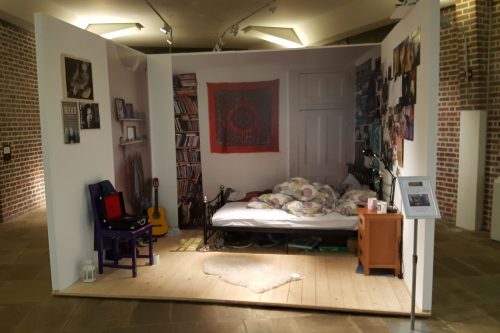 Most of the teenagers interviewed for the display said that they their rooms as a close reflection of their own individuality, changing as they change. Within the family home the teenage bedroom appears as a space apart, described by one participant as “like a house inside of a house”.

But the rooms are also a personal archive that contains recent memories as people mature and slowly put away childish things. 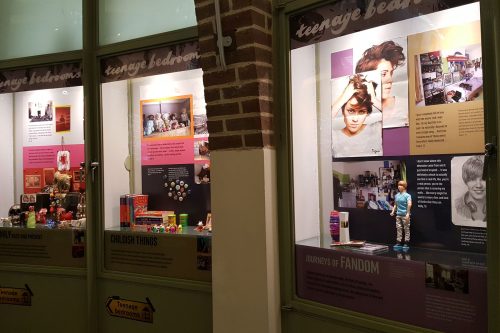 What is striking from the photos is how many are almost stereotypical, covered in pop posters, a certain level of shabbiness, and collected items that seem desirable, but just 6 months later will look dated.

Yet others are spotlessly clean, almost clinically so. They are doubtless inhabited by future estate agents getting in early with unrealistically ideal visions of home life. 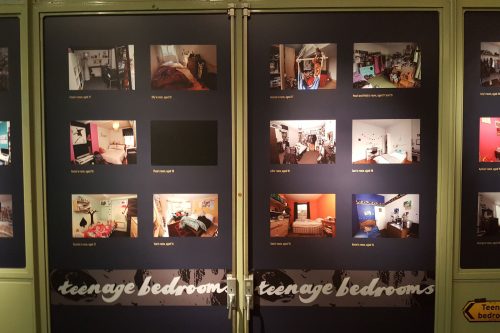 What is unrealistic, yet undeniably real is just how big some of these rooms are.

I’ve lived in flats smaller than some of those rooms. Either these pampered teens are in for a very rude shock when they end up leaving home for a tiny bedsit/flatshare, or their super-rich banking parents will be looking after them. 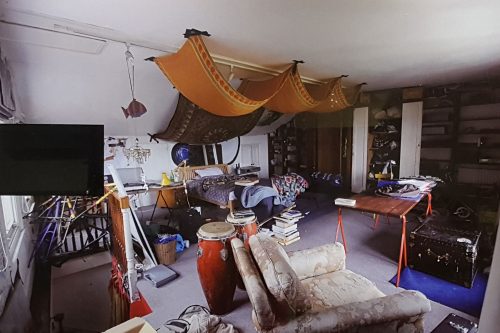 While bedroom refuges are seen as a transient phase in people’s lives, it is also one that is increasingly becoming normalised for adults.

For many of us in flatshares, the communal areas are shared, but we retreat to our bedrooms where we create our own adult “teenage bedrooms”, but out of necessity than desire, for that’s all we can afford in modern London.

Parents chastising to clean up have been replaced with fellow flatmates, of often dubious levels of cleanliness.

The teenage bedroom is in danger of becoming a permanent state of living for Londoners.

You can the future of London living at the Museum of the Home (ex Geffrye Museum) until the end of February 2017. As with the rest of the museum, entry is free. 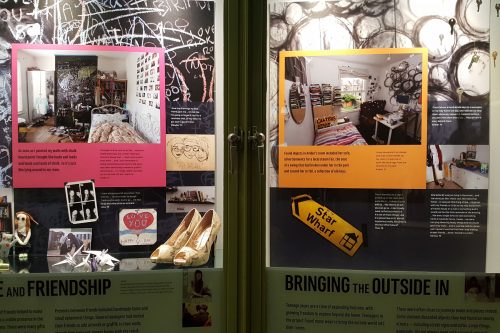 NEWSLETTER
Tagged with: Museum of the Home (formerly Geffrye Museum)