A mysterious train runs between North and South London during the week, direct between two stations that shouldn’t be possible to travel between. Once in the morning, and once in the afternoon – and never at weekends.

From Wandsworth Road to Kensington Olympia – this is London’s Parliamentary Train Service.

It doesn’t exist to serve our elected masters in Parliament, nor is it required due to some little known outpost of the Palace of Westminster in Wandsworth – it is in fact a relic, a remnant that exists simply because of a strange bit of legislation passed by Parliament.

Following the outcry that accompanied the swift culling of services following the Beeching Report, Parliament made it much harder to close lines down in future. In fact, it is now so difficult and expensive in legal hassle to close a line, that sometimes it is simply cheaper to leave an unnecessary service running. Pointlessly travelling between A and B, or calling at long since abandoned train stations, these ghost trains have been nicknamed Parliamentary Train Services.

And there is one such service in London, a relic left over after the paperwork to close the Cross-Country Birmingham-Brighton rail link accidentally forgot to mention a short stretch of track between Latchmere No 1 Junction and Longhedge Junction.

(Often incorrectly cited as the Latchmere Curve, which is a nearby, but a different bit of track)

Legally, that bit of track is still active, and someone has to run a “revenue earning train” across that track every day between Mon-Fri to comply with the requirements to keep the line alive.

I decided to do my bit to generate some revenue for it and went to catch the afternoon return trip, that leaves Wandsworth Road at 4:12pm and travels direct to Kensington Olympia arriving just 17 minutes later. To do that trip at any other time would involve changes at Battersea Park and Clapham Junction and would have taken 30-40 minutes, so the ghostly service has its uses.

Arriving at the unstaffed station which has little to appeal from the outside entrance, but has had a lick of paint at the platforms recently, and flowers that lined the slope suggest someone cares about the place. 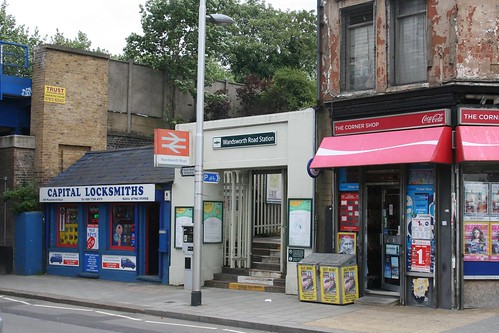 A self-service ticket machine, with coin slots blocked off – so payment by credit card for the special trip to Kensington Olympia. It may be an Oyster zone station, but anyone taking the special trip will want to buy a ticket for keepsakes. Won’t they? 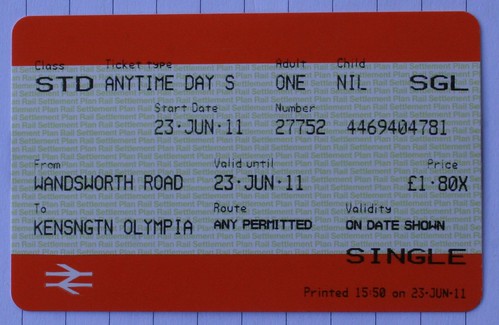 Of course, when you turn up to an empty station to try and catch a strange train, there is always the risk you have totally misunderstood what happens and wasted the afternoon. Until that is, you see the following on the announcement screen. 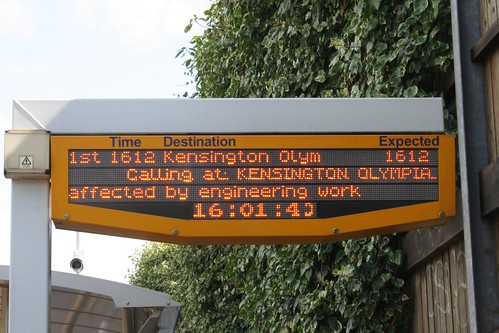 The local train route map by the entrance to the station was also reassuring, showing a strange line running from Wandsworth Road station that doesn’t appear on the usual TfL route map. 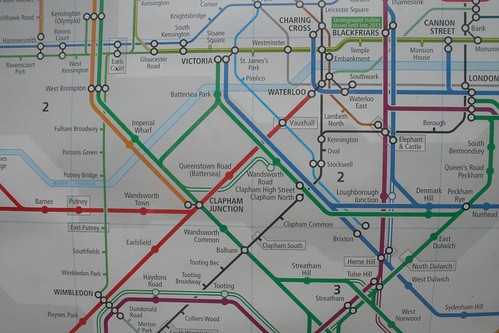 At 16:12 precisely, in came a…. freight train. Yes, the Parliamentary Train was being held up by a delivery of freight. I bet they don’t have this sort of problem in the Palace of Westminster.

Eventually though, in came the rather ordinary looking Parliamentary Train, which I really think should have some sort of banner on the front proclaiming its uniqueness. But the train company evidently disagrees.

Other local trains that had called at Wandsworth Road had two carriages, but this was a full four carriages long. And I was the only person to get on board.

How often do you get a private train all to yourself? 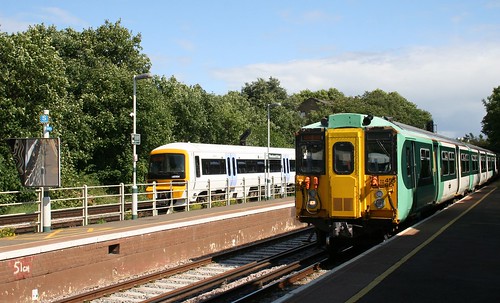 Leaving the station, past the German tourists who had just arrived and were waiting for a train to more sensible locations, and slowly the train curved away from the usual track and onto the remnant that was left open by an accidental slip of a bureaucrats pen.

Crawling very slowly over Stewart’s Lane Train Depot, and seeing it from an angle that is rather less usual than the thousands of people who pass by it would normally see.

A gentle meander around Pouparts Junction and under the tracks taking people on more conventional trips in and out of Clapham Junction. Out of the underpass and despite the late departure, a stop by a junction for a while, then a short trip to the very end of the errant length of train track, just above a road bridge, where we sat for a few more minutes.

Off again, and now we (and I say we for there was just myself and a train driver on this trip) joined the same line used by London Overground that runs up towards Willesden Junction and carries rather more passengers than the service I was using.

We may share the same tracks, but this is still the Parliamentary Service that only runs between two stations and wont stop for passengers waiting at intermediate platforms. So whizzing past Imperial Wharf and up towards West Brompton.

No stopping here – this is the IanVisits Express and it doesn’t stop to collect the little people! 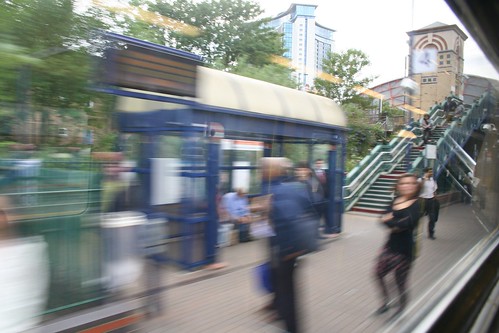 An unintelligible announcement from the train driver and a few minutes later we pull into Kensington Olympia, but not on the usual Northbound platform – for this is not a normal northbound train – but on the Southbound platform.

The Parliamentary Train has now shed its legally imposed identity and is now just a normal Southern train, heading, aptly southwards again a few minutes later. How many people waiting on the platform realise how special the train is as it pulls into the station?

For just over a quarter of an hour, I was able to have my own private train carry me from Wandworth to Kensington. How often can you get to do that? Well, every Mon-Fri afternoon as it happens. 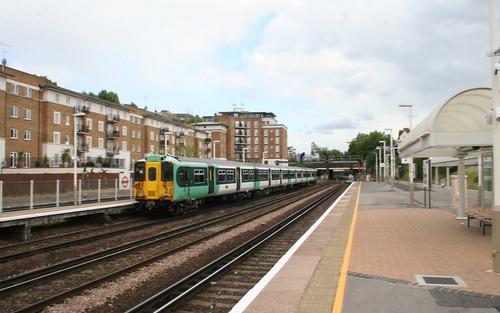 We can possibly laugh at the silly legal niceties that these Parliamentary Services throw up, and there are quite a few of them dotted around the country, but they exist as a consequence of public outrage at how easy it was to close train services in the past.

To abolish these wasteful Parliamentary Services would require a relaxation of those same restrictions that make it very difficult to close down services, and would you vote for such a change, knowing that your local service could vanish as a result?

As it happens, Southern is currently trying to extend the service one stop southwards to call at the more passenger friendly Clapham High Street. That may start at the end of this year – so if you want to catch a probably totally empty train, you need to get down there soon.