Published 6 May 2014 by Transport News

You’ve doubtless seen the elegant Eurostar trains gliding through London carrying Continental passengers, but did you know the very first Channel Tunnel passenger trains are now used on normal commuter routes, and thousands of people ride in them every day?

Today the news media will be talking a lot about the 20th anniversary of the opening of the Channel Tunnel, however, the more interesting anniversary actually takes place tomorrow, not today.

On this day, the dignitaries took posh trains through the Channel Tunnel. However, it was the following day that paying passengers were able to use the service — and they travelled on ordinary British Rail trains.

The formal public service in the swanky new Eurostar trains wouldn’t start for a number of months, but on 7th May 1994, the first paying passengers attended the “Folkestone 1994” celebrations and two fairly average British Rail Class 319 trains carried them into the tunnels.

They didn’t go far though — just over a couple of miles to a crossover point, and then returning.

The trains had to be specially modified to work with the higher overhead power lines, and the gap between train and the station platform was so great that planks of wood were needed to span the gap.

They might have only gone a few miles down the tunnel, but they were the first official fare-paying passengers to go inside.

Remarkably, those train carriages are still in use in London, on the Thameslink line carrying commuters on rather less glamourous journeys.

Units 319008 and 319009 can be spotted on the Thameslink like, operated by FCC as they have badges on the carriages. 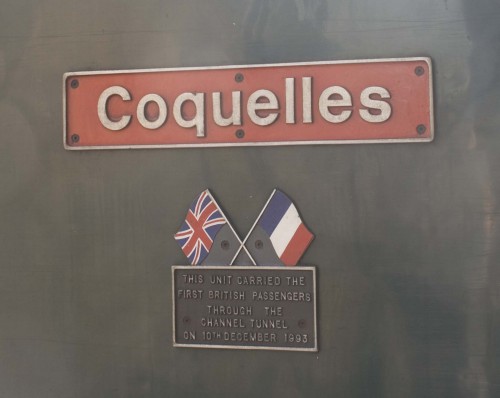 On the same day, they then went off to break the speed record for the trip to Brighton, with a trip of 37 minutes and 57 seconds. A record that was held for just over a decade.

However, if you use the Thameslink trains, look out for those banners — they are a much more important commemoration of ordinary people using the Channel Tunnel. 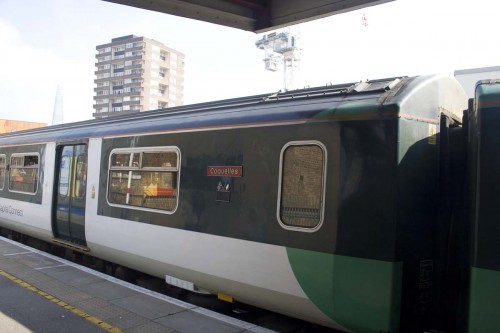