Over this weekend, there’s a chance to go down to the bottom of one of London’s canal locks, while it is being drained for maintenance works.

St Pancras Lock behind Kings Cross, built in 1819, is being drained of water this month to enable the charity Canal and River Trust to carry out repairs to the lock gates. 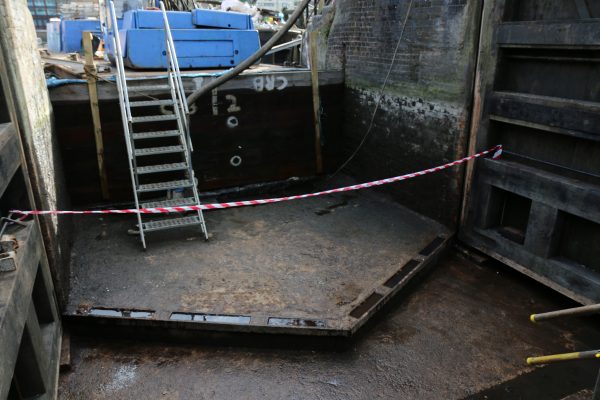 As part of an open weekend, there will be a rare opportunity to go down into the bottom of the lock and step onto the original Victorian era brickwork look up at the massive lock gates that are now in need of being replaced. The gates, made in Stanley Ferry, Wakefield last around 27 years before they need to be replaced — the wear coming how the wood is regularly exposed to dry and wet due to the lock actions, speeding up the rot in the structure. 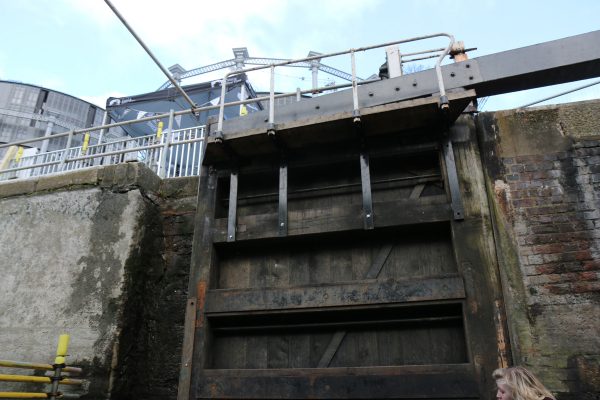 As part of the works, the lock chamber will be cleared of silt, and brickwork and masonry repairs will also be carried out. Each lock gate weighs three tonnes, and the current gates have been in situ since 1991. They are unlikely to be replaced again until at least 2037.

This means you won’t be going into this lock again until then, although the charity that now manages the canals aims to open more sites open during other restoration works. 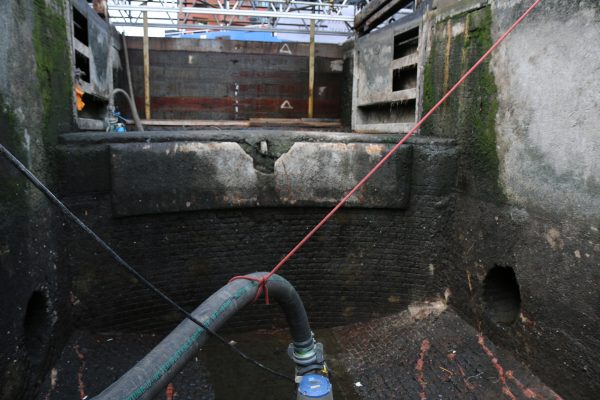 When the canals were the major cargo carriers they once were, lock gates were replaced overnight in a massive operation involving a huge army of workers. Today, with the canals more sedate, they are allowed up to 4 weeks to do the work, and restoration works that might have been overlooked when the canals were industrial rather than heritage.

The tours of the locks also include a now-rare chance to go up onto the roof of the nearby water tower. 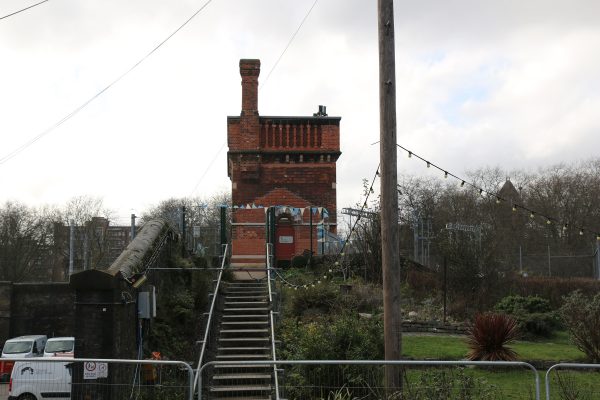 This grade-II listed building was originally built to supply steam trains with water and was taken by the builders of the Channel Tunnel Rail Link and moved several metres to its current location to make way for the Eurostar in November 2001. 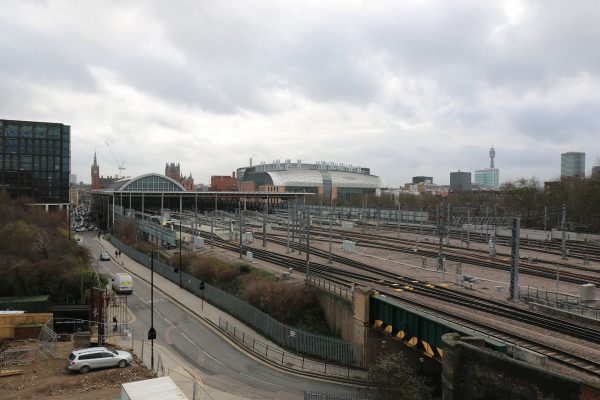 Going on the tours:

Tours of the lock and tower are free, and booking isn’t necessary. Head over to the Granary Square behind King’s Cross station, and follow the signs around to the gasholders.

The lock will be open to tours between 10am-4pm.

Sturdy footwear is recommended for walking in the lock chamber, if footwear is deemed inappropriate entry will not be permitted.

All the events are free, but donations will be collected.

If you are into collecting things, there will also be lumps of wood for sale — taken from an old canal lock gate last year — so you can own your own chunk of canal heritage. 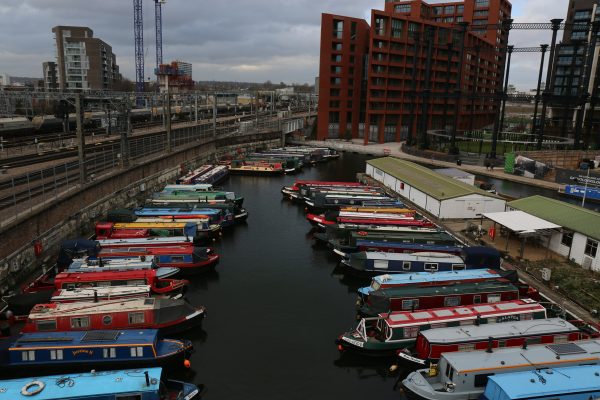 Other events happening over the weekend:

On Saturday evening (Feb 4th), the Trust will be hosting a one-off ‘gig in a lock’. Contemporary music composer and sonic artist, Kaffe Matthews, has composed music inspired by the sound of water as it passes through a lock, contrasting between the dramatic rush of water as the paddles are wound up, to the calm and serenity as the lock slowly refills. Kaffe will be performing the music at the bottom of the 14-ft-deep brick lock chamber.

The evening music event is Saturday 4th February, 6pm-9pm and will be on a first-come-first-served basis

Also on offer throughout the weekend will be boat trips from Granary Square to the London Canal Museum, heritage walks to the Islington Tunnel, bird box building and a host of other activities for children and families on-board Jenaa.