There is in East Dulwich a large supermarket, and it is frequented by many people visiting from the Denmark Hill side.

The approach through a council estate, skirting a wood, and then through a small grassy area. Yet, that little wood next to it happens to make for a much more pleasant way to secure egress to the store, and is curiously little used. 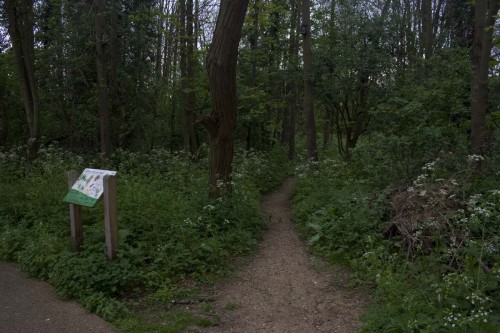 This is the strangely named Dog Kennel Hill Wood, which is odd because there never seems to have been any dog kennels at all on the site.

Until not too long ago, all around here was fields, until in 1904 a film studio was set up on the site. Not just any film studio though, but the Gaumont film company which was such a leading light in the early days of cinema.

They moved to their more famous home in Shephards Bush in 1912 though, and the land was then tennis courts until at least the middle of the 1950s, and later playing fields.

At some point, Sainsbury’s came along and plonked their giant warehouse of consumerism on the site, and the woodland, well, that was saved and is today looked after by a local association. 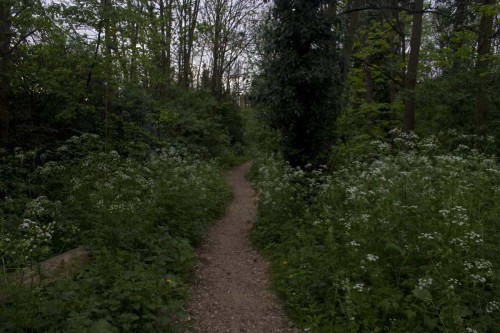 Today, there are a couple of paths through the wood, and one happens to be a much nicer route to the supermarket going through the wood rather than skirting around the wood.

There are a lot of bird boxes up high, and the usual beetle/bugs hotel down low. 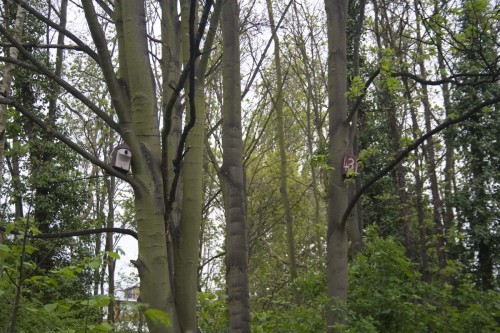 All in, a pleasant little detour.

Yet, oddly, hardly anyone seems to use it. In fact, I sometimes get odd looks when coming up along the gravel path to the supermarket from people preferring the paved path to how nature intended it. OK, it’s a bit muddy in winter, but what’s the harm in that, and quite fun in its own right. Then again, if more people did use the paths, maybe they would be worn away faster. I should keep quiet about it. Oops! 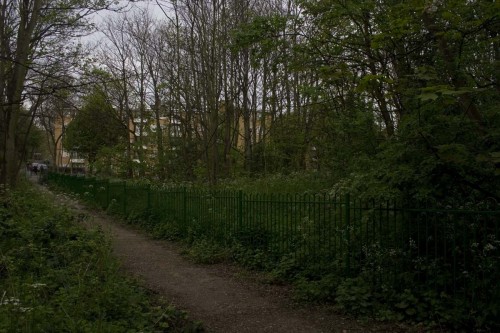