This is a short alley leading to a former public square lined with nice houses, but the alley is now much more famous than the public square.

This year marks the 100th anniversary of Charlie Chaplin's first full-length film as a director, and there will be a special screening in the atmospheric Wilton's Music Hall. 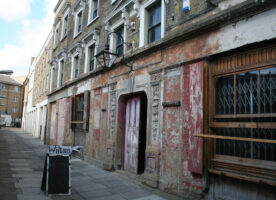 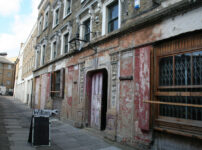 When theatre tickets were made from old beer boxes

The historic archive of the world’s oldest surviving grand Victorian music hall, Wilton's Music Hall in East London is to be conserved and made available by the Victoria and Albert Museum.