When the enlarged Whitechapel station opened last year, the Mayor of Tower Hamlets asked for signs to be added in the Bengali language. And now they have been.

A couple of weeks ago there was an opportunity to see the now completed Elizabeth line platforms on the day that the refurbished entrance to Whitechapel station opened.

Earlier this morning, Whitechapel tube station transformed from an ugly duckling into a swan, albeit one that's still shedding a few feathers in places.

One of the more complex stations being built by Crossrail is at Whitechapel where they not only had to build a new station above existing running railways but also tunnel underneath them as well.

Night Overground to call at Whitechapel from tonight

Ever since the Night Overground service launched last year, it has skipped Whitechapel station - but not from tonight. 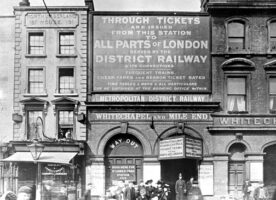 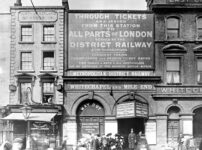