Found under the streets of London, a unique Roman stylus, with the most elaborate and expressive inscription of its kind has gone on display.

Bank tube station gets a new entrance under the Bloomberg building

A brand new entrance has opened at Bank tube station making the Waterloo & City line considerably easier to use, and reducing congestion in the ticket hall for everyone else.

If you are taking a picturesque walk along the Thames, right in the heart of the City's office world can be found this very industrial section of pathway.

The Museum of London has opened a new display which shows off finds from the lost Walbrook valley and beyond and represents over 170 years of excavation in London. 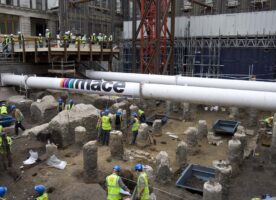 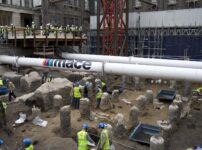