Plans to build a new second entrance at the overcrowded Surrey Quays station on the London Overground are now open for public comments about how the new station will look.

Housing development next to planned Overground station gets approved

A large housing development next to a proposed London Overground station has been given the go-ahead by  Lewisham council.

Plans to expand Surrey Quays station on the London Overground have taken a step forward after TfL issued the compulsory purchase order to buy the land it needs.

More frequent trains and a new station for the London Overground

The government has approved transport upgrade funding along the London Overground for more frequent trains and a new station at Surrey Canal Road, to unlock additional housing developments.

The areas around Rotherhithe and Surrey Quays were once a series of docks that were slowly filled in and lost in the 1970s and early 1980s. As befits an area that was originally a marsh, and then an industrial hub,… 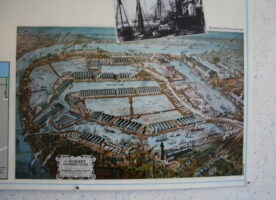 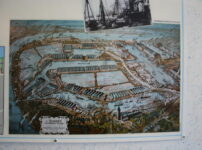 I was in the Surrey Quays shopping centre yesterday while visiting an estate agent, and just outside the toilets is a sign which shows some of the history of the area. It sometimes surprises people that the “docklands area” isn’t…