A nearly 500-year-old Tudor palace in the heart of London, built on the site of a leper hospital, and today the senior royal palace in the UK.

Great Pelicans have doubled in numbers in St James’s Park

Great White Pelicans are huge birds that you really don't want to get too close to, and their numbers have recently doubled in St James’s Park.

Named after an inn and a dark period of history, this rather posh passage and charming steps can be found just around the corner from Parliament.

There’s a garden inside a tube station ticket office

As part of the Chelsea Fringe, there will be a tropical garden installed in the former ticket office window at a London tube station, and you can have a look inside.

There's a basement behind a gated entrance in plain sight but hidden from view in central London which conceals a surprisingly large museum. 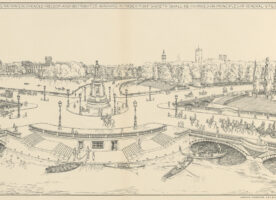 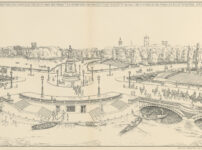 In the early 1890s, a Scottish architect published a grand scheme to rebuild central London. Away with tired old narrow streets and hello to Parisian boulevards. Goodbye to St James' Park and hello to a massive road network and roundabout.

A slightly weird email arrived today from the Royal Parks in London promoting a new website and marketing campaign they are running to encourage people to have picnics in the Royal Parks. What’s weird about it is that it is…

After spending Saturday morning at the London Library, I met a friend for lunch – which is usually food+beer followed by coffee. Alas, this time it turned into an all afternoon and evening drinking session and when I finally got…