Sitting next to Spitalfields dominant church is a small public park that's a remnant of a much larger graveyard that used to sit to the south of the church.

A herd of elephants can be seen in Spitalfields

There's a herd of 21 elephants in Spitalfields at the moment -- one adult and 20 orphaned juveniles.

Just to the north of Spitalfields Market is a public sculpture looking like a swirl of a person crouching down.

A 30-year project to uncover the secrets buried beneath Spitalfields has finally come to a conclusion with new revelations about a Roman burial.

Rabbitwoman and Dogman come to Spitalfields

Two favourite characters of a pair of New York-based artists have arrived in London - a rabbit-headed woman and a dog-headed man.

This is a narrow passage in Spitalfields that's the legacy of slum clearances in Victorian times.

Rose Court is a rather unappealing alley that looks like it's probably modern but is a relic of older times. It's also sufficiently small as to rarely appear on any maps.

An exceptionally long running and expensive court case has concluded with the decision to demolish a recently built nursery next to a famous church.

This insignificant little alley nonetheless has on its corner a relic of Spitalfields Jewish past.

Refugees as art in Spitalfields

A wooden boat that once raced across the waves stands frozen in time carrying passengers who never arrive.

This narrow picturesque alley in Spitalfields looks old and is indeed old, far older than it looks.

This wide and ancient alley is today a haven of heritage next to the bustling and crowded Commercial Street. 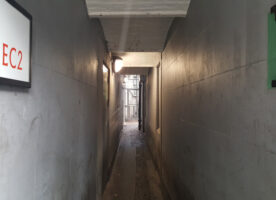 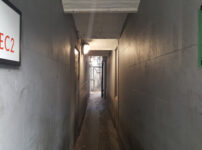 This easily overlooked gap in a row of shabby shops opposite Liverpool Street station is one of my favourite London alleys, because it's awful. 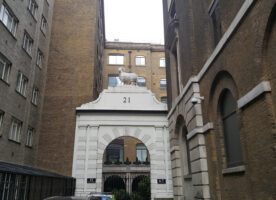 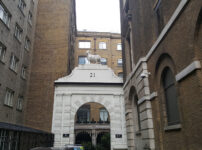 A name to conjure up a snigger, for there is indeed a giant cock on Cock Hill just around the corner from Liverpool Street Station.

A narrow gap in the wall of shops opposite Liverpool Street Station leads into one of London's narrowest and most curiously named alleys. 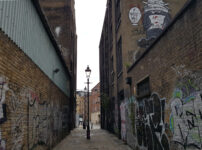 Although called a street, this is in fact an alleyway, or at least, enough of it is to qualify.

A very narrow little alley offers a mix of rubbish, polite flats, graffiti and the back door to a historic synagogue.

Tickets Alert: Take a Spitalfields journey back in time

Visit a Georgian home and a living Synagogue with special combined tours of both Dennis Severs’ House and the nearby Sandys Row Synagogue. 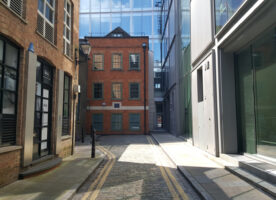 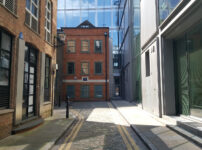 Just off the busy main road running between Liverpool Street and Shoreditch is a short little alleyway with a small dose of history about it.

GrandFest, a one day mini festival that celebrates the heritage skills of talented older people and presented by charity, Royal Voluntary Service, returns to East London again this year. 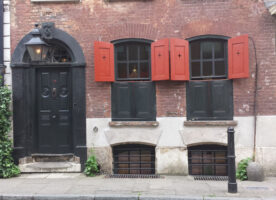 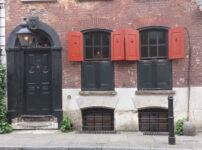 A silent house stands empty in Spitalfields, the master and servants have just left the room, candles glimmer in the darkness.