About the Somerset House

A collection of neo-classical buildings that now house a range of art galleries and museums, with various temporary exhibitions throughout the year.

Also offers tours of its historic undercroft at weekends, and often uses the main courtyard for large events.

Although admission to the site is free, some of the exhibitions will be paid entry.


IMPORTANT - Although venues are reopening, their hours may differ from normal, and most now need prebooking before you visit.

Conveniently timed for its debut at the Tokyo Olympics, there’s an exhibition about skateboarding at Somerset House, that looks at the associated skateboarding culture rather than sporting prowess.

Somerset House is filled with trees for the London Design Biennale

Somerset House’s main courtyard has been filled with trees until the end of the month, breaking a long-held rule that trees should never be seen in the courtyard.

Due to happen in January, now happening in the summer, the courtyard of Somerset House is to be home to a dodgem ride.

To mark the 70th anniversary of Dennis the Menace’s first appearance in The Beano, two exhibitions are opening in London to mark the event.

The courtyard of Somerset House, normally an ice-rink at this time of year, is to become a fairground dodgems ride instead.

Fungi, mushrooms, aids to food, lucid visions and artists – and now an exhibition at Somerset House.

Tickets Alert: Somerset House to allow ice skating at 3am

If going ice skating at 3am sounds like the sort of crazy idea that appeals, then read on. 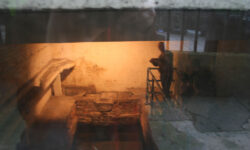 Somerset House has long been running short tours of the building which can take you down underneath the main forecourt into the deadhouse — but now they have added a new tour which offers a bit more.

I know almost nothing about contemporary music, but am on the mailing list for Somerset House for whatâ€™s happening in general at their venue. Having received a note about their Summer Series, what follows is just a notification that a…

I have just received the periodic email from Somerset House, which lists the things they have on each month and they are featuring an exhibition of photos of London taken by one Richard Bryant, a noted photographer. Apart from the…

Today, I paid a visit to the impressive Somerset House in central London for a tour of the buildings. They hold tours on the first Saturday of each month which last about 45 minutes and are free of charge. However,…

£13  Hair by Sam McKnight
A major exhibition celebrating the master hairstylist’s remarkable 40 year career, from the late 1970s to the current day.
2016-12-26
2017-03-12
Free  Game Changers
Discover how traditional forms of chess, billiards and mazes continue to influence designers making exciting new games today.
2017-04-07
2017-05-07
£11  Perfume: A Sensory Journey Through Contemporary Scent
Multi-sensory exhibition featuring ten extraordinary perfumes and their pioneering creators, who have radically changed our perceptions of fragrance over the last 20 years.
2017-06-21
2017-09-17
Free  Eloise Hawser: By the deep, by the mark
Fathoming flow in the body, the sewer, the river and the city – a new work by Somerset House Studios artist Eloise Hawser.
2018-02-03
2018-04-22
Free  Kimchi and Chips: Halo
A large scale, futuristic sculpture will bring the sun down to earth in a heady alchemy of nature and technology.
2018-06-08
2018-06-27
Free  Print! Tearing It Up
This exhibition charts the evolution of polemic and progressive print publications and celebrates the current diverse industry of innovative independent magazines.
2018-06-08
2018-08-22