The tallest building in the City of London, 22 Bishopsgate has reached the stage of "practical completion", and is starting to be fitted out for tenants.

New London skyscraper to sit next to the “Walkie Talkie”

Plans have been shown off for another skyscraper to sit next to the Walkie Talkie building in the City of London.

The City of London has released updated images of how its City Cluster skyline will look in 2026, including the now approved 100 Leadenhall Street.

A tower taller and wider than the Shard was once planned to stand in the heart of the City of London. Penned by Sir Norman Foster, the Millennium Tower would have stood more than 380 metres high and looked down on The Shard across the river. 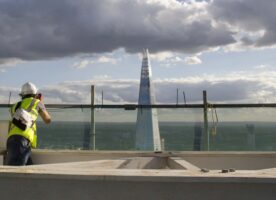 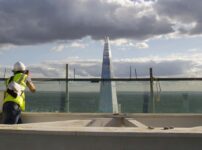 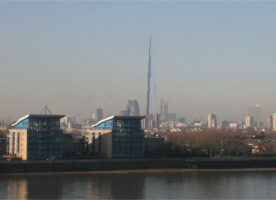 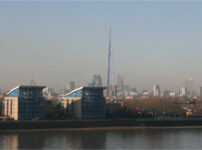 If the Burj Dubai was in London…

…what would London’s skyline look like? Well, a little like this: I’ve roughly compared the height of the Gherkin (180m) to the Burj Dubai (818m) to scale the source image. Obviously I’ve guessed where it might be located if it…