About the Royal London Hospital Museum

The museum covers the history of the hospital since its foundation in 1740 and the wider history of medicine in the East End.

There is a forensic medicine section which includes original material on Jack the Ripper, Dr Crippen and the Christie murders. There are also displays on Joseph Merrick (the 'Elephant Man') and former Hospital nurse Edith Cavell.

The museum is located in the crypt of a 19th-century church behind the hospital.

Statue of Queen Alexandra in Whitechapel

A rather grand bronze statue can be found stranded and surrounded by modern buildings in Whitechapel.

One of East London’s earliest hospitals is currently being gutted, and there’s been a chance to see inside as they work to turn it into Tower Hamlet’s new Town Hall. 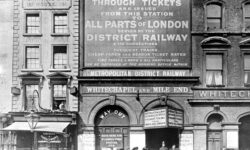 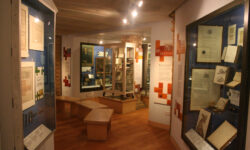 The Museum at the Royal London Hospital

For medical reasons, I am required to visit a hospital for prodding and poking every few months, and the clinic I visit was recently moved from Barts in the City to the Royal London Hospital in the distinctly non-regal Whitechapel.…