About the The Postal Museum

A museum of postal and Royal Mail history, and also tickets include rides in the Post Office's famous underground railway, now repurposed as a visitor attraction.

Tickets can be bought for just the museum, or for both the museum and the ride.

A cafe is also inside the museum.

£16  Sorting Britain: The Power of Postcodes
Discover the ground-breaking technology that changed the post forever in a new exhibition.
Open from Wed 30th March to Sun 1st January 2023 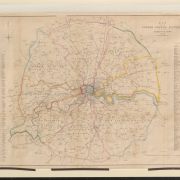 The Mail Rail is resuming its occasional walks through the old rail tunnels and will be adding an extra detour for Christmas to a part that’s not normally accessible.

Tickets Alert: Take a walk though the Mail Rail tunnels

The Postal Museum has announced fresh dates for the chance to walk through the tunnels under Mount Pleasent where the Mail Rail used to carry the post.

Tickets Alert: Take a walk through the Mail Rail tunnels

Postal Museum tickets on sale for a reopening from 20th May

The Postal Museum has started selling tickets for people keen to book a ride in the mail rail tunnels.

Tours through the Post Office’s disused Mail Rail tunnels will resume later this month having been closed since the pandemic lockdown started.

This coming Saturday, there’s a chance to walk through the tunnels deep under Clerkenwell once used by the Post Office’s private Mail Rail trains.

Take a drivers eye trip along the Mail Rail

While the Postal Museum is closed to the public, they’ve put a video of a trip down the mail rail tunnels on their website.

Free entry to the Postal Museum during May

The Postal Museum is marking the bicentenary of the birth of Queen Victoria by offering free entry to the museum — if your name is Victoria.

Chance to walk though the Post Office railway tunnels

There’s an opportunity to have not one, but three visits to walk through the Post Office’s famous railway tunnels over the next five years.

A new museum has opened in London, and deep underneath, it has the ultimate toy — it’s very own private tube tunnel railway, and you can go for a ride in it. 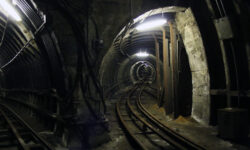 Take a ride through the Post Office Railway tunnels

Around the middle of next year, it will be possible to take a ride through the disused tunnels of the Post Office Railway. 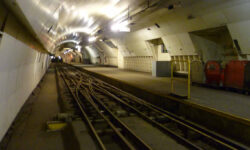 The abandoned Post Office Railway to be opened to the public

As I am sure you are all aware, the Post Office has its own private railway that runs under London and it lies abandoned and empty. However, it’s ghostly slumbers may be about to be disturbed.

£17  Wallace & Gromit Christmas Stamps Exhibit
This exhibit takes you behind the scenes at Aardman revealing the creative process of making a special set of Christmas stamps for Royal Mail.
2019-04-01
2019-06-30

£17  The Great Train Robbery: Crime & The Post
Explore one of the most audacious crimes of the 20th Century and the subsequent investigation, alongside other stories of crime through the post.
2019-10-11
2020-03-18

£0  Wish You Were Here: 151 Years of the British Postcard
This exhibition celebrates and explores the iconic role the postcard has played in connecting people for more than a century and a half.
2021-05-20
2022-01-02