Sudbury Hill Underground station on the Piccadilly line has become the latest tube station to go step-free, with the addition of lifts down to its platforms.

Depot upgrade at Cockfosters for the Piccadilly line’s new trains

As part of the preparations for the new Piccadilly line trains due to start carrying passengers from October 2024, several tube train depots need to be upgraded to handle the new trains.

Deep underneath South Kensington tube station, a huge project is underway to replace all five of the station's escalators, and all of them at the same time.

TfL has shown off the latest designs for its new fleet of Piccadilly line trains, including the new moquette that will adorn the seats.

Ickenham station in northwest London, on the Piccadilly and Metropolitan lines, has become the 84th station on the tube to have step-free access added to the station.

The final design and some of the engineering challenges for a new fleet of London Underground tube trains have been shown off by the manufacturer.

From late next February, Piccadilly line trains won't be stopping at South Kensington tube station while escalator replacement works are carried out.

More plans to turn tube station car parks into homes have been shown off - this time at Arnos Grove station on the Picadully line.

On Sunday 19th May, the London Transport Museum will be operating more trips with the 1938 tube stock train - this time on the Piccadilly Line.

TfL has signed a sale and lease-back deal to sell its fleet of Elizabeth line trains for nearly £1 billion to a consortium comprising Equitix Investment Management, NatWest and SMBC Leasing.

London Underground has formally signed a contract with Siemens Mobility to buy 94 new tube trains which will be used on the Piccadilly line.

Talks between the RMT and TfL to avert a strike on the London Underground this week have ended without agreement. 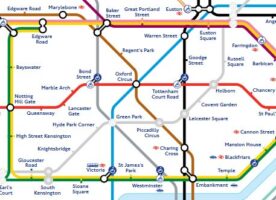 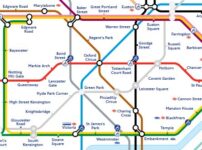 Piccadilly line drivers to strike this week from Wed to Sat

Unless it's called off at the last minute, there will be a tube strike starting on Wednesday evening and lasting until Saturday morning.

TfL has announced that it's awarding Siemens a contract of around £1.5bn to design and build 94 new generation tube trains for use on the Piccadilly line.

The long running debate about reopening disused tube stations has reared its head again with renewed focus on York Road just to the north of the revamped King's Cross station.

We recently marked the 40th anniversary of the Piccadilly line extension to Heathrow Airport, so here are some photos of its construction.

40 years of Flying the Tube to Heathrow Airport

Forty years ago, a world first occurred, as the first ever underground rail link between an airport and a city opened -- and it was in London.

London Underground has turned to a specially converted tube train -- known as a Rail Adhesion Train (RAT) to help remove falling leaves from the tracks this autumn.

Tickets Alert: Tours of the Piccadilly and Central line stations

The group, Modernism in Metroland will be running two tours later this year for small groups that will look at the modernist station buildings along the Piccadilly and Central lines.

More moves towards driverless trains on the Underground

A document has been published by the RMT claiming to have been sent to managers outlining plans to move towards driverless trains.