About the Petrie Museum of Egyptian Archaeology

Named after the founding father of modern Egyptology, this museum is housed within the university, and is a classic old-fashioned collection.

Expect lots of glass cases with lots of stones, pots and artifacts, each carefully labeled.

Might not appeal to people after bit more interaction, but that's part of its appeal, a solidly good collection of antiquities to look at.

One of London’s best hidden, yet perfectly sized museums is to become a bit easier to find as it gets a new entrance.

Modern shabtis in ancient settings – for one day only

Dotted around a museum filled with ancient Egyptian relics can be found a very modern take on an ancient religious art form. Ancient Egyptian shabtis were figures placed in tombs, to work for the deceased in the afterlife, but the…

The Petrie Museum of Egyptian Archaeology, that delightfully dusty museum in Bloomsbury has entered the modern age with a new 3D graphics library.

She who must be obeyed

Last night while various London notables were over at the Museum of London celebrating the launch of their new gallery, I was in a somewhat older museum sitting on hard plastic seats watching a DVD film. As part of their… 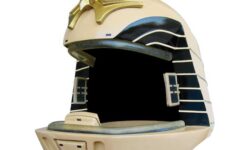 Suggest an evening that involves wandering around an old fashioned museum with a glass of wine and I am probably already interested – but throw in allusions to Dr Who and various other science fiction shows and we have a near certainty that I’ll want to turn up.

The Mummy – surrounded by Mummies

Last night I wandered along to the Petrie Museum for a rather interesting idea. The museum was hosting a small film event and was going to show a viewing of the Hammer Horror classic, The Mummy – which was rather…

Free   Different Perspectives: Archaeology and the Middle East in World War One
The exhibition is made up of a series of panels exploring aspects of the war in the Middle East and its legacy, including a timeline of events.
2017-06-13
2017-09-30
Free  Messages from Unknown
The works are inspired by their exploration of both the content of the papyrus stories and the conservation and collections care of papyrus materials in museums.
2018-05-01
2018-06-02

Free  Sounds of Roman Egypt
This exhibition explores the objects people used to make music, what they sounded like, and how instruments were used in Romano-Egyptian rituals, homes, and childhood.
2019-01-22
2019-06-08

Free  From Gurob to the Getty: The Voyages of an Ancient Egyptian Ship-Cart Model
Explore the ancient and modern contexts of one of the most important artefacts in the Petrie Museum: an ancient model of a ship-cart excavated from a tomb at the site of Gurob.
2019-06-18
2019-10-26