This triangular plot of a park can be found just off the Old Kent Road, and is the result of housing clearance in the 1970s.

A long-running project to upgrade the cramped Peckham Rye station has taken a step forward as Network Rail has announced which of the various options it will go with.

Just off the Old Kent Road is a large set of almshouses built just under 200 years ago and in the middle is a large and atmospherically decaying chapel building.

A large warehouse in Peckham is being converted into a scary forest with a pop-up cinema for Halloween.

Peckham Rye station has secured a £1 million grant in funding to work on designs for a more accessible station with more capacity and better facilities for passengers.

Peckham’s own “highline” moves forward to being built

A mini-Highline is a step closer to be being built in Peckham following the completion of the crowdfunded feasibility process.

Dripping blood on display in Peckham – as Art

A warehouse in Peckham is filled with blood at the moment, pumping, dripping, splattered, filling a gallery with the life force of humanity.

The people behind plans to convert a disused railway in Peckham into a public walkway are seeking financing through a crowdfunding campaign to raise £66,000 in start-up funds.

A hidden garden of delights in Peckham

If you pass down Choumert Road from Peckham Rye station, you may occasionally stop to look at a locked metal gate protecting a verdant alleyway. Ordinarily, only those who live within can turn left into first class accommodation, but just once a year, all and sundry are invited within.

Short notice as I have only just become aware of this, but a 34-metre high tree will be carried through Peckham tomorrow (Fri) lunchtime. 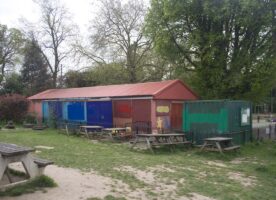 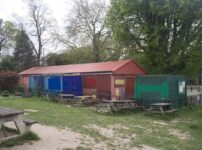 It's a bit odd but when you think of prisoner of war camps from World War 2, it seems likely to think of the rural areas of England away from the populace, not right in the heart of London. 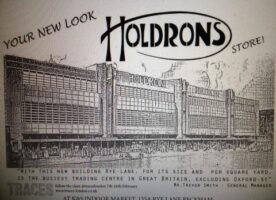 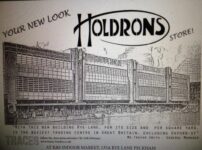 There used to be an outpost of Selfridges in Peckham, back in the days when Peckham was seen as a destination shopping street.