Night Tube to be restored to the Jubilee line next month

The Night Tube, which currently runs on the Central and Victoria lines will be joined by the Jubilee line from the evening of Saturday 21 May 2022.

Tube union starts first of 6-months of strikes this evening

The RMT's long-running campaign against changes to Night Tube driver rosters will continue tonight with the first of a new round of strikes.

The RMT union has confirmed that it is planning to extend its dispute over Night Tube duties with strikes every weekend until June 2022.

Tube strike on the Night Tube tonight and Saturday

The Night Tube services on the Central and Victoria lines will be hit by strike action again from tonight, as the RMT continues an ongoing campaign against changes to driver rosters.

Unless called off at the last minute, the RMT union will start a series of tube strikes on the London Underground in the run-up to Christmas, in a dispute over changes to driver duties for the Night Tube.

London Underground to be hit by strike action

The RMT union has called strike action that will affect the resumption of the Night Tube which is due to start in a couple of weeks time.

London Underground to resume the Night Tube next month – partially

London Underground has confirmed that the Night Tube will resume service from Saturday 27th November, but only on the Central and Victoria lines initially.

The night tube launched on 19th August 2016, three years after it was announced by Boris Johnson, and the expected boost to the London economy is now thought to be higher than originally expected. 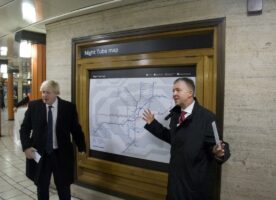 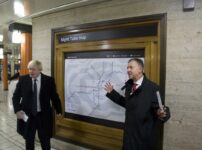 London Underground has announced a number of radical changes to how the service will work, some will be welcomed, some probably opposed, and in all likelihood, some will not even be noticed.