The Elizabeth line has appeared on the new tube map

TfL has, just in time for the launch, released its latest tube map which now includes the Elizabeth line, along with a new sponsor and the London Overground extension.

A new tube map has been published

A new tube map has been released showing a number of changes to the service, including the forthcoming partial closure of the Northern line.

Petition to rezone Woolwich on the tube map

A petition has been set up calling on the Mayor of London and TfL to move Woolwich from Zone 4 to Zone 3 on the tube map travel zones.

Thameslink is back on the London tube map

The Thameslink line is back on the tube map following a long-running campaign. The restoration to the map sees Thameslink services within Zones 1 to 6 (as well as Dartford and Swanley), shown on TfL's maps.

Thameslink could be appearing on the Tube map soon

The London tube map could start showing the north-south Thameslink line again according to a written answer from the Mayor of London.

Fancy a tube map with a difference? How about one made from a circuit board - with lights that show live train movements?

A report on improving accessibility on London's Transport services has called for the fully accessible Thameslink line to be on the Tube map as a matter of some urgency.

The Science Museum’s “tube map” of the Solar System

Spotted this in the Science Museum the other day - a range of goods for sale with a map of the Solar System which will look very familiar to London Underground fans.

A new tube map has been released ahead of the official launch of TfL Rail services out to Reading in a couple of weeks time.

Last week you might have noticed the pocket sized tube maps handed out in tube stations changed -- with a new cover design.

Tube maps in other languages

It's not highlighted that well, but the TfL website has a range of tube maps in languages other than English.

You might have seen some new signs popping up around the tube stations recently showing off London Underground's heritage.

This Ferrari is covered in a London “tube map”

Want to see a Ferrari sports car covered in a London Underground style tube map? Here's one for you.

A photograph of a London Underground tube map made in a WW2 prisoner of war camp has emerged from a collection taken by a British inmate in the prison camp.

A new tube map has started appearing in London Underground stations, and there's a lot of changes to this edition.

Go back in time with these old tube maps

No one will care about this whatsoever, but there's an archive of the maps used inside tube train carriages on the TfL website. 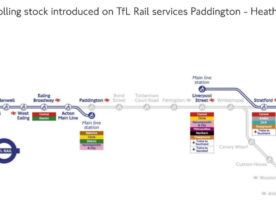 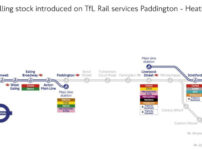 The five-stage launch of the Elizabeth line (nee Crossrail) has been highlighted in a series of new tube maps included in a forthcoming report on preparations for the service launch. 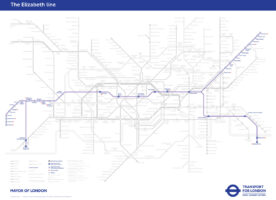 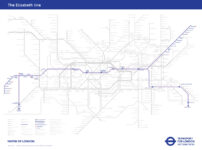 Why is the Elizabeth line not on the tube map?

The latest edition of the tube map is missing something -- an entire line has been omitted from the map -- where is the Elizabeth line? 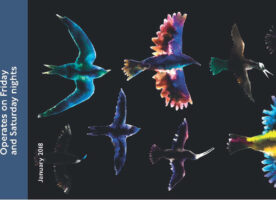 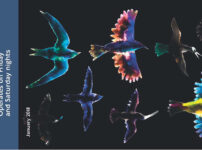 The paper night tube map has a new cover -- it's third, designed by London-based artist Marianna Simnett which shows a flock of luminous birds falling against a black night sky. 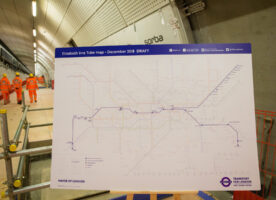 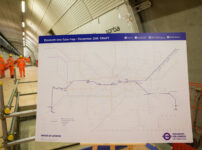 With just under a year to the first passenger trains, a new tube map has been shown off including the Elizabeth line (nee Crossrail) as it will be when the service launches in December 2018. 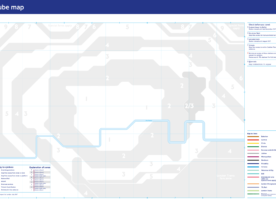 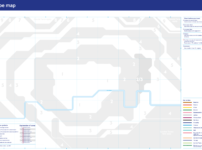 The annual gift of a tube map for Christmas Day.

A tube map for the Milky Way

A variant of the tube map has been created that shows every constellation in the night sky as a train station on a map of truly galactic proportions.

For the 26th edition of the pocket Tube map, Art on the Underground has commissioned Dutch artist Lily van der Stokker to create a new artwork - her first public commission in the UK.